Pakistan army and the latent power of cinema 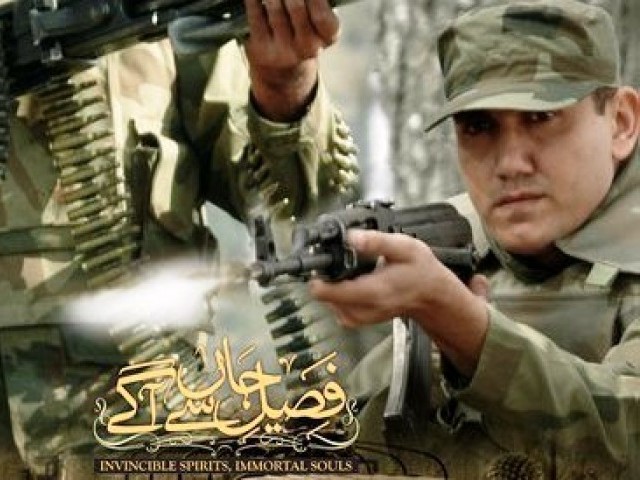 It’s safe to say that as a nation we don’t believe in the power of cinema. While it’s true that currently Lollywood doesn’t offer us much in terms of cinematic thrills, it doesn’t mean it has lost the power to deliver.

Recently, the Inter-Services Public Relations (ISPR) in collaboration with a private production company launched Faseel-e-Jaan Se Aagay, a drama series based on the true stories of the brave Pakistanis who stood firm in their fight against terrorism. The principal objective of this drama series is to pay homage to those who sacrificed their lives in the name of their country and to create awareness among the masses about the terrorists’ nefarious tactics.

In my opinion, this project is a great step in the right direction, but I wonder if someone in the corridors of power will think to highlight these stories through the larger screens of cinema. The impact of a certain message becomes manifold if conveyed skillfully through a film.

Rang De Basanti, a 2006 Indian film, brought many non-resident Indians (NRIs) back to India many of whom said that after watching the film they felt the need to serve their own country and fight corruption instead of enjoying facilities in developed countries.

Just one movie stirred an entire society and was followed by a clutch of television productions centered on real local heroes to salute them for their services. Pakistan also has excellent examples of creating awareness through films, such as Khuda Ke Liye and Ramchand Pakistani.

Pakistan is fighting terrorism and has sacrificed more than any other country in the world. The stories of sufferings deserve to be highlighted across the world. Our unsung heroes deserve to be praised and acknowledged worldwide and no medium can be more suitable for this than motion pictures.

It’s true that we don’t have adequate facilities, but we have excellent stories. All we need to do is trust our directors; to rejuvenate, even the slightest, belief in the power of cinema and show the world what Pakistan has in store!