Should the internet be the one teaching our children about ‘the birds and the bees’? 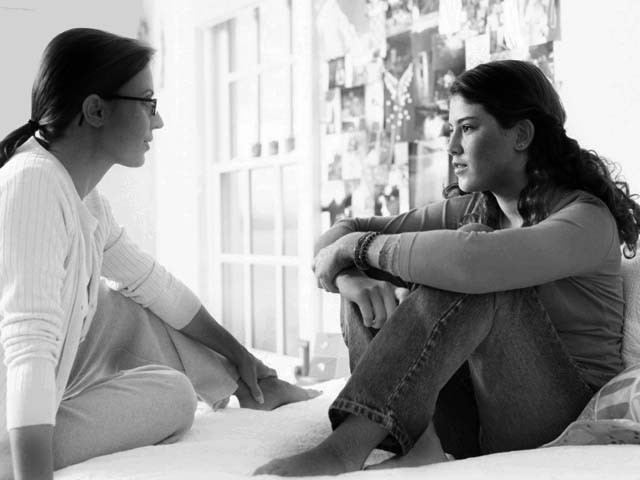 Parents can regularly listen to children and understand them without them fearing judgment or hate from you. PHOTO: TWITTER

You know they say that ‘hormonal teenagers’ is a cliché?

And do you know what they say about clichés?

They say that most clichés are true. And they are.

And hormonal teenagers are the truest clichés in the universe.

Psychology and medical science tell us now more than ever; if there was ever a time to accept this cliché and all the baggage that comes with it, it’s now. More parents, logically, should accept that between the ages of 13 to 18, young adolescents go through various surges of hormones in their bodies and sexual arousal is also a part of this physiological development.

Logically, more parents should help their children process this transition and accept the various changes their body is going through. Whether it is that of rage, sexual maturity, depression, anxiety or any other adjustment their body is making or getting used to. This is one of the most critical stages of their personality development and how they handle their changes and emotions and the choices they make at this stage may as well define them for the rest of their life.

Ironically, while Pakistani authorities seem to be doing all within their purview to clamp down on information regarding sexual health (no pun intended whatsoever), Rutgers World Population Fund, an international NGO dedicated to young people’s health and development, published a study where it stated that adolescents, which make one-third of Pakistan’s population, still do not have a lot of awareness about the various psychological and physiological changes that occur in their bodies. They are also deprived of the basic rights to learn about these topics since taboo and stigma regarding sexual health is extremely strong in Pakistani society.

Regardless of how ostrich-head-in-sand-like attitude Pakistani parents attempt to act, teenagers will be teenagers. And now with smartphones and 24 hour internet connectivity, their ‘questions’ and curiosities about their bodies and sexuality as well as emotions can be easily answered by the Google magic. The question is – are parents comfortable with their children finding out about the birds and the bees from Google instead of a trusting, reliable and understanding adult in their own family?

Horrifyingly, teenagers are relying on shady websites to educate them and provide them with assistance regarding prevention of pregnancies or to improve male potency. I even once came across an ad on Facebook that claimed to sell you a cream that could prove to your prospective groom that you’re still a virgin.

Before you label me as an agent of Jews or an “NGO aunty” (yes, I’ve lost count on how many times I’ve been called that) or a ‘liberal fascist’ out to destroy the moral fabric of Pakistan, do remember that this is the life and safety of our kids at risk. A lot of these shady websites sell unapproved or potentially unsafe drugs that can cause serious mental and physical distresses in an individual.

There are numerous ways to have this conversation with our children. You can even get mental health professionals involved. You can sit down with doctors and/or just have private conversation with your child/teenager. You can regularly listen to them and understand them without them fearing judgment or hate from you. They’ll get plenty of that from their peers and the rest of the world. As a parent, it’s your job to make them feel safe and comfortable.