Dear PEMRA, on behalf of all Ahmadis, we urge you to stop taking notice and start taking action 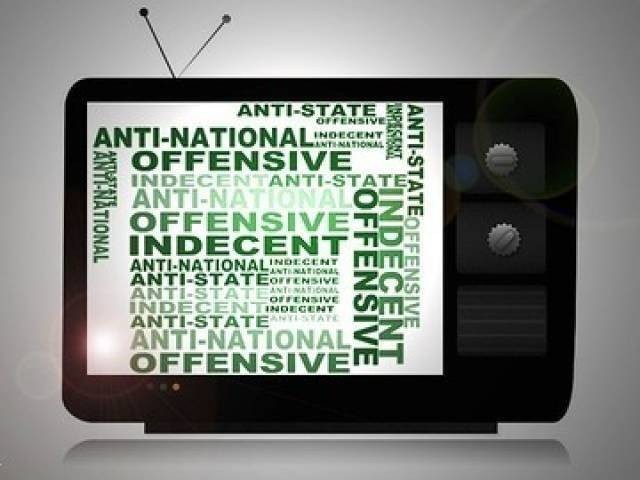 On Thursday, the Pakistan Electronic Media Regulatory Authority (PEMRA) “took notice” of the telecasting of “provocative” content by NEO TV and 92 News targeting the Ahmadi community. It released a statement to the effect that the complaint had been forwarded to its Council of Complaints and the television channels had been notified.

This is a commendable action by the media watchdog and one hopes that the “notice” will be followed by stern action. PEMRA has a reasonable 24-point code on what constitutes hate speech which it has not effectively implemented in the past. It is time it started doing so.

To provide some background, NEO TV, in its program Harf-e-Raz and Channel 92 in its show Subh-e-Noor had both telecast content that branded Ahmadi’s as “traitors to Islam and Pakistan.” Not surprising that the main protagonist in this sordid saga is Orya Maqbool Jan, that ubiquitous reality-TV inquisitor of all things blasphemy and heresy. It seems this desi Torquemada is not content with the widespread persecution of Ahmadi’s that already exists in Pakistan.

It is unclear exactly what he is seeking to achieve by his continuing tirades of hate speech against the Ahmadi community, but what is undeniably clear from past experience is that it puts Ahmadis at risk. Clerics had labelled Ahmadis as traitors on Aamir Liaquat’s morning show on Geo TV twice, once in 2008 and then in 2014. The first time, two Ahmadis were shot dead a day after the telecast. The second time an Ahmadi was killed five days after the program was telecast. In this context Orya Maqbool Jan’s proclamations are particularly dangerous, distasteful and inexcusable.

It is also important to put the aforementioned telecasts in the context of the recent highly inflammatory statements made at the September 7th Khatm-i-Nabuwat conference which was provocatively held in the Ahmadi spiritual centre of Rabwah and shamelessly timed to coincide with the anniversary of Ahmadis being declared non-Muslims through the Second Amendment of Pakistan in 1974.

The fieriest speaker on this occasion was a Pakistan Muslim League-Nawaz (PML-N) Punjab Assembly member, Maulana Ilyas Chinioti. Like Mr Jan, Ilyas Chinioti has also found anti-Ahmadi propaganda to be the slam-dunk modus of receiving attention and gaining popularity. During a session when the Punjab Assembly was discussing the violence in Indian-occupied Kashmir and debating whether or not to honour Arundhati Roy, the indomitable Maulana Chinioti was insisting on the assembly taking notice of Professor Abdus Salam being referred to as a Muslim in the media.

The man appears to know his priorities well.

This is the thing; when we have incendiary after incendiary trying to light the fire of hatred, it is only a matter of time before we have an inferno.

I am a zealous proponent of free speech. I believe that unless the members of a society are able to exercise their right to express their opinion without fear of murderous retribution, defeating demagoguery, corruption and injustice is impossible. Indeed, the most basic element of human liberty is self-expression through speech, art, culture and ritual. Freedom cannot exist within confines dictated, patrolled and enforced by others. I draw the line, however, when someone’s speech targets the weakest and most unrepresented members of society.

It is time the government started to fulfil its responsibility towards Pakistan’s minorities and drew that line as well. If to serve its own purposes it can make virtually anything it deems offensive a crime in the Cyber Crimes Act, then it can certainly do the same for a better purpose by legislating and appropriately enforcing hate speech laws.

These bullies with dime-store haloes who wish to continue abusing our patriotic and sincere minorities must have their soap-boxes taken away from them. Their provocation and intimidation must have legal consequences.

In the final analysis, people like Orya Maqbool Jan and Ilyas Chinioti thrive because too many of us fall prey to their garbage; too many of us cheer them on. As a nation we must realise that if we look away from regimentation and tyranny within our society we will one day find ourselves surrounded by it-and eventually become its target.