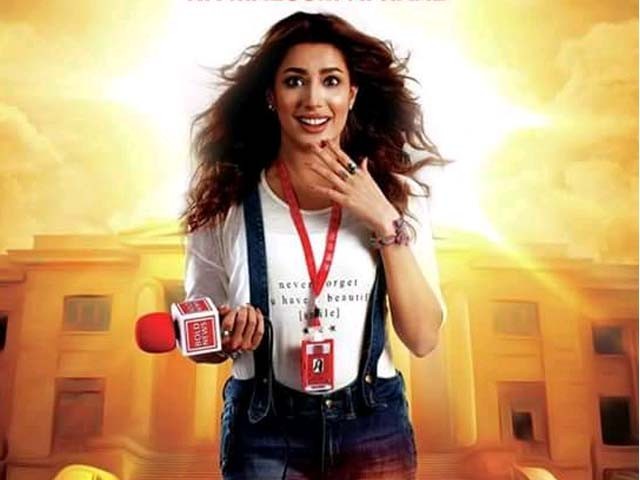 The fact that Actor in Law’s Meenu Screwvala was a Parsi girl dawned on audiences towards the second half. PHOTO: IMDb

I still remember when I was first introduced to The Mindy Project by a friend while sitting in her apartment in DC back in 2014. We started binge-watching it for a few nights after dinner during my brief stay with her.

When I returned to my internship in Vancouver, I heard one of my colleagues (an Indian-Canadian woman) raving about it. Mindy Kaling is undoubtedly a talented lady and the show has been quite popular – on a separate note, there was something about it that made all the brown girls go crazy. They finally got to see a brown woman in a lead role; not just as a mysterious exotic femme fatale but as an independent and intelligent woman trying to make it through her career and love life.

Critical race theorists have spoken at length about how women of colour are depicted, particularly in the media. Only recently have they been assigned leading roles, providing considerable voices to their cultural ethos, whilst showcasing a heroine that mainstream audiences can also relate to.

But this Eid, I was pleasantly surprised by the manner in which Pakistani cinema projected minority voices. I’m using the word ‘minority’ not only to refer to their population size, but to reflect the diverse religious and ethnic communities of Pakistan.

It only dawned upon the audience during the second half of Actor in Law that Meenu Screwvala was a Parsi girl, even though it was hinted at earlier on (Mehwish Hayat’s accent and her Parsi mother’s dressing). Not only was she employed in a mainstream private news channel, her character was illustrated as an independent and head strong female. Interestingly, towards the end of the movie, her marriage with the male Muslim lead is glorified by referring to the Quaid (who had also married a Parsi girl).

Meanwhile, Meena in Janaan is a fun loving and high spirited Pakhtun girl who has grown up abroad. The fact that her English accent is thicker than her Pakhtun accent is an apt reflection of her immigrant persona. Although the male lead, Asfandyar, fits the reserved yet aggressive young-blooded male Pakhtun model, he speaks impeccable Urdu with only subtle hints of a Pakhtun accent. The obstacles that inter-ethnic unions have to face were portrayed commendably by the film makers through the wedding of the Pakhtun Palwasha to a Punjabi boy.

The case of making minorities visible in pop culture faces a twofold problem globally. They can either be under represented or misrepresented. Minelle Mahtani, a Canadian author and journalist, who identifies herself as ‘mixed race’, quotes research that there has not been a single drama series made in Canada that has featured successful interracial couples as leading roles. Statistics on actual couples in the country suggest otherwise. This further complicates the situation and increases feelings of rejection as minority citizens are made to feel less ‘Canadian’ and whiteness becomes the norm.

Misrepresentation relies on negative images of minorities, a lot of which can be witnessed in Hollywood. Characters representing minorities are usually used to drive ahead plot lines and so the South Asian character might just be the funny cab driver who has a 10 minute conversation with another character. The black Canadian would be the villain or thief, or worse – the Muslim male could be the terrorist.

A similar picture is painted in Pakistan.

While growing up in the 90s, I could have never imagined a Parsi girl in the lead role of a mainstream commercial film, and that too not just as a passive subject but as someone actively asserting that identity. Pakhtun are often shown as the illiterate ‘gatemen’ (chowkidaars) with a heavy accent and Sindhis are seen as extremely subjugated tillers (muzara) bowing down to their feudal masters.

There is still a long way to go in terms of the TV serials in the country where religious and ethnic minorities are made invisible or are underrepresented. Maybe they can learn something from the coming-of-age that Pakistani cinema is experiencing and not only represent the stereotypical, unaccented Sunni Muslim prototypes and expect audiences to only relate to them.