A solution to Lahore’s traffic woes 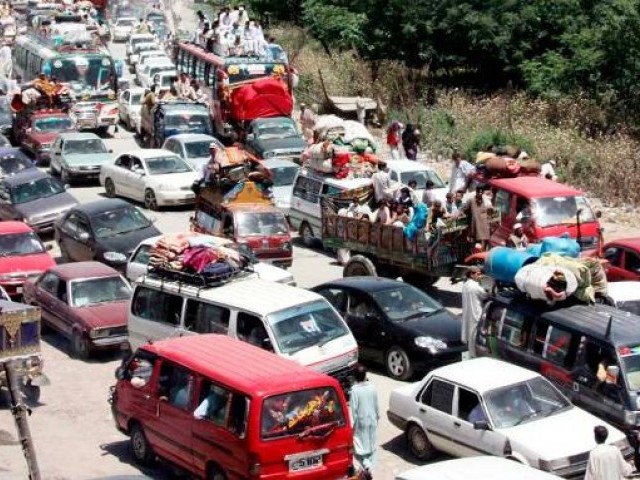 Risking lives just to race to our destinations will not get us anywhere.

Lahore’s traffic snarls routinely draw the ire of motorists who endure occasional dents from donkey-drawn carts and zig-zagging motorcyclists. Their presence on Ferozepur Road is likened by some to flies in a bedroom – unwanted pests who just refuse to go away.

During rush hour many of us allow a strain of irrational thinking to take over. What’s more unfortunate is that people who can make a difference are the ones complaining about it.

I for one believe this thoughtless yet contemptuous attitude could be transformed to one’s own advantage if we just sit back, relax and anticipate the situation to the advantage of those turning us into nervous wrecks – in most instances beggars, motorbike riders and cyclists.

This solution hadn’t just benefitted my temper, but also that of countless others equally vexed at the endless traffic dilemmas. These include immobility during rush hour, intolerance when it comes to letting others get ahead and also reluctance to make room for vehicles such as ambulances, taxis or rickshaw carrying passengers.

Without getting into an explanation as to why traffic jams have become more common, I assume that the solution lies in being courteous to commuters creating problems. This in turn would make troublemakers reconsider their ways of manoeuvring. My initial experiment of stopping amid traffic to let beggars walk across as the traffic light turns green turned out to be a misstep. As I stood curtailing the movement of dozens of vehicles queued behind me, I heard some distasteful shouting in Punjabi.

Two cripples toiling over a wooden board and an elderly woman in rags gaped at me as they swiftly scrambled to the other side of the road. I then moved forward. A mile ahead I paused at another traffic signal to let a car move forward. The driver was about to swerve to the right when the traffic light facing his lane turned red. Waiting for him to stop, I was met with a gaze of surprise. Risking our lives and those of others just to race to our destinations will not get us anywhere.

Patience, consideration and courtesy, on the other hand, just might.