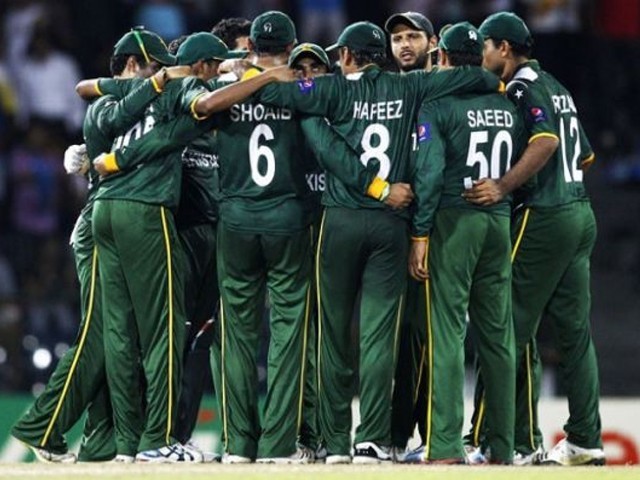 Sure, they don’t win every tournament, but their mere presence excites fans and sponsors alike beyond measure. PHOTO: TWITTER

A cricket World Cup that does not feature Pakistan would be like a Wimbledon without Rafael Nadal, or a football World Cup without Italy. Sure, they don’t win every tournament, but their mere presence excites fans and sponsors alike beyond measure. Here is why Pakistan’s participation is indispensable for the World Cup.

1. The exuberance of team green

When it comes to cricket, no other nation matches Pakistan’s raw talent. We operate with an instinctive flare, an uninhibited philosophy towards the sport, which makes us exhilarating to watch.

Over the years, Pakistan has boasted a number of unique One-Day records: the highest number of hat-tricks, the highest ODI individual score by Saeed Anwar (a record the remained intact for around a decade), the fastest century by Shahid Afridi (another record broken in recent years), the fastest bowler in cricket, Shoaib Akhtar, and many other remarkable records.

Our attacking style of play then brings out the best in other teams when they play against us, resulting in many cliff-hangers that have been considered as World Cup classics.

Let’s look at some of the displays of individual skill during previous world cups that epitomise Pakistan cricket.

A youngster from Multan, Inzamam was pushed to worldwide fame by Captain Imran Khan, who told him that no matter what, he was going to play in the semi-final, despite the stomach bug he was suffering from. He went in to bat, with Pakistan chasing a very stiff target by the standards of that time.

Chewing a gum, with a lazy elegance not witnessed before by spectators or commentators, Inzamam played one of the best winning innings under pressure by any player during a World Cup semi-final. He went on to play a vital role in Pakistan winning its first world cup during the final at the Melbourne cricket ground.

During a group match against New Zealand, there were two consecutive miss fields in the same over of Shoaib Akhtar, and saying Akhtar was frustrated would be a huge understatement. On the very next bowl, Akhtar bowled Fleming around his legs. His jubilant reaction, coupled with commentary by the legendary Tony Greig, captured that moment perfectly.

It was, in essence, an embodiment of the brand of cricket Pakistan played during the 1999 World Cup, which was a treat to watch, for all cricket lovers.

The Spell of the Tournament: Wahab Riaz to Shane Watson – 2015 World Cup Quarterfinal

Last year’s World Cup had some memorable moments, but the standout performance was undoubtedly Wahab Riaz’s lethal bowling spell against a bamboozled Shane Watson. One fails to recall the mighty Aussies so at sea while batting, that too in their own backyard. That Pakistan lost the match (or that Wahab afterwards became an automatic selection for all coming ODI series even though bowling many dreadful spells) is beside the point. His fast, tearing bouncers to Watson were exactly the edge-of-seat stuff World Cups are remembered for.

If there is one word that encapsulates our cricket, it has to be unpredictable. Which other team can win from Australia one day, and then, during the same World Cup, lose to minnows like Bangladesh – in 1999 they were minnows right? Then, during the infamous 2007 World Cup, Pakistan shocked the world by losing to unknown Ireland, which was playing its first major tournament. With that loss, Pakistan was eliminated in the preliminary round, another unprecedented first for us.

For Pakistanis, these were moments of grave sorrow and absolute gloom. But, from the perspective of the World Cup, these events generated huge media interest, even from international news channels that usually never cover cricket in their sports segments. Whether you love or hate it, this is a fact that our unpredictability makes cricket buffs want to see Pakistan at every World Cup. Here is hoping we are able to correct this aspect of our cricket.

3. Clash of the titans – Pakistan versus India

A World Cup without Pakistan would deprive millions from watching the Indo-Pak match, something that would break every cricket enthusiast (and every advertiser’s) heart. The Super-Bowl and Champions League finals fail in comparison to the excitement this match generates.

A World Cup without Pakistan would deprive millions from watching the Indo-Pak match, something that would break every cricket enthusiast (and every advertiser’s) heart. Photo: AFP

And then, who can forget those tense moments during these matches, such as when Javed Miandad gave Kiran More a taste of his own medicine, or when Aamer Sohail indicated to Prasad where he smacked him, only to get out the very next delivery.

All said and done, no matter how much the World Cup ‘needs’ Pakistan, the show must go on, and indeed, will go on, with or without us. The onus is entirely on our team to ensure we never have to write this hard chapter in our cricketing history.