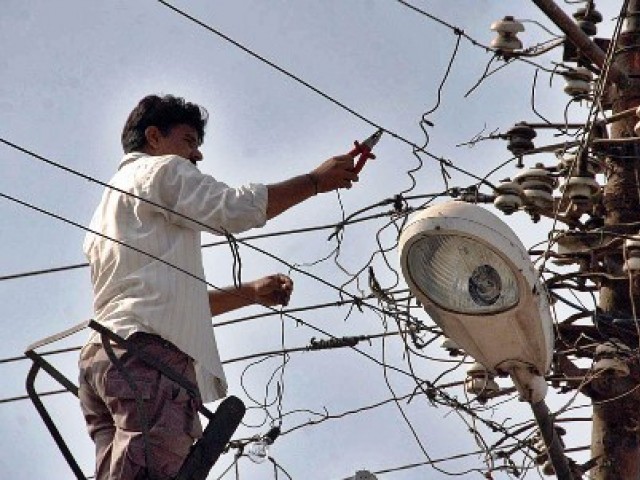 The weakening economy is impacting every sector and one of the worst hit seems to be the Karachi Electric Supply Corporation (KESC). The company was already a victim of corruption and a house to ‘ghost employees’ when General Musharraf privatised the utility company in an attempt to provide an uninterrupted supply of electricity to the city.
The new, improved KESC fulfilled its promise.  The new organization was restructured on revolutionary lines. Initiatives against electricity theft were introduced and load shedding hours were reduced to as little as 3 hours (compared with more than 10 hours). KESC took all necessary measures to turn a white elephant of acompany into productive organization.

In this attempt to make the company financially viable the KESC recently decided to get rid of those employees who were considered a burden on organization. This means the KESC was forced to lay off 4,000 unproductive workers, while 500 employees opted for Voluntarily Separation Scheme (VSS) under a cost-cutting drive.

Most of the laid-off workers were from five different categories:

They were offered one month’s advance salary and gratuity benefits. Collective bargaining agents and union leaders have rejected the policy and opted to confront the management.

Was the KESC wrong?

For days the KESC head office has been surrounded by a huge mob of sacked employees and their sympathisers (as well as a few banners of several political parties.) Live media coverage  of this protest has resulted in garnering public sympathy for those who were removed from their positions.

But KESC is a business not an employment agency. Perhaps they could have taken a more conscientious route to avoid this post-decision chaos.

The politics of right-sizing

At this point in time mass downsizing was an unwise step by the company. The country’s economic situation is alarming and government and all other political parties are trying to capitalise on issues to gain public sympathy.

This makes KESC’s rather necessary step look impudent. It would have been ideal for the company to work in tandem with labour unions to devise a “safe strategy” for right-sizing.

The company should also revise it’s appraisals policy which could determine profit and productivity measures.

What to do now?

Now that KESC has held off on it’s decision, all employees should systematically be included in a wage reduction program. It would not be fair to slash the wages of entry-level or non-management recruits only, such decisions will further spur discontentment among employees who were initially being targeted.  However as soon as the wages are reduced with no security of appraisals, the non performing staff already working on less wages will probably look for the soon-to-expire- lucrative Voluntarily Separation Scheme (VSS) deal.

In short, the company should devise a smart strategy to divide workers unions with cost reduction plans which will definitely help KESC achieve productivity and its objectives in the long term.