Confessions of a fundamentalist: We’re going to get you 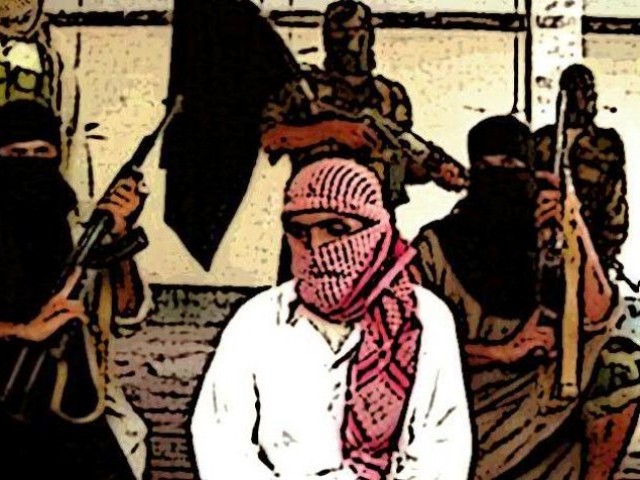 We have a hit-list that has become considerably shorter.

I have a confession to make: I am what some of you might call a fundo : a fundo strategist to be precise.

I was recruited in secret by a group of people calling themselves the “Tehreek-i-Nifaaz-i-Duniya-i-Jahaane-Musalmaniya-Pakistan.”

It is  a top secret group made of representatives from different religious parties, banned outfits, sympathisers and financiers.

Our group operates like a small company. We have an an established mission (evident from our name) and a chain of command:

I am the naib chaalbaaz (deputy strategist) and report to the emir chaalbaaz (chief of strategy) who reports directly to the board of directors.

We’ve been operating for a long time and our results are beginning to show. Our latest achievement is something we have been fighting very hard for: total fear.

No war is won by physical force alone, one has to have a psychological advantage; achieve the mental victory, the rest will be easier. After years of hard work, we have achieved this important milestone. All the libos (yes, we also have a word for you so-called liberals and moderates) are now really, really afraid, bringing us closer to our mission.

We achieved this through a simple, two-pronged strategy: a libo hit-list, coupled with coordinated fundo mobilisation. Our strategy is systematic.

You look confused. Let me explain.

(I) Get the liberals

The first part of our strategy is a libo hit-list comprising of people from various walks of life. This was a long list (there are too many libos in this country if you ask me) but we shortened it considerably by focusing on those who are prominent, outspoken and courageous: politicians, writers, journalists, lawyers.

Our research tells us prominent single murders have more impact, far more than multiple killings through suicide bombs – yes really, trust me we keep checking this theory regularly during our monthly Suicide Bombing for Dummies course (this is a very popular course by the way, enrolment is free so we have to have many sessions running at one time, but let’s discuss that later). When I say more impact, I mean that when we tick off someone on the hit-list, we are able to more strongly reinforce the belief that those who speak out against us will be silenced, resulting in lesser voices. This is the key pillar of our strategy.

To achieve the second part of our strategy, the more coordinated and forceful fundo voice, we capitalised on the media boom. Over the last few years not only have we set up a few channels, we have also arranged for time-slots on regular channels for our broadcasts and also given numerous regular jobs to many of our teelibaaz. This was actually much easier than we had initially thought – you see, we were expecting successive governments to have some media policies or rules, or channels to have some qualification criteria for political and religious commenting and anchoring, but thankfully all they care about is money and ratings, which makes our task a whole lot easier.

So our two-pronged strategy works in a cycle. Our media teelibaaz are mobilised to support our cause – contrary to what most people think, we do believe in empowerment, teelibaaz are free to use their imagination, be it encouraging Ahmadi murders, issuing fatwas in talk-shows, justifying suicide bombers, hailing assassins as ghazis, covering up our suicide practice lessons as government failures, calling any contrary opinions un-Islamic, or proving rising potato prices to be American/Jewish conspiracies – anything that will keep the government occupied elsewhere while reinforcing fundo viewpoint in the country and gaining us fundo recruits from the frustrated citisenry. You have to admit, this works like a charm.

We are very close to realising our mission: we will establish our law in the country soon…don’t ask me to elaborate on that right now, that is still work in progress – so far our board of directors have not reached consensus on what this law means or even who is the true Muslim from among us – there as many points of view as directors – but we will sort that out later.

For now we need to gain total control and silence the common enemy: the libos.

Please note: this article is satire.