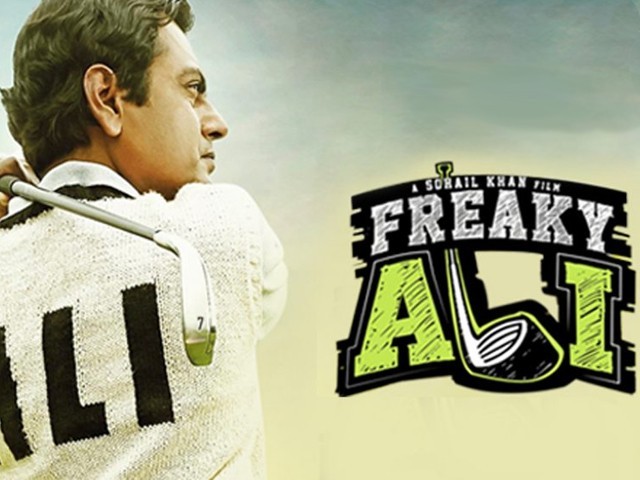 Overall, Freaky Ali is an above average movie with some good elements and some hard to believe touches.

Nawazuddin Siddiqui is synonymous with quality oriented cinema. This time around, with the help of Salman Khan and his team, he is starring in Freaky Ali – a full out entertainer.

It was rumoured that Freaky Ali is a remake of Adam Sandler’s Happy Gilmore. Even though some scenes may form parallels with the latter, the rumours aren’t entirely true. One needs to watch Freaky Ali to discover what it actually has in store.

The main character, Ali (Nawazuddin Siddiqui) is an orphan who is adopted by a Hindu woman (Seema Biswas) but raised as a Muslim. He takes up various odd jobs, while accompanied by Maqsood (Arbaz Khan) who is a small-time goon.

Ali’s life takes a turn when Kishan Lal (Asif Basra) comes across him playing golf. Kishan convinces Ali to pursue his talent. He makes him practice golf professionally in order to prepare him for the Golf Championship. There he comes across Vijay Rathore (Jas Arora) and his manager Megha (Amy Jackson). What happens next is the journey of Freaky Ali and his transformation from a goon to a professional golfer.

It’s fairly obvious that the captain of the ship is Nawazuddin Siddiqui. He delivers an earnest performance which ranges from emotional outbursts to cynicism, with a wide range of comical elements as well. Freaky Ali would be nothing without Siddiqui.

Seema Biswas impresses us in a few scenes with her remarkable performance. On the other hand, Arbaz Khan’s performance is average; he doesn’t really offer anything new. Asif Basra has portrayed his role extremely well. Jas Arora was a sober choice as a villain. Amy Jackson has one purpose in the move – to add glamour. Jackie Shroff, in a cameo, makes the viewer smile.

Music wise, Freaky Ali’s attempt is below-average. Sohail Khan’s direction is quite shaky as it lacks an element of surprise. The script of the movie has its pros and cons. The scenes between Jas and Nawaz are well written and dialogues are worth applauding. The audience will definitely love certain scenes that bring back memories of Manjhi and the good old times when Jas Arora was amongst the top models of India.

Overall, Freaky Ali is an above average movie with some good elements and some instances that lack believability. There are some stale jokes embedded in bits and pieces which results in the viewer losing interest.