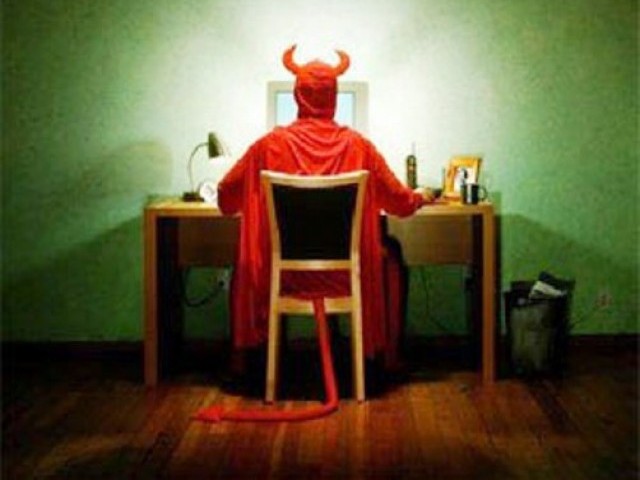 Restricting knowledge has never been a working solution.

This raises the question: is hacking morally wrong?

The old-school concept of hacking was taking something and making it do something it was not intended for. A perfect example of this is how a group of hackers managed to unlock Apple’s iPhone which, even after four years of its launch in the US, is still not officially meant to work outside a handful of countries, but hackers have bypassed this official clause. To me, this clause is analogous to walking into a clothing store and being told by the manager that I am not allowed to buy a particular brand because I live in Pakistan! Fortunately, these hackers were later given support by the US government, who legalised their hack last July.

Over the years, hacking has taken a turn for the worse with organised cybercrime on the rise. Hackers install a Trojan Horse virus or Bot on as many computers as possible to hijack the machines, relay spam, or steal personal data and/or electronic money. Needless to say, this type of hacking is a serious offense from a legal standpoint and morally wrong on many levels. When you hack into a website in protest – it is no different from the protests we have on the streets in Pakistan where houses and buses are indiscriminately burnt down and property is vandalised. If an individual decides to burn down their own vehicle in protest, ie hacks their own website, it may still be considered morally acceptable, albeit probably wouldn’t be very effective – unless of course you are Mark Zuckerberg!

Teenagers may often feel that hacking is their way of being heard – many idolise Julian Assange, the notorious internet activist. Just to clarify, Assange is a former hacker who carries the hacker mentality into Wikileaks but Wikileaks itself is not a product of hacking.

Having the knowledge for hacking on its own is not immoral but it’s what you do with that knowledge that differentiates a ‘black hat’ hacker from a ‘white hat’ hacker. As Peter Parker’s uncle profoundly said, “With great power comes great responsibility!” In a sense, being a hacker is kind of like being a locksmith. You could use your skill to unlock doors and steal things. Or you could use your knowledge to make better locks which makes it more difficult for others to steal things.

History has shown that restricting knowledge has never been a working solution. Internet penetration in Pakistan is only a little over 10 per cent but with 62 per cent of Pakistanis under the age of 25 – we are amongst the top 10 fastest internet growth rate nations in the world. And In a world increasingly defined by global markets, connected consumers and volumes of digital information – doing the right thing, even when wearing the invisibility cloak of the internet, is the kind of integrity that we need to instill in the children that will inherit the nation tomorrow.

A math major from University of Michigan, Ann Arbor who is currently the director of operations and software development for a group of technology companies based out of Pakistan.