Is there a Pakistan to go back home to? 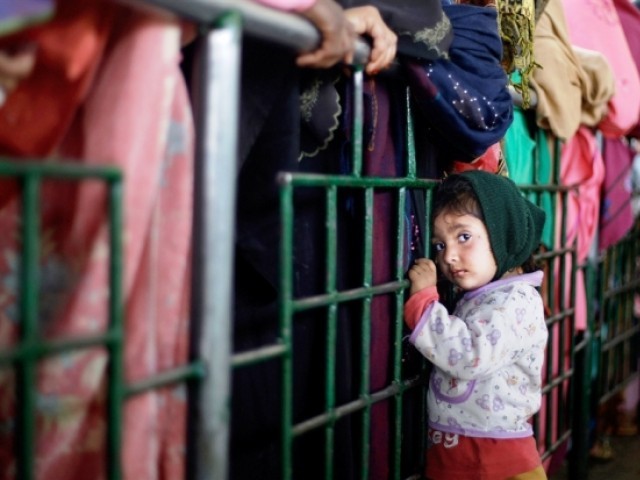 This is not the Pakistan I grew up loving.

Last week, my husband and I finally booked our return tickets to Pakistan. It was a proud moment, happy moment, not just because we had been saving to buy them for months, but because we had not been home in nearly two years.

Two years! It seemed like a lifetime. We had missed much: babies, engagements, weddings, new additions to the family and the passing of old, new restaurants and cafés, new TV channels, even the opening of Lahore’s first go-karting park. I could hardly contain my excitement.

Yet, my excitement was tainted by a very strange and disquieting thought – was there even a Pakistan to go back to?

My family and friends would be there, yes, and the house I grew up in, and my high school, and the neighbourhood park, and the grocery store where my mother did the monthly shopping, and our favourite ice cream spot…but what about the country? I’m not talking about poverty, and corruption, and crippling natural disasters – I’m talking about a place more sinister, much more frightening…

A place where two teenage boys can be beaten to death by a mob for a crime they didn’t commit, with passersby recording videos of the horrific scene on their cell phones.

A place where a woman can be sentenced to hang for something as equivocal as “blasphemy”.

A place where a governor can be assassinated because he defended the victim of an unjust law, and his killer hailed as a “hero” by religious extremists and educated lawyers alike.

The Pakistan I knew

This is not the Pakistan I grew up loving. This vision of a bigoted, bloodthirsty country is just as alien to me as it is to you.

The Pakistan I know was warm, bustling and infectious, like a big hug, a loud laugh – like chutney, bright and pungent, or sweet and tangy, like anwar ratol mangoes. It was generous. It was kind. It was the sort of place where a stranger would offer you his bed and himself sleep on the floor if you were a guest at his house; a place where every man, woman or child was assured a spot to rest and a plate of food at the local sufi shrine. A place where leftovers were never tossed in the garbage, always given away, where tea flowed liked water and where a poor man could be a shoe-shiner one day, a balloon-seller the second, and a windshield-wiper the third, but there was always some work to do, some spontaneous job to be had, and so, he got by.

My Pakistan was a variegated puzzle – it was a middle-aged shopkeeper in shalwar kameez riding to work on his bicycle, a 10-year old boy selling roses at the curbside, a high-heeled woman with a transparent pink dupatta over her head tip-tapping to college, with a lanky, slick-haired, lovelorn teenager trailing behind her.

A Michael Jackson-lookalike doing pelvic thrusts at the traffic signals for five rupees, a drag queen chasing a group of truant schoolboys in khaki pants and white button-down shirts. Dimpled women with bangled arms and bulging handbags haggling with cloth vendors, jean-clad girls smoking sheesha at a sidewalk café, and serene old men in white prayer caps emerging from the neighbourhood mosque, falling in step with the endless crowd as the minarets gleamed above with the last rays of the sun in the dusty orange Lahore sky.

My parents are practicing Muslims, and religion was always an important part of my life. Like most Pakistani children, my sister and I learnt our obligatory Arabic prayers at the age of seven; I kept my first Ramazan fast when I was 10, bolting out of bed before dawn for a sublime sehri of parathas, spicy omelettes, and jalebi soaked in milk.  By the time I was 13-years-old, I had read the Holy Quran twice over in Arabic, with Marmduke Pickthall’s beautifully gilded English translation.

But beyond that – beyond and before the ritual, or maddhab, as they say in Sufism, came the deen, the heart, the spirit of religion, which my parents instilled in us almost vehemently, and which to me was the true message of Islam – compassion, honesty, dignity and respect for our fellow human beings, and for every living creature on the planet.

So, while we as Pakistanis had our differences, and practiced our faith with varying tenor – some were more “conservative” than others, some more “liberal”, some women did hijab while others didn’t, some never touched alcohol while others were “social drinkers” – we were all Muslim, and nobody had the right or authority to judge the other, no red-bearded cleric or ranting mullah. There were no Taliban or mullahs back then; if they existed, we never saw them. Not on TV, not in the newspapers, not on the streets, in posters or banners or fearsome processions.

It wasn’t a perfect society – far from it. Inequality and abuse were rampant, and daily life for a poor person could be unbearable. But they were the kind of problems that every young, developing, post-colonial nation faced. It was chaotic, but it was sane.

The war that changed my country

Then 9/11 happened, and society as my generation knew it began to unravel.

It started as a reaction to the US-led invasions of Afghanistan and Iraq, and the “clandestine” war in Pakistan – a reaction shared by Pakistanis across the social spectrum.  But somewhere along the way, the anger and grief mutated into a suicidal monster of hatred, robed in religion and rooted in General Zia’s pseudo-Islamic dictatorship of the 1980’s and the US-funded Afghan jihad. Pakistan was engulfed by frenzy, an unspeakable frustration, not only at the neighbouring war that had expanded into its heartland, but at everything that was wrong with the country itself. And like the hysteria that fueled the Crusades or the 17th-cenutry Salem witch-hunt, religion was the most convenient metaphor.

I don’t claim to understand it all, or be able to explain it.  But what I do know is that, alongside the two purported targets of the war on terror, there is no greater victim of 9/11 than America’s indispensable, ever-“loyal” ally and doormat, Pakistan itself.

Maybe I’m romanticising a little. Maybe I’m being over-nostalgic about the past, and the Pakistan of my childhood. But that’s the only way I can retain some affection for my country, the only way I can sustain the desire to go back and live there – if I know and remember in my heart, that it has been better. That it was not always like this.  That it was once rich, multifaceted, beautiful, tolerant, sane – and can be again.