Of lawyers and lawmakers 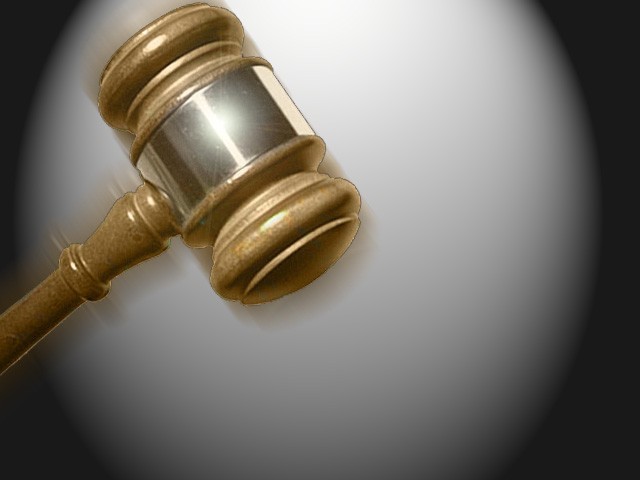 The secret to the lawyer’s strength

The lawyers’ group that garlanded the assassin of Punjab Governor Salmaan Taseer is headed by a certain black coat, who is closely related to a former general, who once headed the premier spy agency of the country. This general is known to have had contacts with the Taliban. In fact, he played a key role in making them the Frankenstein monster that they are today. The general is also a major domo in the transport business and his family occupies prime real estate in Rawalpindi.

As for the lawyer, it is said that even Imran Khan’s Pakistan Tehrik-i-Insaf (PTI) has distanced itself from him. Members of his chamber have earned notoriety for pressurising judges of lower judiciary and facilitating clients in lodging fabricated cases. This lawyer of ill-repute does not believe in women’s rights and has quite a following among young black coats who often use violence and blackmail to assert their point.

Still waiting for the crash report

The unfortunate relatives of 152 victims of the ill-fated Air Blue A321, which crashed in Islamabad on July 28, 2010, still await both, the preliminary official report by the Civil Aviation Authority (CAA) into the investigation as well as any form of compensation. They have nobody in the National Assembly (NA) or the Senate to voice their concerns. And, because the chairman of Air Blue is a sitting MNA of the PML-N, neither the PPP nor any other political party is likely to raise the issue. Meanwhile, Air Blue very conveniently holds the millions of dollars of insurance money in its hand.

Since the defeat of the Tamil Tigers, Sri Lanka has emerged as a major tourism resort.  This phenomenon caught the eye of a politically very important Pakistani who decided to buy a hotel called Tea Gardens, located in the Noralia hill station, in the latter part of 2010. The hotel is said to have picturesque, lush green surroundings, which is soothing for the eyes.

The politically important Pakistani business tycoon also has assets in New York, London, Normandy, Dubai, Spain, Switzerland etcetera. He has now decided to buy assets in South Asia, where it is politically more correct and less subject to scrutiny. For Pakistanis, Noralia’s Tea Gardens Hotel is a home away from home and the PIA offers direct flights to Colombo. Remember, Sri Lanka has a lot of casinos, no prohibition, numerous night clubs and to top it all, a Noritake factory.

A heated discussion recently took place between some PPP politicians from Gujrat and Multan, as to why the sitting government prefers members from the Saraiki belt for key posts. A politician from Gujrat narrated a story to make his point. He said during Zulfiqar Ali Bhutto’s tenure Sadiq Hussain Qureshi was the Governor of the Punjab. A PPP leader from Gujrat once asked the then governor,

“who in your opinion are smarter and sharper politicians, those hailing from Gujrat or Multan?”

The governor replied that politicians from Multan were better. Asked why, he said “they never react, whatever the provocation.” Perhaps this explains why our prime minister is so cool that in spite of all the charges he remains composed and shows neither remorse nor any signs of weakness.

They say America is the land of opportunities, where the son of an African immigrant became the president. Some say Pakistan too, is a land of opportunities, where a former male nurse who, some decades ago, worked at Anklesaria Hospital in Karachi, rose to become a senator, an advisor to the man on the hill, a billionaire and also a consultant for a major aviation sector company owned by the state.

A Lahore based columnist for The Express Tribune who contributes to Five Rivers Running.

I know a secret: Of former handlers

I know a secret: Grounded planes and flying capital

I know a secret: Together at exclusive clubs

I know a secret: Loyalties and limousines