The ones that could’ve been for Pakistan’s cricket team 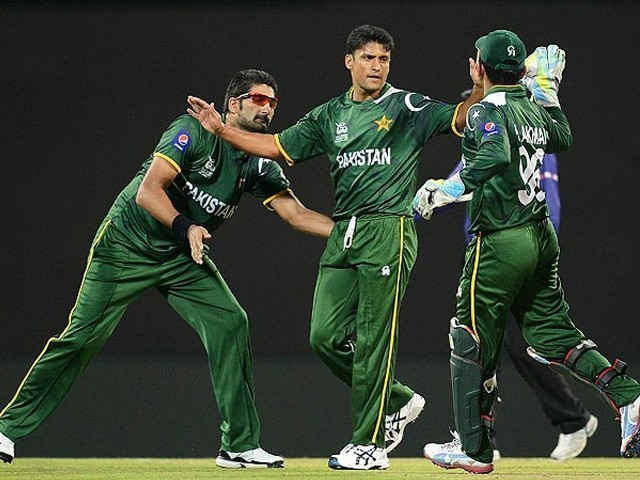 The dilemma of selection is nothing new for Pakistani cricket. Our selectors have always had difficulties in choosing the right players for the right formats, and whilst some players went on to cement their place permanently in the team – others weren’t lucky enough to prolong their careers. One could argue that they were dropped rather unfortunately, and after being dropped, they somehow disappeared from the international arena.

Here is a list of some promising players that could have been stars for the men in green.

In 2003, a young batsman emerged onto the international arena and broke records in his first and only Test match at the age of 25. The ever so elegant Yasir Hameed became the second man in Test cricket history to score a ton in each of his innings on their Test debut. His scores of 170 in the first innings and 105 in the second ensured a comfortable victory for Pakistan against Bangladesh. He even bagged a well deserved Man of the Match award.

A solid batting technique coupled with the ability to score runs in quick time made him a prime candidate for opening the batting for his national side. The man from Khyber-Pakhtunkhwa went on to score some valuable runs for the Pakistan cricket team, in Tests and ODIs. His initial exploits in the shorter format of the game were impressive, and he forged a superb combination with Imran Farhat at the top order. One can recall their superb effort against New Zealand in 2003 (at home), when the pair put up a record of four consecutive centuries; a rare sight these days. 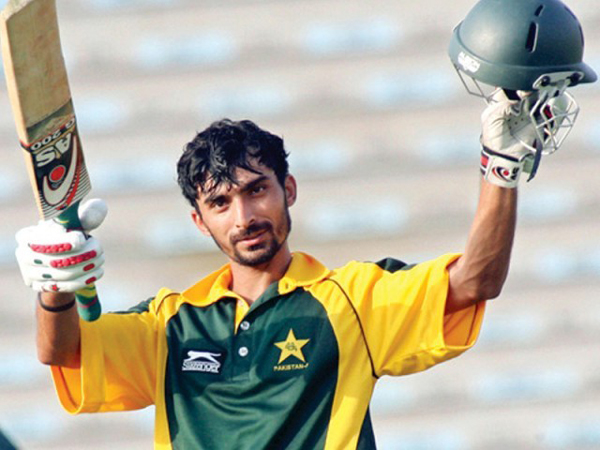 His positive approach and fluid timing remained, but somehow he lost his cool temperament and failed to score big on many occasions. He did get plenty of good starts and chances but threw them away almost every time. Yasir played 25 Test matches for his national side, averaging just a touch over 32. His limited over career lasted for an even shorter time as he averaged just 36.8 over a span of four years.

Now 38-years-old, Yasir Hameed still plays first-class cricket but one can argue that his time with the national side is all but over. Yasir will definitely be remembered by cricket fans as the one that could have been for Pakistan.

Standing at six feet and five inches, Shabbir Ahmed is a fast bowler from Khanewal. He had the skill to trouble batsmen with his ability to extract bounce on almost dead pitches. He showed great promise during his time playing international cricket. Not only did he equal the Pakistani record for the quickest 50 wickets in Test cricket (alongside Waqar Younis), he also managed to convince  critics to compare him to the great Glenn McGrath. His lanky bowling action from close to the stumps ­– much like the great Australian – allowed him to stick to a tight wicket-to-wicket line.

Shabbir Ahmed announced his arrival in Test cricket with an impressive eight-wicket haul against Bangladesh in Karachi, on a track that offered no assistance to fast bowlers. What was most impressive about Shabbir, however, was his great control over bowling a line that ensured a blockage in the flow of runs. 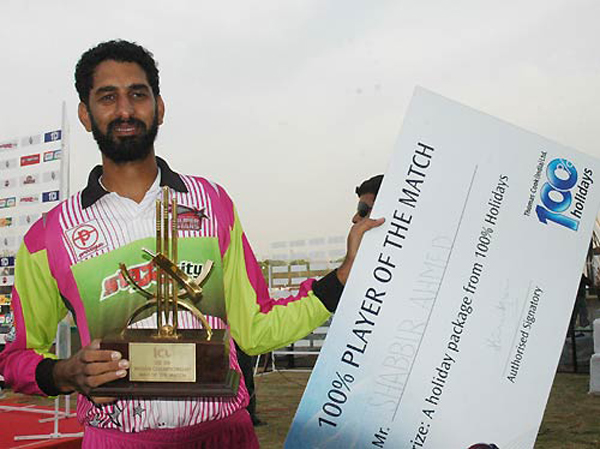 Shabbir was brilliant when he made his debut in the shorter format of the game in 1999 against West Indies. He picked up an impressive three-wicket haul (two of them coming in his very first over) giving away 52 runs in his 10 overs. He continued to perform in the longer and shorter formats, managing impressive averages of 23.03 and 36.12 respectively.

His career came to a standstill when he was reported for an illegal bowling action against England in the summer of 2005. Shabbir Ahmed managed comebacks after his time off, but was never the same and inconsistency became his enemy.

Perhaps one of the greatest assets for a top quality team in modern day cricket is an all-rounder who can score quick runs when needed and trouble the batsmen with a great variety in bowling. Yasir Arafat was one such character who was perfectly suited for modern day cricket, perhaps, that was his only undoing – the fact that he was born in the early 80s and not the late 90s. He is an all-rounder of typically Pakistani ethos – ideal for the attacking mood of the limited-over’s formats.

Yasir made his Test debut in the winter of 2007 against India in Bangalore, where he started alongside the likes of Shoaib Akhtar and Mohammad Sami and still managed to make his presence felt since he bagged an impressive seven wickets and contributed 44 runs with his bat in the first innings. 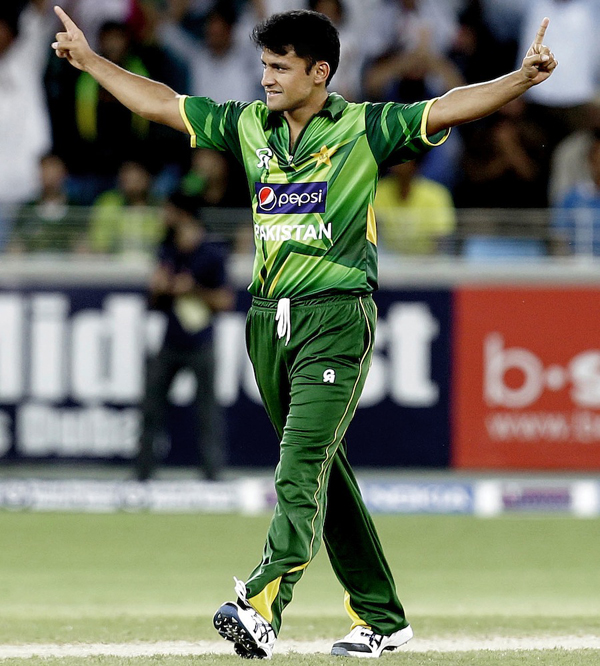 Arafat remained in and out of the national team because he failed to make an impact in the 50 over format. When his international career came to an end in 2009 – which was somewhat premature – he proved himself a staple of the English County circuit, sharing his talent around six counties. After that, Hampshire signed him for their T20 campaign in 2015. He proved to be a splendid death bowler in the Big Bash League and gained his reputation overseas as a T20 great.

His variety of slower balls, cutters, yorkers and his ability to hit the ball out of the park made him the first choice in the shorter format of the game. But, like many others, he could not perform to his fullest for the men in green. Come to think of it, he could have been the next Abdul Razzaq.

One of Pakistan’s most underrated batsmen, Asim Kamal was a middle-order batsman tailor-made for Test cricket. His resilient approach and the ability to nudge the ball around for runs made him a solid middle-order batsman. Asim showed promise as soon as he got his first call up in Test cricket, making an impressive 99 against South Africa on his debut.

His fluent cover drives often kept the board ticking as he continued to impress even after his debut. His notable contributions were an impressive 87 against the mighty Australians and 91 and 73 against India in matches where wickets kept tumbling at the other end. 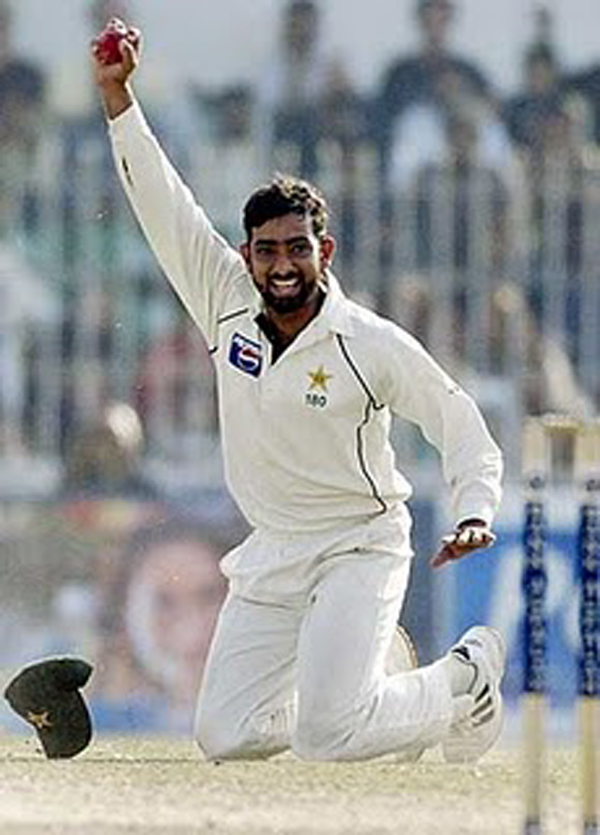 His consistency slipped in the following months and he spent a three-year exile from the squad. He was the subject of contentious debate among several selection committees and captains before finally earning a recall during the home series against Sri Lanka in 2009 where he failed to impress the selectors.

Asim’s exclusion may be unjust, but he should have only himself to blame. After his exclusions, Asim claimed that he had been wrongly dropped from the squad, and instead of proving a point to the selectors in the domestic circuit, he chose to protest.

It is safe to say that Asim could have been a world class Test batsmen had he performed consistently, but luck wasn’t on his side and to add to that, he himself, chose the easy way out. Either way, Pakistan lost a potentially good Test cricketer.