2016 elections: A pivotal moment in US history 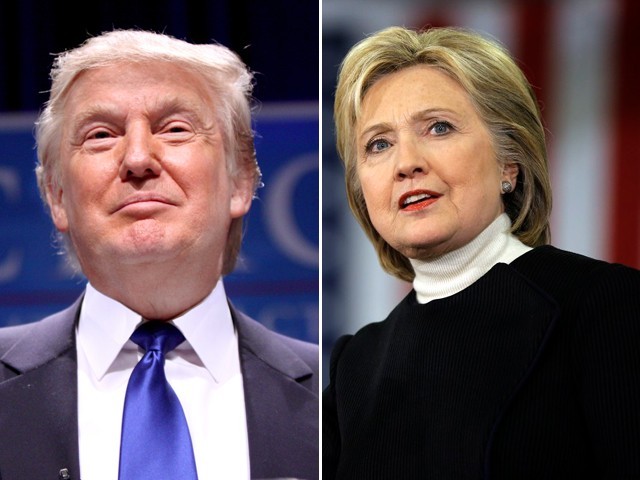 In the Republican primaries, Trump was able to sufficiently tap into white angst to win the nomination. However, when he goes up against Hillary Clinton, he will have a much larger electorate to cater to.

The US presidential election is amongst the most anticipated and commented upon political events in the world, and rightfully so. After all, the US president is widely regarded as the most powerful man, or maybe for the first time this year, woman in the world.

Every four years, the country gears up for a long drawn electoral battle that goes through various stages to culminate in a grand contest between the Democratic and Republican candidates, with the occasional maverick independent thrown in. There have been some remarkable personalities who have stood for, and won, the US presidential election. There have also been some memorable rivalries, sometimes too close to call and sharp, acrimonious debates, that have left the world spellbound.

While every presidential election in the US has ample theatrics and high stakes, the 2016 election may well be one of the most pivotal ones in recent times. What’s at stake is the very identity that the world associates with the United States of America.

The US started its journey of nationhood as a predominantly White Anglo Saxon Protestant, or WASP society. Most of its founding fathers and early leaders belonged to this segment.

In due course, Catholic immigrants from Italy, Ireland, and other parts of Europe began to arrive. While they were white, they weren’t Protestant and therefore remained at the fringes for quite some time. They were gradually assimilated and while they began to assert themselves in certain fields and geographic areas, politically they remained on the side-lines.

In fact, the first and only Catholic to become President was John F Kennedy. Through all of this, the whites were the only enfranchised group in the country.

After World War 2, the civil rights movement grew rapidly and by the 60s, most of the discriminatory structures had been abolished across the country. Blacks became fully integrated and got all the rights that their white counterparts had, at least on paper.

This period was a social renaissance of sorts for the US and a whole new culture of accepting and celebrating diversity came about. Women gained emancipation and gender equality began its ascent into public consciousness. That was also the time when the US opened up immigration for non-whites and the influx from Asia and Latin America started in full earnest.

The demographics of the US also changed rapidly. From 88% of the population in 1900 to 63% in 2014, the percentage of whites in the population has declined significantly. It is projected that whites will cease to be a majority by 2043.

America is losing its essence of being a ‘white’ country. From simple things like the availability of ethnic foods and entertainment, to more complex issues of immigrants in prominent places, the country has become a true melting pot that has embraced colours and flavours from all over the world. Non-white characters have taken up more space in popular entertainment, Asians and Hispanics are winning national level elections, and the CEOs of several top companies are people who grew up outside the US.

The biggest beneficiaries of the country’s transformation have been women and minorities and the group that has ceded the most ground is the Great White Males. It is in this context that the rise of Donald Trump must be viewed.

In some ways, the period around 2008 could be seen as the peak of America’s love affair with globalisation and diversity. When Barack Obama became the first black president in 2008, no one could have imagined that eight years later, someone with extreme right wing views could be at the threshold of the presidency. The country seemed to have put behind all the baggage of its tumultuous history of conflicted race relations and appeared ready to move into an era where ethnicity no longer mattered.

The 2016 election is the last opportunity for working class white males to reassert their dominance. Their numbers have shrunk as a percentage and they have become less relevant politically. If things continue the same way for a few years, they would be in a minority.

Trump has adroitly exploited their fears and dissatisfaction over job losses and declining standards of living. Trump’s campaign has focused on emotive issues like immigration, crime, outsourcing, and the trade deficit that have polarised the electorate.

In the Republican primaries, Trump was able to sufficiently tap into white angst to win the nomination. However, when he goes up against Hillary Clinton, he will have a much larger electorate to cater to. There are already signs of adjusting and nuancing his position on some controversial positions. All the same, his intent is clear.

America is at a crossroads. A vote for Clinton could help the country continue its journey towards becoming a society where race truly does not matter and enable non-whites to solidify their political and social position.

A vote for Trump on the other hand would go a long way in reinforcing the primacy of America’s WASP identity. Trump is very clear about whom he thinks America belongs to. Not everyone is buying his narrative, but the key to this election lies in how many white people Trump is able to convince about having an exclusive right over the country.