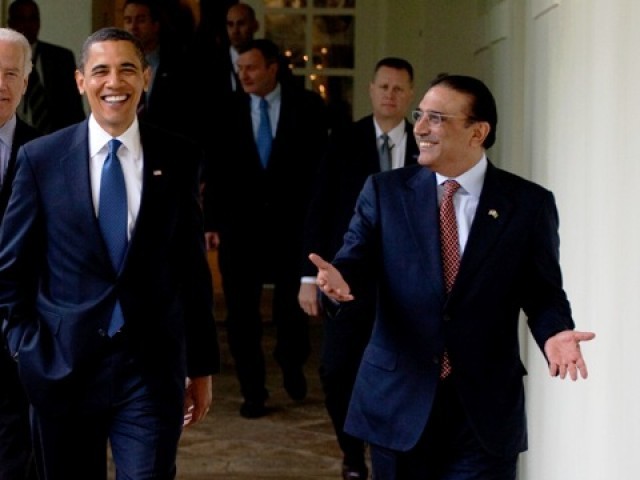 Why did Zardari go to Holbrooke's memorial service?

US President Barack Obama spared only 30 minutes for a meeting with our president this Friday. And even after those 30 minutes, the same drone (no pun intended) of mutual cooperation and cordial relations was discussed.

The White House statement summarised the meeting by saying:

“The discussion focused on our shared efforts to fight terrorism and promote regional stability, specifically on the importance of cooperating toward a peaceful and stable outcome in Afghanistan.”

The only new development seemed to be Obama’s statement saying that he “is looking forward to visiting Pakistan later this year.”

That is what our government seemed to be jubilant and honoured about, completely forgetting the cold shoulder we received in November when Obama visited India and China, while conveniently skipping Pakistan.

The most pressing issue of drone attacks in the western half of the country was not discussed. Countermeasures to deal with terrorism, which was slow gnawing into our society at first and is now tearing major chunks of humanity out of us, also went untouched.

It seems that the only issue on the table was that the president and the democracy – if you can call it that – stay in Pakistan. And these 30 minutes were just that: a reciprocal pat on the back to ‘hang in there’, as both presidents face the last two years of their tenures.

After the ‘private’ meeting, President Zardari along with Obama attended the memorial of Richard Holbrooke, the late US Special Representative to Afghanistan and Pakistan – the main reason of his visit to the US.

Holbrooke’s death is definitely a big loss to the diplomatic community and his memorial was a very diplomatic affair. Perhaps Ambassador Hussain Haqqani or someone belonging to the US-Pakistan diplomatic circle could have represented Pakistan instead of Zardari, who happened to be the only other president at the memorial apart from the president of Georgia.

So why did our president go to the memorial? You do the math. I assure you, it will not take 30 minutes.