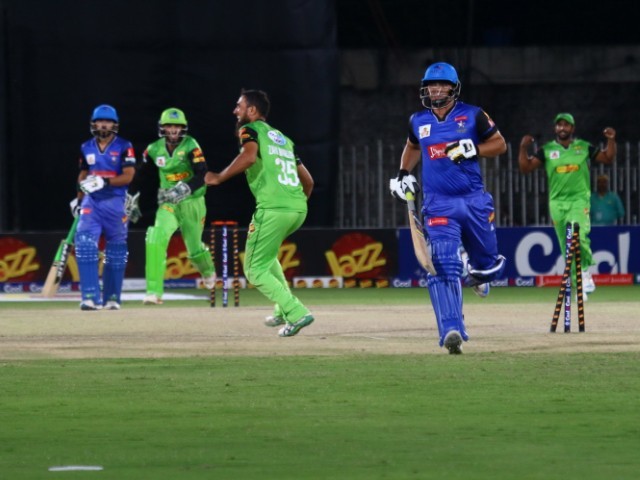 Domestic cricket is the budding ground that provides national teams with young talent in order to keep them abreast with the rest of the competitive cricketing nations. In this piece, I will discuss the basic components that make a successful and spectator-oriented domestic cricket structure.

We begin with the teams system. Pakistan is probably the only country in the world where the main national cricket tournament involves teams representing state departments. Nobody wants to go the stadium to watch PIA face off against WAPDA. This is the most obvious (and yet persistent) problem of our domestic leagues.

It is only when we will have cities or provinces playing each other that our tournaments can generate the sort of crowd interest in local matches as is witnessed in England and Australia. This is because region-based cricket inculcates within players and fans alike a feeling of affiliation and ownership in their teams, that is unmatched by departmental cricket.

In our current Quaid-e-Azam Trophy configuration, we see absurd groupings, such as Zarai Taraqiati Bank Limited against Islamabad and Khan Research Laboratories against Peshawar. How can that possibly be a successful model to follow?

There are two strong but diverging voices in Pakistan on this important matter, both boasting credentials of equal calibre. Imran Khan, who disapproves the prevalent approach, and Javed Miandad, who believes departmental cricket is the best way to secure a good financial future for players.

The answer lies somewhere in the middle: We should hold uniform region-based tournaments three times in the year for the three separate formats, where departments, instead of fielding their own teams, sponsor the regional outfits. With better crowds and higher television viewership, it would be a win-win situation for the teams and the departments.

To be fair to the Pakistan Cricket Board (PCB), they do hold national city-based T20 Cups every year, and with the successful holding of Pakistan Super League (PSL), we have finally managed to sway away from departmental cricket. But we lack consistency; the PCB must ensure the regional squads that feature in T20s, also play in domestic four day and one day tournaments, instead of any departments.

The main reason why Australia has reigned over the cricket world for such a long time is their domestic Sheffield Shield cricket. Australian players compete at such high levels while representing their provinces that it prepares them mentally and physically to transition easily to the international arena.

We, on the other hand, depend entirely on natural talent. This did get us through till the 90s, but now, with the fast changing landscape of this sport, raw talent no longer cuts it; polishing has become essential, and that can only be achieved by a competitive national structure.

After we have taken the first step, the next would be the venue selection. Rather than holding tournaments at randomly selected cities, we should play at a ‘home and away’ basis, something we see in English County cricket. It makes no sense for Lahore and Karachi to play a match in Multan. Rather, if one weekend, the Lahore side plays Karachi at the Gaddafi stadium, and seven days later, they play at the National stadium, this would create great anticipation amongst people and some intense rivalries unheard of in our local cricket. With proper advertising, affordable ticketing and full securities measures in place, fans would definitely pack the stadiums to support their respective cities. And as we know, good contests produce higher standards of performances, with bragging rights on the cards.

Granted, Pakistan has become the world’s best Test team, an astonishing feat for which words alone can do no justice. But, let us be clear, we achieved that distinction despite the system, not because of it. If our domestic structure was at par with the likes of Australia, England or South Africa, we would have become number one a long time ago, and that is what people at the helm need to understand.