How long will our country insist on keeping its boys out of the kitchen? 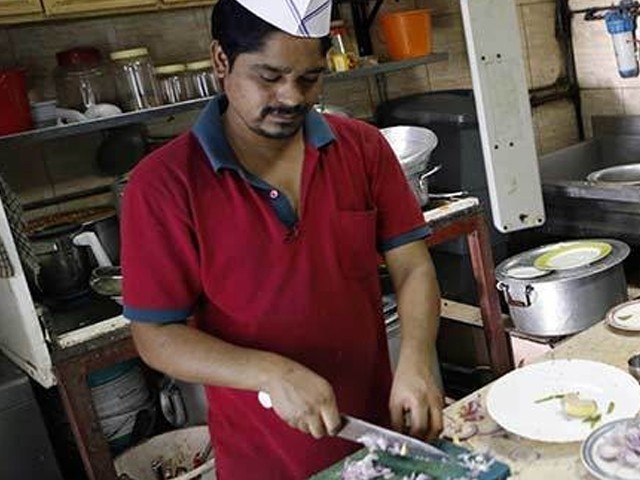 How long will this country insist on keeping its girls in the kitchen?

Another 70 years according to the Punjab Government, which has announced a program to exclusively provide girls schools with poultry to ‘teach them about the kitchen.’

The aim of this program is to teach the rudiments of nutrition and “train these small girls about kitchen waste.” The reason only girls’ schools are included in this scheme is because,

“Girls, mostly, have to deal with the kitchen and they are more responsible and caring than boys.”

Firstly, the move in itself is a sensible one; schools in many developing countries include practical agriculture studies in their primary school curriculums. It makes sense for children in an agricultural country to learn about livestock and it doubles as an engaging hands-on activity to develop interests beyond the basic skills of reading and writing.

The initiative is, in fact, too good to be relegated to the female domain of kitchen and household. The head of the Punjab Government’s livestock department was probably handed a report about something similar by a much more competent underling and he realised that this would be an excellent opportunity to use tax rupees to buy chickens from a certain someone’s poultry empire *wink wink*.

However, he probably balked at the idea of putting any innocent Pakistani boys near anything that even hints at domesticity and now thousands of children will be deprived of an excellent learning opportunity.

Has anyone ever seen a female manning their local chicken shop? Are women the only section of society that is responsible for limiting waste? If we’re going to be stereotyping then aren’t boys rather than girls generally more interested in animals? And if boys are less ‘responsible and caring’ then wouldn’t giving them animals to look after inculcate exactly these virtues?  Or is responsibility and emotional balance also somehow related to the ‘kitchen’? Remind me to look for them amongst my family’s ration of atta and daal.

Seriously, the ‘chicken in every kitchen’ program needs to be expanded to include not only boys’ primary schools but all secondary schools (both public and private) as well. In fact, it ought to also include the planting and care of vegetable gardens, basic first aid, book-keeping and attempts to involve people (that means both men and women) from the local community in passing on any number of basic skills, such as sewing or carpentry or more specialised arts, such as weaving and pottery making to the next generation.

This would mean that learning does not need to be sacrificed for vocational training and both may be carried out under the supervision of the schools management to prevent abuse (if we lived in a perfect world, that is. Baby steps, I suppose).

Such a program would not only be beneficial from an economic point of view in giving these children, and indeed their entire community, a measure of self-sufficiency, but would also possibly keep children interested in coming to school and staying off the streets. The produce could either be distributed amongst the poorest children or used to make lunch for the entire school, measures that would likely encourage parents to pick an education over sending their child to the nearest home as a maid, or the nearest garage as an apprentice.

It would also, to a great extent, return lost dignity to the practice of working with one’s hands and also perhaps eventually (with a combination of other measures) release the stranglehold of ideologies that insist on rote-learning and then medical or engineering degrees as the only path to success.