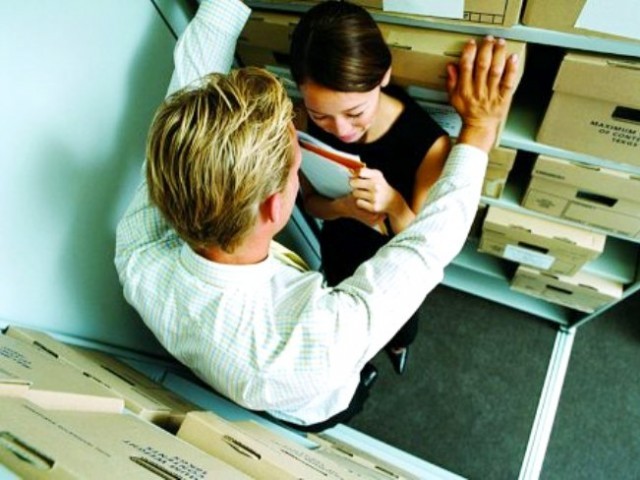 Innocuous gestures can sometimes be misinterpreted

Not long ago, at an informal get-together of friends in Karachi our conversation turned to harassment in the workplace. One of my friends mentioned a recurring problem she was having with a male colleague, who seemed to always keep his eyes at a particular location on her body instead of looking her in the eye when talking to her. She could not avoid it as their respective job roles required a lot of communication between the two.

This was particularly uncomfortable yet she was unable to raise this either directly with the person in question or with anyone else at work. She felt this would be laughed at, causing further embarrassment. Her self-esteem was suffering and despite being happy with everything else at her workplace, she was looking for another job.

In another incident, a new recruit in my company came up to me within a week of being hired to have an informal, confidential discussion about harassment. When asked to elaborate, she said a male colleague had a habit of singing Indian songs, which she felt were targeted towards her. A confidential investigation showed the person in question, a generally well-respected guy, had always hummed songs while being engrossed at work, entirely oblivious to anyone else around. Most co-workers in his team were quite used to this habit.

What exactly is harassment?

While the term harassment itself is a wide one, sexual harassment in particular, as defined in the Protection Against Harassment of Women at Workplace Bill 2009 is

“any unwelcome sexual advance, request for sexual favours or other verbal and written communication or physical conduct of a sexual nature or sexually demeaning attitudes, causing interference with the work performance or creating an intimidating, hostile or offensive work environment, or the attempt to punish the complainant for refusal to comply to such a request or is made condition for employment.” (Though the title states Women, the Bill covers sexual harassment for both men and women at the workplace.)

Harassment comes in all shapes and sizes

In many cases, and especially in Pakistan where there is no formal method of education on such a topic, certain behaviours and attitudes are at times unconscious or considered ‘normal’. For instance, leering, or unwelcome touching when passing a glass or other object, or even staring as in the case of my friend, can sometimes be an unconscious behaviour. This is not to excuse it, but knowing that it could be unconscious may allow us to deal with it better. When a group of guys at work exchange sexual or suggestive material, snickering over it and when asked what they are laughing at, to shrug it off saying nothing, just “normal guy stuff” is considered acceptable workplace behaviour by some.

Many serious sexual harassment incidents often go unreported and unpunished – from ‘supposedly harmless’ suggestive comments or jokes to repeated SMS friendship messaging to actual physical contact or requests for such contact. The Bill may have been passed, but for an effective implementation it is critical that people – employees who work in any kind of organisation in Pakistan – understand harassment and what it encompasses, and are up-to-date on how to go about safeguarding their right to a dignified working environment.

The Bill provides a Code of Conduct to be followed by organisations as well as a guideline for the procedure of lodging and conducting inquiries for complaints. It is mandatory for organisations to implement this Code of Conduct in their HR policies and to adequately educate staff about it.

Has your organisation complied yet?

Confessions of a fundamentalist: We're going to get you