Kinnaird College: This moment of freedom is all these girls will ever have 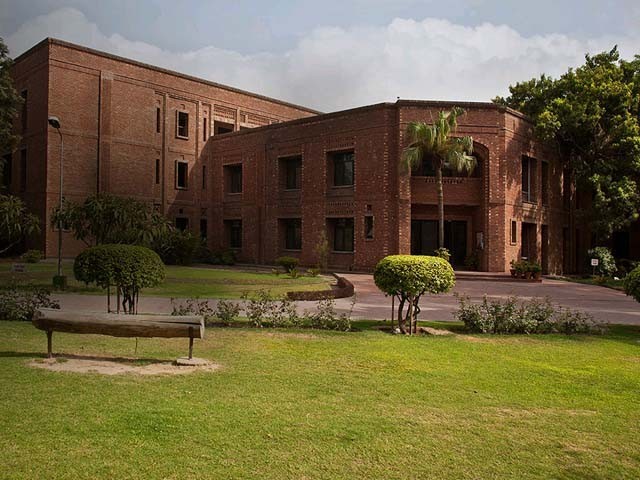 My first and most recent memories of Kinnaird College for women involve torrential downpours; the first week of my first semester as a freshman in the Honour’s program and then this week as I visited the college to collect my degree. This was my last piece of official business with my alma mater as a student, I took the time to tread over all my old haunts, and imprint images of the soaking grounds firmly in my mind.

As its horticulture society never tires of reminding the students, Kinnaird boasts one of the most beautiful (award-winning) campuses in the country and a visit in any season is a delight and a privilege. This is owed mostly to a large number of old and beloved trees, from a gigantic Banyan in front of the Administration Block to the grove of Amaltas standing sentry in aptly named Amaltas Block. Visitors who happen to raise their eyes skywards as they walk across the parking lot will see nothing but various shades of green and can enjoy nearly perpetual shade from the all-encompassing canopy as they walk from one end of the (comparatively small) campus to the other. A great deal is also owed to its gardening staff and to the aforementioned Horticulture Society as well, especially in the spring, when the grounds are bedecked in all kinds of flowers and the weather is at its very best.

This is not to say that other seasons do not also hold their charms. Winters bring gothic mists and lines upon lines of picture-perfect roses and the muggiest summers can be spent in relative comfort inside the cool courtyards of its sensibly designed, colonial style buildings. Despite these charms, it is the rains of Kinnaird that will remain my most treasured memory, for reasons that have very little to do with externals.

As well as stunning grounds, Kinnaird College also has a reputation. It is supposed to be the domain of an elite and ‘fast’ crowd of girls, perpetually dressed to the nines, oozing arrogance and trailing perfume. It is looked down upon by the students of other educational institutions as a ‘party-school’, a chance for women to have one last frolic before they’re hustled into suitable marriages and turned into ornaments for upper class drawing-rooms. It is rumoured to be a den of wickedness, a hot-bed of substance abuse, a constant merry-go-round of concerts, plays, and parties.

This reputation is as ill-founded as it is malicious. A cross-section of the student body reveals attendees from all classes of society, owed largely to its high merit, comparatively low fees, and a truly generous financial aid system. ‘Social’ events are common but they consist, by the large, of inter-department tutorials, presentations, talks, workshops and seminars (mostly on serious topics, believe me). There is an annual play and short, amateur dramatic attempts throughout the year by various departments as a peephole into their inner workings. Concerts happen no more than twice a year (if they happen at all) and annual ‘welcomes’ and ‘farewells’ were often more exhausting than fun after a full day of back-to-back classes.

Kinnaird’s bad reputation comes mostly from the fact that it is a safe space for women. Within its walls and after years of discipline and uniformity at school, girls are first introduced to some limited freedom. The outside of Kinnaird may be ringed with predators on motor-cycles; loungers menace the pedestrian bridge and public bus stops, and it takes a permanent traffic detail and a platoon of college guards to make sure that most girls reach the gates un-harassed (even those in full abayas and niqabs) but once inside many of the suffocating pressures of patriarchy fall away.

Women at Kinnaird experiment not only with dress and deportment but also with ideas and privilege. A ‘KCite’ from any department (be it Computer Science or English Literature) will not tolerate ‘mansplaining’ and being put-down in the home or at the workplace. She will be heard in both gatherings in her family and meetings at the office. She will take control of her life and determine her own path as a professional or as a home-maker, whatever suits her best. She has spent four years or six years or even eight years around a strong, no-nonsense, faculty and has been pushed to the limits of her mental endurance (whatever that limit may be). Which is why she is looked upon with awe (and in many cases, horror) long before the people around her have taken the trouble to get to know her better.

There do exist women at Kinnaird, who are only pursuing a degree because it is a requirement for bagging a good rishta just as there are many men in countless co-ed universities who are only pursuing a degrees for ‘good jobs,’ both of which in many ways are similar in being the pursuit of status and comfortable living. Who’s to say that an interest in fashion isn’t just as empty-headed as countless hours lost to casual gaming, or less expensive than an interest in fast cars and expensive watches? In fact, many boys and men don’t pursue education, so much as saunter through it, as a glance at any mixed merit list at any level will show.

My first rains at Kinnaird were spent at first avoiding and then splashing in puddles, running from cover to cover, getting soaked and marvelling the view. My winters were spent enjoying sunshine and hot tea in the grounds without worrying about whether the lawns were getting too crowded with raucous men. I could stand in lines and crowd with my classmates around demonstrations and lab equipment without worrying about groping. I could relax without constantly having to adjust my clothing or trying to ignore stares.

My last rains have been spent enjoying the colour and laughter on display when hundreds of girls know that they can wear whatever they want and be as noisy as they please. I know that many of these girls stop asking questions and making jokes when they leave the campus every day and become second to brothers, husbands and sons. They will discard interests and hobbies as they are relegated to kitchens after graduation. They will eventually forget that the advancement of science and the evolution of art had once had any hold on them at all.

But for now, under a monsoon downpour, these girls can forget about the constant pressures to be as pure as spun light and simply be themselves.