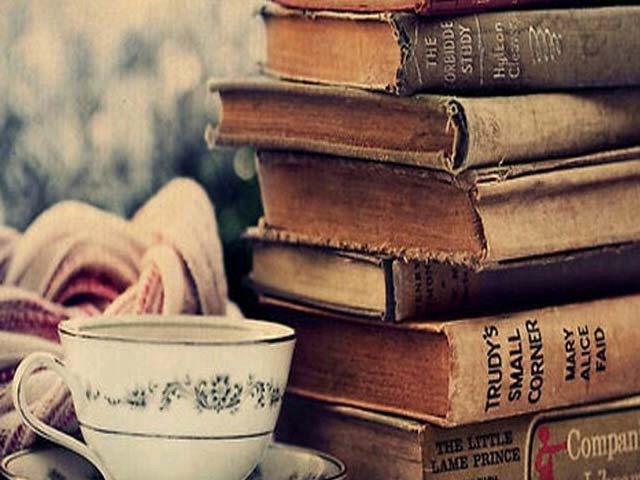 I was aching for English that made sense, English that I knew and was familiar with - today’s English. PHOTO: TWITTER

Language shapes the way we think. It’s a system of investigation of reality, and control of reality. Today, so many of us live for language. It is our mode of communication, words are how we express what we mean, want, and desire. Actions do not speak louder. Words are direct, and distinct.

But what happens when they aren’t anymore? What happens when words begin to diminish into abbreviations and sentences into acronyms? People blame the millennials, they always do. But this hasn’t solely plagued our generation.

I was re-reading George Orwell’s 1984 for a class last semester. I realised that in the world of language, ours isn’t too far away from his. The way we use our words, spoken, and written, are restricting language. I guess you could say Orwell was predicting the dystopia that we now live in.

I log onto Twitter because I feel like expressing myself. But I only have 140 characters and my words do not fit. My thoughts cannot be broken down into 140 characters. It isn’t enough. Eerily reminiscent of NewSpeak in 1984, no? In the novel, the world of Oceania is afraid of art, and language is one of the ways to express art, thus Big Brother stunts the use of language. When people are forced to use limited words, it impoverishes language.

1984 explores the way someone can push an idea by saying what it is not, this is the theory behind Doublespeak. Realism is an ideological representation of truth. Verisimilitude is similar to truth, and part of the central concept in modernity that is explored by Orwell. The novel discovered and obscured fiction. It understands its own fictionality, and is not asking the audience to believe because it assumes belief due to the way it is narrated. Winston is able to resist Big Brother essentially by thinking outside the boundaries established by the Inner Party. But the question is; can we resist? Can we think outside the limits established by our society?

I log onto Facebook to see what’s happening around me. There’s #tbt, #fbf, awk, cray, dw, tbh — the list goes on. And no, that’s not to say I don’t use them, I do, I am a part of the world that is slowly helping deteriorate the English Language and I hate it. I want it to stop. I miss hearing people around me expressing themselves in wild hyperbole. I miss long sentences and paragraphs you got lost in.

I’m standing at Liberty books looking at the shelves around me. Somehow, nothing is appealing, aside from the smell of new books.

I remember having a conversation with a friend, and using words that they felt were Shakespearian, or (the horror) medieval. I don’t remember the word, or the phrase but this is normal these days. Every time someone speaks in rhetoric of winding sentences, they are shunned. The English language is dying, and yes, we are the ones slitting its throat. We are eating away at its resonating words, breaking down its sentences, and I’m afraid that one day it will no longer exist. And that’s scary as hell.

I was reading The Canterbury Tales, and oh, Geoffrey Chaucer really brought along the Middle-English vernacular. Was he shunned for it? Was he criticised for writing in a language that seemed so foreign? Yes. Because as humans, we have this innate need to despise change. After a whirlwind of Anglo-Norman literature, I was aching for English that made sense, English that I knew and was familiar with – today’s English.

I saw the slow progression of change with Chaucer, yet it wasn’t my language. I remember thinking how difficult it was to understand, and I know that the generations above ours feel the same way about the way language is changing today. Not everyone understands what ‘cul8r’ means, and that is not a bad thing. These days the word ‘chill’ has replaced verbs, leaving us with a placeholder to describe what we’re doing. Where did passion go? Did blown-up expressions deteriorate into chill?

When it comes to narratives in literature, we can see the way literature glosses over elements; it is a form that encourages thought, therefore it cannot go about pain realistically, and one has to write it symbolically. There is an inherent violence in human beings that literature does not know how to relate to physically. So we use simpler words to make the experiences easier, we use “how are you” to ask someone who’s suffered a loss, when we know it isn’t enough.

We know that the pain is too much to face so we allude, we gloss over, and we hide behind this new language that we call English, but it isn’t really. There are things in life that take on such a horrific mask that they cannot be exposed through literature. They must be narrated through symbols; we use emojis to express feeling, when words are there to do them justice. Why are we taking the easy way out? Why are we forgetting our words?

1984 questions to what extent knowledge can be suppressed. Is knowing better than not knowing? Today, I don’t know. Even when we know, even when we see what’s happening in this world around us, we gloss over it. We go on with our lives as a means of survival. But inherently, we aren’t surviving at all. We’re avoiding.

“We’re cutting language down to the bone. The Eleventh Edition won’t contain a single word that will become obsolete before the year 2050” (Orwell).

There is a limitation of language throughout Orwell’s narrative, and the simplification of language makes it impossible to think. This makes me wonder, if we keep cutting down our language, what will remain?

Prose cannot exist in abbreviations, poetry cannot exist in acronyms – literature, and we, as lovers of language, need alliteration, repetition, words that provoke and evoke sensation – we need an extension of words, not the opposite.

One cannot think a thought if one does not have the words to think it in. Language has the power to both isolate, and connect individuals. So let’s try to use to connect further than just hashtags and tweets. Let’s not forget that someone somewhere fought for the English language to find its place in the world. The next time you use an abbreviation, think of Shakespeare rolling over in his grave, think of Chaucer (agh) sighing, and Austen groaning – I know I will.