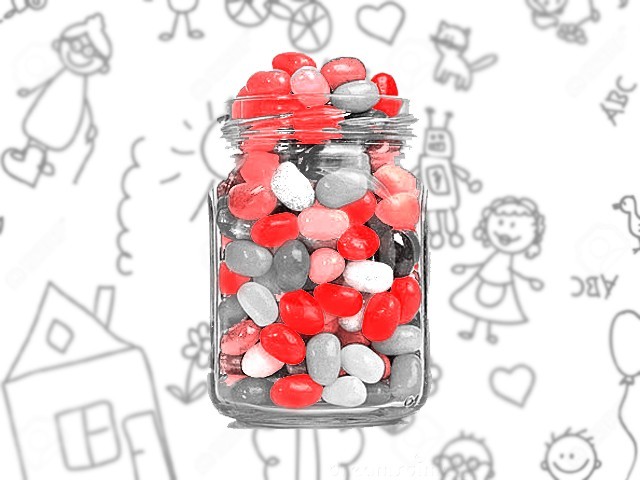 We will play all day and eat candies (I have saved a lot of the red ones you like).

Saira had somehow dragged herself to his house. Her dislike for him had turned into hatred ever since he made her quit school. She even hated staying in the same room as him. Well, at least she wasn’t going to suffer alone; she had Afzal with her.

“Have you revised your lesson?” he asked, staring at her intently.

She started to recite yesterday’s lesson. All the while Taya Abba’s eyes kept surveying her.

“Come on, Apa! You know Taya Abba doesn’t like it when we’re late.”

Afzal was running ahead of her.

“You go ahead. I’ll catch up.” She pretended to catch her breath.

As she saw Afzal run out of sight, she turned around to go to the park. She had no intention to go to him today. She would give herself a day off and relax. She didn’t get many chances to stroll around in the park now, but she used to come here every day with her school friends. Maybe she would bump into a friend.

About an hour later, she got up to go home. As she got to the gate of the park, someone tapped on her shoulder. She turned around quickly, afraid that it would be her parents or Taya Abba. But it was Omar, her friend Fatima’s brother. She let out a relieved breath and smiled.

“Assalam-o-Alaikum. What are you doing here?”

She asked him as she looked around to see if Fatima was there as well. But she wasn’t anywhere in sight.

“Walaikum assalam. I have a message for you from Fatima. She told me to give it to you when school started, but you haven’t been coming to school. So now that you’re here, I want you to have this so I can finally tell Fatima that I have given it to you.”

He handed Saira a small piece of paper and ran back to his friends. Saira unfolded the paper and started to read. It was a letter from Fatima. It said:

Hope you are fine. I am alright, by the grace of Allah. I won’t be able to come to school anymore, as my parents want me to stay at home and help them with our farming. But I really miss you. Ask your mother if she can allow you to come over to my house for one day. We will play all day and eat candies (I have saved a lot of the red ones you like).

Please ask your mother and let me know

Saira laughed with joy. She couldn’t wait to ask her mother about it. She folded up the letter and held it tight in her hand, skipping all the way towards home. Afzal must be coming back too. She would ask him not to tell Ma and Abba about her day. She would inform them herself, at a suitable time. She knew Afzal would do as told, in exchange for some of the candies she had brought. She clutched the candies in her other hand to give them to him as soon as she saw him. He’d understand the rest. He was quite smart that way.

When she got close to home, she was smiling to herself. As she drew closer, she heard loud voices from inside. They sounded like someone was shouting and a woman crying. She ran inside to see what was wrong.

“There she is! Ask her where she’s been!”

Taya Abba’s raised hand pointed at her, his eyes bloodshot. She was scared just to see him.

“Where have you been Saira? Answer me!”

Her hysterical mother shook her violently.

But before she could finish her sentence, Taya Abba stepped forward and slapped her hard across the face. She fell to the ground, her little body too weak for the strike. The candies and letter fell out of her hands onto the ground and her dupatta slipped off her head and shoulders.

“She went to meet a boy in the park! She ditched Afzal and ran away. I told you to keep an eye on her. God knows where else she has been with him. I knew she was up to something but I didn’t say anything earlier because I thought everyone deserved a second chance. I thought the Quran would put her on the right path, but this little rodent doesn’t deserve a chance.”

Taya Abba’s red eyes were scaring Saira more than anything else. Boy? What was he talking about?

“Who is the boy? The boy your Taya Abba saw you with in the park?”

Her father stepped towards her, hands stiff by his side.

Saira was so confused she couldn’t even get a straight sentence out of her to tell them that he was her friend’s brother.

“Whom you went out with today and Allah knows how many times before!”

Taya Abba kicked her right in her stomach. The blow made her double with pain.

“Allah would punish us all for this; you, because you’re her parents, and me, because I was her teacher. I am His servant; He will question me about it. Oh my Lord! Forgive me, I should have stopped her, but I failed. We’re all going to be punished!”

He started pacing around the room, hands clenched into fists.

Saira couldn’t breathe right because of the kick. She knew her mother would come to comfort her as she always did, but this time she didn’t. She stayed in the corner, crying.

“Who would marry her now? What would the society think of us? We are ruined.”

Ma was crying harder as all her thoughts poured out of her mouth. Abba stood close by, looking down at Saira as if she were a disgusting object. Saira couldn’t think of anything she did to deserve this.

“Father, please. I didn’t do anything.”

Saira mustered all her strength and courage to speak.

“You dare to lie! Are you calling me a liar? Were you not with a boy in the park today?”

Taya Abba pulled her up by her hand.

She couldn’t complete her sentence as Taya Abba slapped her again.

“So you’re confessing that you have an affair with a boy. I knew it. I knew you were a disgrace to us.”

He kept a hard grip around her arm and punched her. She didn’t know how to save herself, even her parents were not budging. But she couldn’t squirm under her uncle’s strong grip.

Suddenly, the grip from her arm loosened, only to be replaced by one around her neck. Her uncle gripped her neck tighter and tighter. She couldn’t breathe. She tried to wave at her mom to save her, but she just stared back, eyes wide with shock and horror. She tried to pull Taya Abba’s hands off, but she couldn’t. Her eyes felt like they’d pop out of her head as she dangled, gasping for air.

And then there was nothing.

Just the limp body of a 13-year-old girl, whose family thought their honour mattered more than her life; all because they thought she was a disgrace, more of a disgrace than Taya Abba, who murdered her over an allegation without even giving her a chance to clarify herself – whose only sin was to be a girl in a man’s world.

The author is a young and ambitious writer who loves photography.

Series 6 Was I a threat? Part 3 The dead princess

Series 6 Was I a threat? Part 1 “Please don’t dishonour us by going out all the time.”