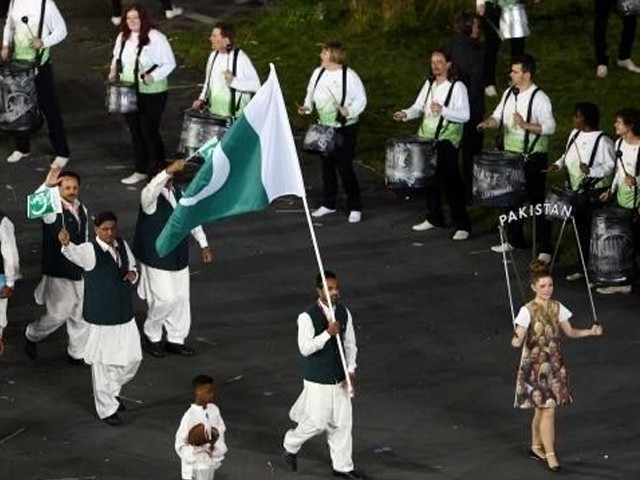 Even before the games were started, Arif Hasan, the Pakistan Olympic Association president, said in an interview that Pakistan had no chance to win a medal. PHOTO: TWITTER

The summer Olympic Games finished after 16 days of festivity and competition in Rio de Janeiro, Brazil. Two hundred and five participating nations competed in 306 events and 86 countries and two independent athletes won at least one medal.

Unfortunately, but as expected, Pakistan did not appear on the winning stand – just as they hadn’t in the previous six Olympics, stretching the medal drought to 24 years.

To add insult to injury, it can be pointed out that once again, Pakistan remains the most populated nation on earth not to win any medal in the Olympics. Ironically, the day following the wrap of the Games, Pakistan became the number one Test nation in the world.

Pakistan celebrate their win at the Oval. Photo: Reuters

My friend Khalid Zafar, who is an avid cricket fan, believes that the worst thing that happened to Pakistani sports was its win in the Cricket World Cup in 1992.

Before that, the nation followed activities in field hockey, soccer, squash and volley ball along with other sports. Whatever sport was seen on television at the time was played on fields or in the streets.

In what has become known as the heyday of Pakistani sports in 1994, Pakistan appeared in the cricket World Cup, took home a field hockey championship trophy and won world championships in squash and amateur snookers.

From there, it was all downhill.

Cricket’s dominance slowly took the life out of other sports. The medal drought in the last six Olympic Games reflects the fact that Pakistan has become a graveyard for all sports except cricket.

In the Rio Olympics, Pakistan had more officials than athletes in its 18-member delegation. It was the smallest ever contingent of athletes in the nation’s history. Only seven athletes were permitted entry in the Games; none was able to advance. Even before the Games started, Arif Hasan, the Pakistan Olympic Association President, said in an interview that Pakistan had no chance to win a medal.

The failure of the Pakistan field hockey team to qualify for the 2016 Olympics is the most hurtful event. Over the years, Pakistan has won eight medals in Olympic field hockey. Thrice they bagged gold, thrice silver and twice bronze medals. Their last medal was a bronze in 1992 at the Barcelona Olympics. Since then, the pride in our national sports team has gone down, ending this year in its inability to even qualify for the main event.

There is a lack of interest in Olympic sports, but there is also a lack of infrastructure to train athletes for these events. Our training facilities are decades old, equipment is rusted, no coaches are available, training methods are obsolete, and athletes cannot afford the long period of preparation they need to participate.

In the international arena, there is cutthroat competition to win. Simply put, our poorly trained athletes cannot compete with others. Most international players start playing sports at the high school level. Unfortunately in Pakistan, there is no strategy for developing athletes at the elementary level and hence their prime years for athletic development are wasted.

Although the lack of infrastructure and resources holds true for most Pakistanis, institutions like the Pakistan Army and Navy recruit many sportsmen. These institutions – if they were planned well – could train athletes in sports like track and field, judo, cycling and archery among many others.

Most games in the Olympics have a separate event for women. Pakistan, being a deeply conservative country, does not encourage women’s sports – this alone leads to missing out on half the medals in the Olympics. But this Olympics showed one advance for Pakistani women when Madiea Ghafoor became first female of Baloch descent to participate in the Olympics. Although she was born and raised in the Netherlands, she represented Pakistan in track and field events. 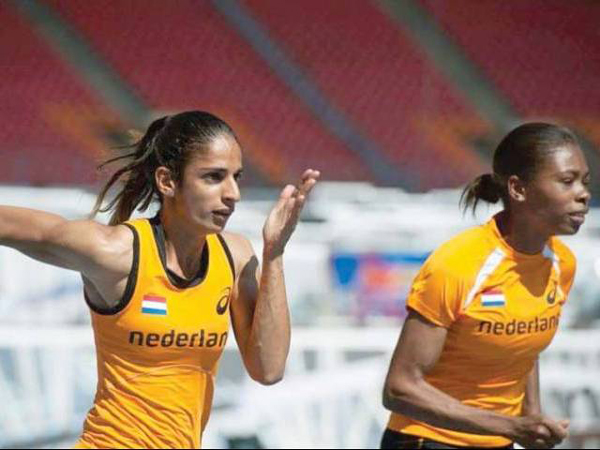 Madiea bagged a bronze medal in the 2011 European Athletics Junior Championships in Estonia, where she finished third in the women’s 400m event. Photo: Madiea Ghafoor

Many poor and small nations such as Jamaica, Kenya and Cuba won several medals. Amongst Islamic countries, Iran led by winning a total of eight medals, including three gold. Also notable as a first, an Iranian female won a taekwondo bronze medal. This shows that with support and training, even smaller nations can produce winners.

But we show no interest; we even have a history of forgetting our sports hero’s other than cricketers. In a recent interview, a former cycling Olympian Muhammad Ashiq said that he rides a rickshaw in Lahore to make ends meet. 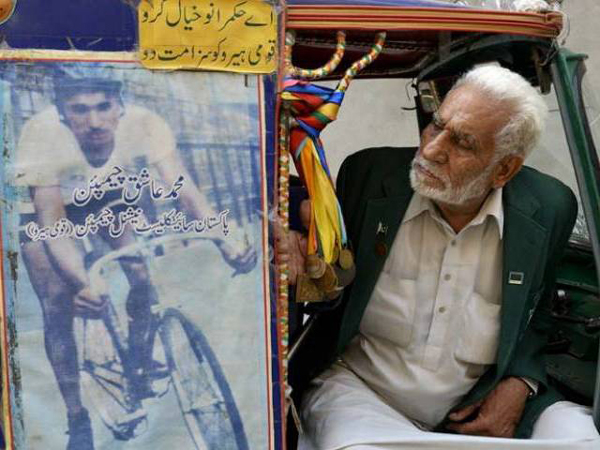 In my opinion, there is little hope for an improvement of the nation in the international sporting arena. I don’t see any national leaders, sportsmen or educators calling for reform of the athletic training system or an increase in its funding. I worry that the darkest days for Pakistani sports are still to arrive. No public interest exists beyond cricket. The infrastructure for other sports is in a continual decline.