Chitral’s natural beauty can stun anyone into silence 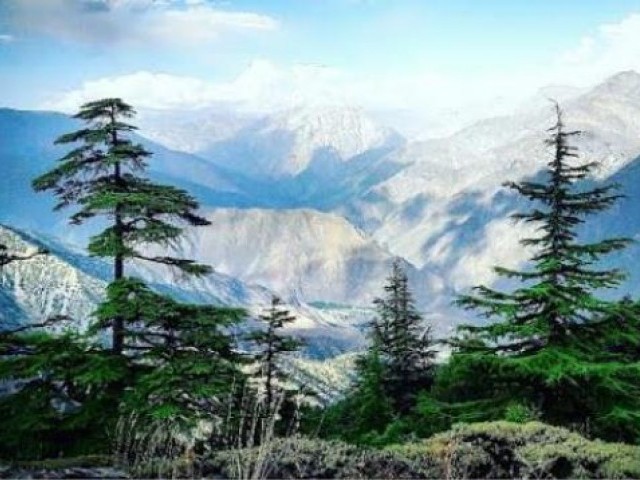 When I was going to Chitral to cover the aftermath of the Shandur Polo Festival 2016, I had no idea what the region had in store for me. When you have space for one story from a region that is generally under-represented, it is inevitable that the most appalling one wins placement.

There is so much more to Chitral than just forced marriages and floods. Whether you are strolling in a bazaar or sitting on a hill overlooking Tirich Mir from the royal abode of the mehtar, the city and its people will force you to extend your trip. The air of regality, serenity and warmth is enough to lure you in.

The presence of various lakes and glacial streams in the area has created an abundance of water supply providing the perfect set-up for a hydel power plant project. Golain, surrounded by mountains and water, is not only a scenic site but the land where a 106MW power project has been constructed. The area also has various trout farms. It is believed that when Cobbs, a British administrator of Chitral, asked for the highest polo ground to be constructed in Shandur in Chitral, he also brought in a large supply of trout in the local rivers. Golain now continues the area’s tradition of supplying fresh fish. 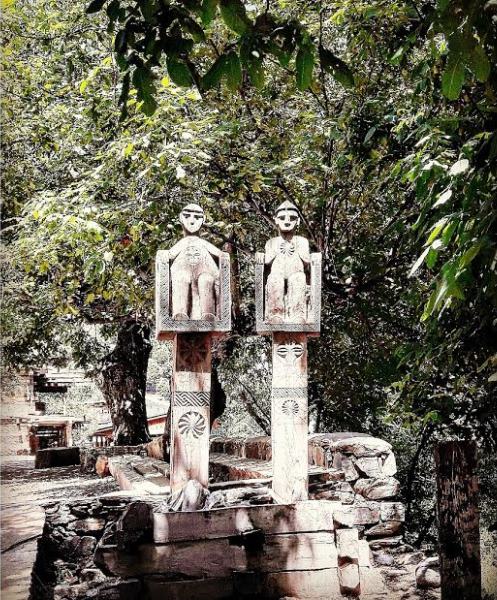 The construction is made using the best wood from the finest trees and is erected in memory of those parents who did not have children. Kundurik was supposed to keep their memory alive. While the people of Kalash have been restricted to only three valleys in the region, their traditions and festivals continue to intrigue the world today.

The view from Birmaughlasht, translated as the walnut plain, is the site of the summer retreat of the Mehtar (ruler) of Chitral.

The area surrounded by pine trees and high mountains like Tirich Mir and the Hindu Kush range serves as a great tourist spot. Animals like ibexes, markhors, deers and snow leopard reside in the area and can also be seen drinking water from the streams at the base of mountains on most evenings.

A view of the landscape en route to Bumboret, Rumbur and Birir valleys of Kalash in Chitral.

The terrain is rugged and dangerous but the experience, thrilling. All of lower Chitral can be seen from the height.

The simple wooden houses of people in Chitral.

Whenever a house is being constructed, the first room to be built is the mehmaankhana or the guest room. People in Chitral are famous for their hospitality and the mehmaankhanas are the best rooms in every house. In fact, because of this culture, there is not a single homeless person in the entire district.

The beautiful orange construction has stood the test of time and with canons and unique arches still evokes a royal aura. The mehtars who still own the palace, lived in the building till around 1960 after which Chitral acceded to Pakistan.

A view from Lowari top

The destruction caused by the floods in the area can easily be seen from the height. However, despite being struck by natural calamity, bowl-shaped Chitral with its difficult topography offers a lifetime adventure to tourists. Apart from the natural beauty of the region which will stun anyone into silence, the hospitality of its people is unparalleled. Random people throughout the district offer visitors meals and accommodation and appear hurt if their offers are refused.

Before the advent of modern ways of communication, people used to stand from the gates of the palace till the flatlands of lower Chitral and pass messages on to the mehtar. Every and any kind of news ranging from happy events to possibility of attacks was communicated this way. The building at an elevation in Chitral also served as an older day Panopticon via which mehtars kept an eye on the affairs of the region.

The graveyard in Karakal village in Bumboret Valley

The graveyard in Karakal village in Bumboret Valley does not have any boundaries marking the enclosure save some trees which are venerated due to their presence in the vicinity. The body of the deceased is brought to the graveyard on a charpoy and placed in a wooden coffin-like box. Similar to customs of ancient Egyptians; food, mostly fruits and nuts, war equipment and often vessels, utensils and money are placed in the box containing the body. The people of the valleys believe these are essential items to start the journey into the afterlife.

The box is then left on the premises along with the charpoy which is kept in an inverted position. However, recently the Kalash community has started to bury their dead. Some people believe this is to create more room at the cemetery, some say it is because modern tools are now available which was not the case in the past, while others say it is to avoid air pollution caused by rotting bodies left exposed to the elements.

The author has a Bachelor’s in English Literature from LUMS. She is a sub-editor at The Express Tribune Peshawar desk. She tweets at @hayat55y (twitter.com/hayat55y)

Why is Karachi’s DHA Phase VIII being gated against its own denizens?

Does homosexuality exist in the Urdu ghazal tradition?

Dubai: Look beyond the glitter to see the sorrow of migrant workers