Mr Nawaz Sharif, you should not be the foreign minister of Pakistan 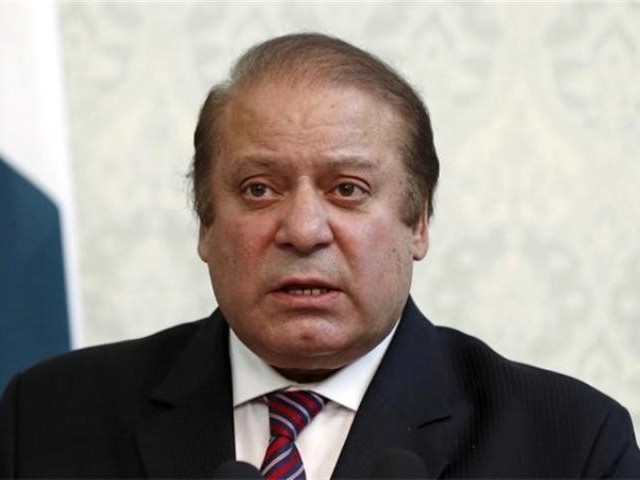 He does not have the type of personality that a foreign minister should have. PHOTO: REUTERS

Since a foreign minister represents his or her country at all international conferences, he or she has to be highly educated. Sometimes a very experienced diplomat is appointed as foreign minister, at other times a popular politician is selected. Pakistan, being a nuclear armed state with plenty of problems of its own, is in urgent need of a foreign minister. But at present, it is Prime Minister Nawaz Sharif (NS) who is doubling as the foreign minister of the country.

We have had some very good foreign ministers, one of them being Sahibzada Yaqub Khan, the longest serving foreign minister of the country. Besides being a retired general, he knew several languages, and was once our ambassador to the United States. There have been others, very able lawyers like Zulfikar Ali Bhutto and Syed Sharifuddin Pirzada. For some strange reason, General Yahya Khan apparently thought he would make a very good foreign minister (while being president at the same time). We know what happened during his reign: the country was dismembered.

As far as I know, NS is not suited to be our foreign minister. He is fluent only in one language, he has to read from pieces of paper when he talks in English (which he does very slowly), and he does not have the type of personality that a foreign minister should have, like Hillary Clinton, John Kerry, and of course Sahibzada Yaqub. But it’s our bad luck that he is the one who decides such things, so we’ll have to exercise the utmost patience and bear with him, like the unlucky chaps in the foreign office.

I can imagine NS presiding over a meeting in the foreign office to discuss how to react to Afghanistan’s latest tirade against Pakistan.

NS: We should send our navy and occupy Kabul.

Official: Sir, Kabul is not a seaport, our navy can’t get there.

NS: I know there is a lot of water near Kabul, maybe it’s a river port.

Official: Sir, the river is too shallow and narrow for our navy to get there.

NS: So send the navy to any other town in Afghanistan.

Official: It’s a landlocked country; you can’t send a warship there.

NS: We could drop an atom bomb over Kabul?

Official: The nuclear cloud would be transported to Peshawar and Islamabad within minutes – thousands of Pakistanis would die as well.

NS: What’s the use of having nuclear weapons if we can’t use them?

Official: We have them to deter India from invading our sacred land.

NS: India? How can the Indians ever think of invading Pakistan?

NS: I was too young at the time, no wonder I don’t remember it. So why don’t we drop an atom bomb on Botswana?

Official: We don’t have any disputes with that country; in fact only India and Afghanistan are bothering us nowadays.

NS: But we have to use our nuclear weapons to show everyone that we are a nuclear state!

Official: Everyone knows that, sir, we don’t need to carry out any more explosions to prove it.

NS: So what do we do with Afghanistan?

Official: You, being the foreign minister, could go there and tell them that what they’re doing is not cricket.

NS: Cricket? I didn’t know they played cricket in Afghanistan.

Official: They do, some of those Afghan refugees learned how to play cricket and formed a team when they went back and they play it pretty well.

NS: I don’t want to go to Afghanistan. I don’t like their nihari paaya. Send Sartaj Aziz.

NS: What? How dare you suggest such a thing? I’m the only one who can be both prime minister and foreign minister of Pakistan!

Official: Yes sir, you are right. There are 200 million people in the country, and only you can be the foreign minister of Pakistan. I’ll write this in my memoirs. I’ll tell this to everyone I know, I’ll even tell my grandchildren – east or west, NS is the best!