Could Sami Aslam be the answer to our opening woes? 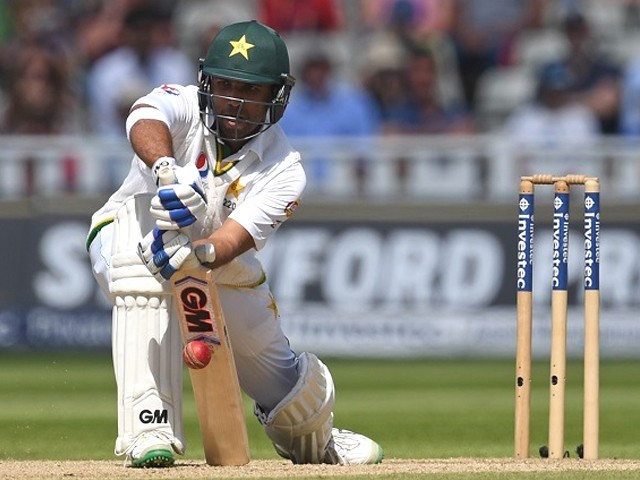 Sami Aslam batted responsibly after Pakistan were set a target of 343 on the final day of the Edgbaston Test against England. PHOTO: AFP

Temperament is not a word often associated with us Pakistanis. We like whatever excites us the most. In other words, passion is what drives us and adrenaline is what keeps us alive. There is never a dull moment in the life of a Pakistani. I guess that’s just how it is.

But sometimes (almost every time) all this “thinking from the heart” culture can have dire consequences. If we are ready to accept the fact that this ‘culture’ affects our lives in one way or the other, how can we not believe that this same ‘culture’ seeps into our sports, namely cricket, and affects the minds of the upcoming generations?

This is the same reason why our generation of cricketers have always followed the so called ‘mega stars’ like Shahid Khan Afridi and Imran Nazir, and whilst the two have made great contributions to Pakistan cricket, upcoming cricketers seemed to have ignored real role models such as Mohammad Yousuf and Younus Khan. This is, in fact, the main reason for cricket’s decline in our beloved country.

It is a known fact that players who have followed the footsteps of the greats of their times have ended up becoming legends of modern day cricket themselves. I personally believe that it is easier to find the next Afridi than it is to look out for the next Saeed Anwar or the next Inzamamul Haq for that matter. But luckily, Pakistan might just have had their prayers answered in the shape of the upcoming young opening batsman, Sami Aslam.

At a tender age of 20, the lad from Lahore has already proved that he is more than capable of taking the responsibility of opening innings and anchoring his side to victories with match altering knocks. After having just played a couple of Tests against England in almost alien conditions, Aslam has already caught the eyes of cricket experts and commentators from around the world.

But most importantly, his defensive approach, positive attitude, strong temperament and the ability to play the ball late has made him rise up the order and one would think that he may open ahead of the likes of Shan Masood and Mohammad Hafeez in future Tests.

It was not just his stroke play that caught everyone’s eye – it was also his calmness on the pitch, something that is extremely rare these days; especially amongst young batsmen. His resilient approach stood out from the pack as he would, almost every time, make his way out of difficult situations. Whilst the relatively experienced duo of Hafeez and Masood couldn’t handle the swing and bounce of the English pacemen, Aslam taught them a valuable lesson; ‘stick to the crease and play every ball according to its merit.’ That is exactly how conventional Test cricket should be played.

His 170 odd runs at a healthy average of 46.00 in just two matches against a quality bowling attack is no coincidence. Aslam has been playing competitive cricket since he was 16-years-old and within no time, he became the all-time leading run scorer at the under-19 level – a record that speaks for itself.

Apart from that, he has six centuries to his name at an exceptional average of 49.97 in List A cricket. These are not just some boring old statistics, rather numbers to ponder upon.

We should value the words of world cricket greats, who were quick to notice this unearthed talent. Shane Warne, Geoffrey Boycott, Mike Atherton, Wasim Akram and various others have heaped loads of praises on the 20-year-old, something that should be enough for Pakistan’s Chief Selector, Inzamam, to allow him to play for the next two years.

Pakistan Cricket Board (PCB) should take notice of the fact that countless talents, such as Sami Aslam, still exist in the U-19 circuit and history is proof that various great players from the past first represented Pakistan at the U-19 World Cups.

There is no doubt that talent exists, but the problem is that not only is it being ignored time and again, but many players are being overlooked, mainly due to lack of facilities and shortage of funds.