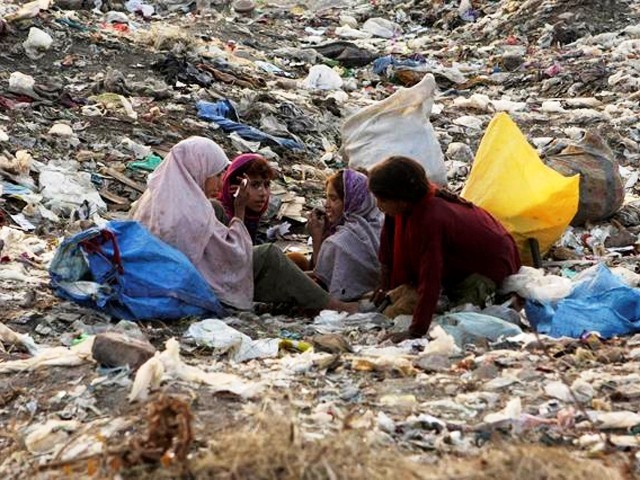 The poor children, who pick out the garbage are at the bottom end of chain.

We have entered 2011 and still face basic sanitation and cleanliness problems. With the municipal corporation left alone to do the tasks of collecting and dumping waste, the problem seems to be going nowhere.

Waste and garbage dumps are an ordinary sight. All those years I passed by them and never imagined how this  mess can be taken care of. For all those years, the hassle of carrying empty bottles and wrappers, in a bid to find a dustbin, was quite a painful task. This thought led me to sit down and study the supply chain of waste management.

The poor garbage collectors handpick bottles and cardboard from waste every morning to sell it to the kabaris. The kabaris sort it and sell it to middle men until all of it ends up with local companies who use the waste as raw material in the production of bottles, cardboard, plastic, tissue papers, newsprint paper and even white A4 paper.

The poor children, who picked out the garbage in the first place and carried it around all day, are at the bottom end of chain and receive the lowest fraction of the money made in the process – all at the cost of their education!

It might be a very difficult thing to do, but we could try to break this chain and bring in organisations in between, who take the garbage from kids, for an amount of money that can be used to educate the children.

All I ask is for are small steps which can bring change.

At NUST, we did an experiment of hacking parts of this waste management chain. All we did was install separate bins for paper and other garbage. We divided the whole waste management system into two parts. Paper went to storage while the rest went into trash.

Within a semester, four tons of paper was collected with a profit of Rs40,000 and a reduction in incineration by 90 per cent. What if every school and university started doing this? Let’s up it one level. What if mohallas and communities hire children to sort their entire waste, take it along, and sell it. The money paid for the collection can go for arranging for their school.

It’s not hard to recycle

Let’s take out a calculator.

An educated estimate suggests that only 21 per cent of the total waste in Lahore goes towards recycling and it generates an amount of $4.5 million. Further it can be predicted that if recycling is seriously adopted, $8.8 million can be generated from one city alone.

A recent report by Dawn News about recycling by Tetrapak (packages) portrayed a very good example of dealing with this situation. Keeping economic benefits of this process aside, taking out the trash on Sundays isn’t really that difficult and the youth in Pakistan have done it through Facebook. Organisations like Zimmedar Shehri have shown us that it is possible.

In the age of technology and Facebook (two separate ages), it’s not that hard to link organisations and form synergies to take small steps to curb such a nuisance. Organisations like EPS, Pakistan Sustainable Network, Pakistan Environment Club, Subh-e-nau, Scope are a good start for such synergies.

So for the next summer vacation, intern at such places for a change, to make a change!