The newest way to con passengers on public buses: Target the older women 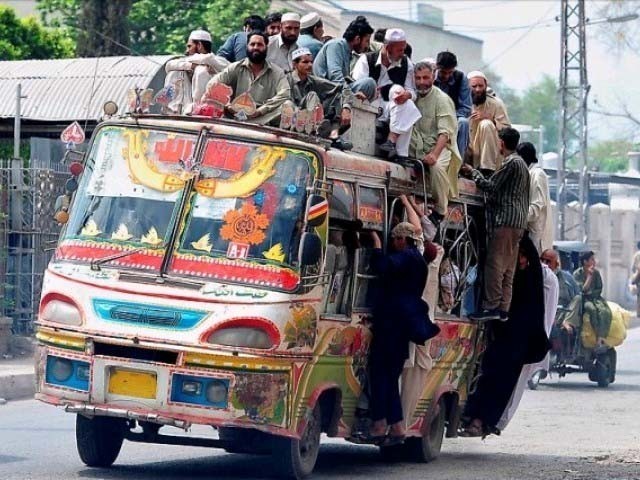 Getting a seat in a crowded bus is a little triumph. PHOTO: AFP/FILE

Getting a seat in a crowded bus is a small victory that one may celebrate in their heart, but if the person seated next to you is stern looking and constantly stares at you for no apparent reason, this victory might turn into uneasiness. At that point, all one wishes for is for time to go by as quickly as possible. However, I have a way out of it; every time I sit next to someone, I give them a slight smile to the person seated next to me.

Last night, while on a bus, I smiled at an old lady whom I had caught looking intently at me earlier on. She gazed at me for a while and returned the smile,

“Now, I won’t feel uneasy about being watched for the next hour,” I thought to myself.

After a while, the old lady tried to break the ice by asking me where I had come from and where I was headed. I told her my locality, to which she remarked that that was her stop as well, and she lives only two blocks away from me. Then she asked,

“Would you like to come with me? I can drop you off to your place – my husband will pick me up from the stop.”

Thinking her offer sounded suspicious ,I scrutinised her face, but her expression gave nothing away. So I told her,

“Thank you, but my brother picks me up from the stop. He will be waiting for me.”

She let out a little laugh, perhaps sensing my distrust, and said,

“Beta, I am glad you said no, you can’t trust anyone these days, not even your own shadow.”

I nodded at her remark; she continued,

“A while ago I was robbed by a gentle looking man, who gained my trust at first and then made a fool out of me.”

Okay! This seems interesting, I thought.

And so began her tale.

She was waiting for the bus when a man approached her with some papers in his hand and asked,

“Madam, do you know of any widows residing in this area?”

She was taken aback by his question and told him she didn’t live in the area and then asked him why he wanted to know about widows. He changed his question around and asked,

“Madam, do you know of any needy widows?”

She told him she didn’t know of any such widows. She also added that she wouldn’t reveal such information anyway unless his inquiry was accompanied by a logical reason.

“I was asked to do a survey for a lady from a well-known hospital. She handed me this responsibility, but I need a woman to work with me.”

“What do you mean?” she had asked.

“The lady, who is overlooking the administration of the hospital has allocated Rs70,000 for household utility expenses, which she wants to distribute to needy widows. Not only that, she wants to do it every month so that women in need may carry out their daily tasks with ease. She is also willing to provide ration. You see, since it’s a big responsibility, I need a trustworthy woman like you to work with me for this noble cause.”

She immediately turned his proposal down because she knew what he was going to ask of her; she told him there should be a proper channel for this and there are other women who are working for such causes so he could contact them.

After a momentary pause, she asked,

“You seem very trustworthy and I feel that I can trust you with such a large sum of money.”

After saying this, he took out his cell phone and dialled the ‘lady from the well-known hospital’s’ number and made me talk to her.

He, very intelligently, had gained this old aunty’s trust and the lady on the phone convinced her to undertake the task.

“Then? What happened? How did he rob you?” I asked the old aunty curiously.

She paused for a while, pressed her lips together, combed her short hair back and set her dupatta on her head, as if she were gathering her thoughts.

“As per the discussion with the lady on the phone, the man was going to provide me with Rs70,000 at that very moment. After hanging up the phone, I asked the man to do what the lady over the phone had asked me to. He asked me to walk towards the bank so that he could withdraw money. After walking a short distance, he turned around and put his hand on his forehead, as if he had forgotten something important.

When I asked him why he had stopped, he told me he had to buy a few things a widower had asked him for. Instead of walking towards the bank, he headed on towards the market. When he reached there, I heard him curse himself in a low voice; concerned, I asked him what was wrong, he said that he has forgotten to withdraw money from the bank in order to buy the things. I told him it wasn’t a big deal and that we could go back to the bank. But he insisted that I should pay since we were almost at the market and going back would be a big mission.

I hesitated, but he went on an emotional guilt trip about about how he had trusted her to safeguard Rs70,000 and the least she could do was trust him in return. Letting my guard down, I searched my bag and handed him Rs5,000. Then I followed him to the shop where he stopped to purchase the required items, but I thought the prices were very high and began bargaining. While negotiating with the shopkeeper, I noticed he wasn’t by my side anymore.

I suddenly grew alert and started looking around for him but calmed down when I saw him standing at the other shop, looking at me. From there, he waved at me. But my gut feeling kicked in and I sensed something was up so I sped towards the shop, only to discover that he had fled with my money.

I looked for him everywhere, but couldn’t find him. I couldn’t believe I had been conned by that crook.

When I finally shook off the shock, I thought of talking to the ‘lady from the hospital’, but realised that the call had never been made from my phone, it had been made from his phone.”

After listening to the old aunty’s story, I was speechless; not because she had been tricked, but by the manner in which the man had gained her trust. I asked the aunty if she had lodged an FIR against the thief, but her answer upset me even further.

“Beta, can a person lodge an FIR against one’s own silliness?”

“Throughout my teaching career, I have helped people steer clear from such scammers. I have always stopped them from falling prey to mobile, gift cards, washing powder, and job opportunity scams. But I became a victim myself. And I am highly disappointed in myself. I can’t even tell my husband about this incident because he would laugh at my stupidity.”

I tried as much as I could to console the lady, but I knew I couldn’t change the way she felt. What I gathered from this story was either these predators prey upon our innocent naiveté or play with our emotions. Everything they do stops us from thinking logically and rationally.

I hope we all find it in ourselves to identify such unsuspecting predators and protect ourselves.

The author is doing her Bachelors (B.A hons) in English Literature from the University of Karachi. She likes to read, write and volunteer.