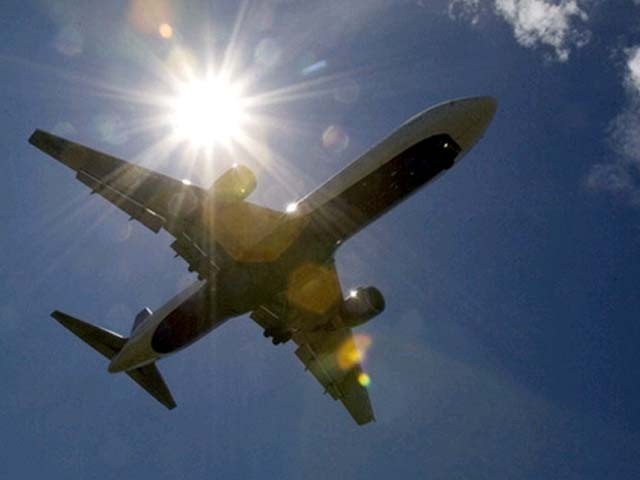 It was a pleasant surprise to find another a Pakistani on that seven hour flight. But what came next was not pleasant. PHOTO: AP

Whilst travelling from Doha to London, I had a 60-year-old Pakistani aunty sitting next to me on my flight. To be honest, it was a rather pleasant surprise to find another Pakistani on board. What came next was a surprise, but not a pleasant one.

She began talking to me.

She started off by telling me that she is from a rich business family in Karachi and handed me her husband’s business card right after. She went on to tell me that her only son, who lives in England, recently got divorced. She let me in on the nitty-gritty details about how he was hoaxed by the girl and her family. She went as far to say that the girl was psychotic and created numerous problems for her son.

Then she asked me if I am married, to which I responded that I’m not. She took that as an invitation to tell me how to choose the ‘right girl’ for myself and lecture me on the flaws of aaj kal ki larkian (the girls these days) and said there are no sinf e nazuk (women) anymore. I could tell she had something against aaj kal ki larkian, who according to her, are not willing to do anything and everything for their husbands. They just don’t care about them is what she said.

She went on to elaborate how she still takes care of her husband herself, even though she has servants and has never cooked or done any household chores. I nodded my head in response, but she kept at it and further degraded aaj kal ki larkian by comparing them to herself.

The conversation then drifted towards the topic of materialism. Boy was she passionate about that particular topic. She told me how much she despised materialism, and how everyone around her is so materialistic. She narrated an incident about a funeral she went to, where a relative of the deceased hugged her as she was leaving, and then complimented her jora. She asked,

“I don’t know what it is. Could be Sapphire.”

She went on to say that she only buys her clothes from Asim Jofa, Sana Safinaz, and a few other high end designers, but at the same time, she despises women for being materialistic and that too at a funeral, taubah!

The conversation then shifted back to her son, saying how good it was that we brought him up in our conversation. Truth be told, I wouldn’t label this as a conversation, it was more of a one sided rant. She wanted to tell me more about him and she started telling me what a simple boy he is and is not brand conscious at all. However, she added,

(Thank God, child. It’s not that we don’t have it. We have everything)

“My son always wears shirts from BOSS. But recently, he has stopped talking about these shirts since I told him not to waste money.”

While she was saying this, I looked at my shirt, wondering where I got it from.

The horror would not stop. Even though my responses were mostly ‘okay’ or ‘yes,’ it did not deter her. As if a verbal description of her son wasn’t enough, she started showing me pictures of him on her phone. She asked me if I found him handsome and I nodded, out of politeness.

Next, she showed me messages from her niece, a scholarship student at IBA, all the while praising her niece’s intelligence and smartness. I somehow became privy to all her relatives details. She even showed me a text that her niece sent her – one that showered her aunt with adoration and praise.

Once again, I was left with no other choice but to nod.

Finally, the much awaited landing announcement reverberated through the plane. The aunty turned to me and told me to recite Ya Hafeezo a number of times along with her. I pursed my lips and nodded, again.

The reason I shared this painful experience was to emphasise how materialism has become inherent in our lives, to the extent that we don’t even realise it. A mature 60-year-old woman despises others for being exactly what she is. Isn’t that hypocrisy?

Most people have begun to value a person based on the brands they wear as opposed to the individual’s integrity and honesty. Relationships with inanimate possessions are more cherished than those with the ones with actual people. The worst part is we fail to recognise these flaws. What happened to modesty and humbleness?

This seven hour long ordeal made me realise how our society has changed. The aunty made me feel ignorant for not knowing high end brands that are oh-so-important. But then I realised, it doesn’t really matter.

As for you aunty, I think I now know why your ex-daughter-in-law left.