The words not spoken 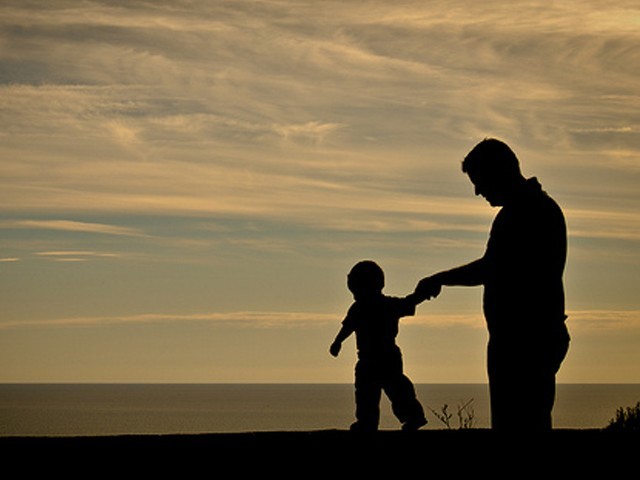 His parents watched him as they stood in the doorway. They smiled, went towards him and took off his shoes, one by one, gently, as if each had a life of its own. PHOTO: RUTHUSHER

He had slept without removing his shoes.

His parents watched him as they stood in the doorway. They smiled, went towards him and took off his shoes, one by one, gently, as if each had a life of its own. But his socks were quite moist and his feet felt cold. She looked at her son with concern, but her husband calmly motioned her to sit.

Both of them sat as she wiped his feet with her hands and a cloth, and tucked him neatly into a blanket.  She switched the lights off, and as darkness submerged the boy’s room, they returned to theirs.

“He had such a long day today, especially in this unstoppable rain, but I’m so happy he got his passport.”

“Yeah. I’m sure he’ll get the visa very soon, too, and then he can be on his way next month, InshAllah.”

“Next month? Isn’t that too near?”

“It is. But he is going for his job. It’s what makes him happy, and that’s all we need.”

“How was your day today at work?”

“What did you have for lunch?”

“I’d like to hear you say it.” He could picture his mother’s smile at the other end of the line.

“Rice and vegetables.” Now, a mild smile and a forehead of concern.

“Do you make sure the rice is well-cooked and the vegetables are fresh?”

“Everyone eats it at the office, I’m sure it’s fine.”

“No, but still, you never know. It’s always good to be sure.”

“Are you completely settled in now? Do you like your hostel? How are the people there? Where are they from?”

“Yes, things are good. The hostel is fine and the people, too. Also, I don’t spend so much time there; it’s a nice city, so I often go out. Both of you should come visit sometime, there are a lot of places to see.”

His mother was quiet. Tears glistened in her eyes.

“I’m joking Ma, you take everything to heart. I promise I’ll take you. I promise.”

A smile stretched out on her face.

Mothers; no one forgives and forgets their children’s mistakes as quickly as them, he thought.

“What time are you arriving tomorrow?”

“At five in the evening. I’m so happy that I will see you! I am asking for the last time, should I get anything else from here?”

“Are you sure? Acha, make sure you’re on time to pick us Zubair. Don’t be late please.”

“Right now, your father is packing the same old shoes he has had for centuries. I have told him a thousand times to get new ones, but he has a strange liking for old and worn out things.”

“It’s okay, he can buy new shoes from here, and they’re quite cheap.”

“Okay, I’ll tell him, but you’ll have to convince him, he’s beyond me. I’ve tried and failed so many times.”

His father had refused to buy new shoes and worn the old ones on the three days that he was there. It somehow annoyed him, his father’s refusal to buy something better when it was available, when it was affordable, when it was socially necessary. And in his annoyance, he noticed, there was a strong sense of embarrassment.

On the day they were supposed to head back, his mother said,

“So you’re saying it’s fully carpeted and there is an independent bath and a kitchen?

“Jee, I got a good deal with the apartment.”

“I want to see it. I want to see how you have arranged your bed, clothes and everything. And we have some time before the flight; we can go and see it.”

Zubair was reluctant for some reason, but he gave in to the idea when both of them persisted. It was raining heavily when they reached. As Zubair opened the door, he removed his shoes and put them on the floor mat.

He went inside and switched on the light.

His father had been the first one to enter. He had his shoes on, he saw. Zubair was fairly annoyed,

“Can you take them off? It’s a new carpet and your shoes might be wet,” he said.

His mother was standing with him, without her shoes. She looked at him and at that moment his phone rang. The phone conversation was short, and when it was over, he looked back, and only saw his words scattered across an empty room and his parents standing outside the doorway. The place on the carpet where his father’s feet had been had these small wet spots, separated by an almost equal distance. He went out.

“I’m sorry, I should not have said that.”

His father looked at him and inside his eyes, instead of anger, he saw a strange moistness, laced with countless memories, which had gathered at the edges, and more seemed to be on their way.

“You never have to apologise to me,” he said and in the tone of his voice, Zubair felt some memories were sitting, blocking his vocal cords.

He looked briefly at this father’s shoes, at his moist feet underneath. His feet looked cold and wrinkled. Though he had seen his father’s feet numerous times, but today, without seeing them but feeling them beneath his shoes, he thought how much his life, the carpet in his apartment, the money in his wallet, the ideas in his mind, the freedom, the love he held, was because of the two people that stood at the door.

But words are strange, sometimes despite our attempts; they refuse to budge from our throats almost as if they’re teaching us an unknown lesson.

They headed to the airport. When their flight was announced, he embraced his father. Many years later, he would find out that a lot of what his father had never said had been transferred in that long embrace. The coldness he once felt melted in that embrace. And the tears that had been previously frozen, now formed at the outlines of his skin.

Then he looked at his mother who had not met his gaze since leaving the apartment. He hugged her and though she kissed his forehead twice, she still did not meet his gaze. She stood at an arm’s length from him, but seemed a continent apart, and for the first time, he wondered whether some mistakes could be forgiven but not forgotten.

“The line is breaking, I cannot hear you.” He knew it wasn’t the line which was breaking. It was her voice.

But he wasn’t ready to hear that, hear her perfect voice break and find out the reason that had broken the voice he loved. His mother sobbed on the other end of the line and in between the sobs, there was an extended period of silence. His phone receiver felt like a boulder in his hands, one he could neither carry, nor put down.

“Zubair… your father, how could he go? How could he?”

As his heart contracted within itself, he sobbed with his mother, each sob soothing the other’, and once the sobs became intermittent, a broken voice on a perfect line said,

“I am booking a flight for today.”

“What will we do without him?”

“Ma, I will be there by tomorrow.”

His burial had been delayed until Zubair’s arrival. When he reached, he met his relatives hurriedly as everyone walked towards the burial ground. Tears did not spill. Moistness did not form. His heart was not ready to break. It had not realised what it had been hit by. It continued to beat, albeit, in a confused manner, unsure of how to progress.

As he, along with his first cousins, lowered his father into the grave, he noticed his father’s feet. They seemed to be placed in a strange position, the right one on top of the other. He went towards his father. He went near his feet, sat down with them, lifted them with the same love his father had lifted his feet years ago, and laid them out separately, closely. As his palm touched his father’s feet for the last time, he sensed that they were somewhat wet.

It was then that his heart broke.