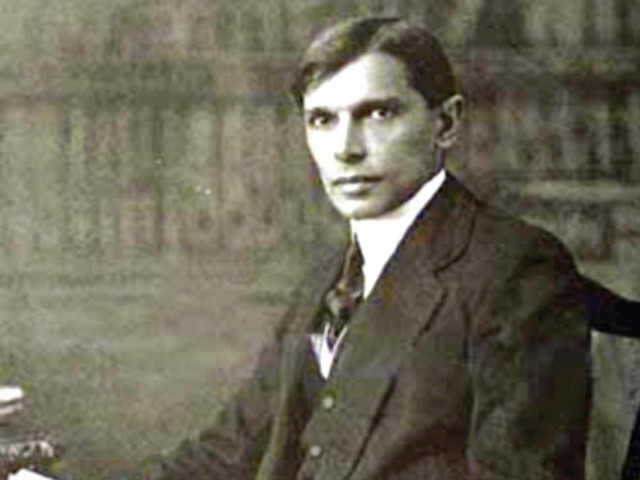 A leader that we always took seriously was Jinnah

“You know what really bothers me about India? Not their stupid ‘Incredible India’ slogan or their weird item songs or that ‘Licence to wear Black’ ad,” says a friend during Pakistan Studies class one day. “The Taj Mahal! Everybody wants to see it. It’s on every postcard. Even that stupid French guy wants to see it. It’s the first thing everyone wants to see!”

When I ask why she’s bothered by the Taj Mahal, her answer is simple: “Because it’s really ours.” That is, Pakistan’s.

Five years of Pakistan Studies class, hours of learning dates and battle names, of revising lists of long-dead presidents, and all we’ve learnt is to be miffed that French President Nicholas Sarkozy visited the Taj Mahal? But if we look at the bigger picture, perhaps it’s a miracle we’ve at least managed to develop this much of a sense of politics and heritage.

History classes are usually only remembered for how long they are and how the bell awoke you from your sleep. Any student anywhere in the world can tell you that. But Pakistan Studies is special because students feel they have a stake in it. You could come home after reading about the 1937 elections only to have your grandmother argue with you about it.

In primary school, where history is fed to us in small morsels, it is coloured by the teacher’s own idiosyncrasies. One primary school history teacher, who was also the Islamiyat teacher, had the ability to relate anything, and I mean anything, to the Quraiysh tribe of Makkah.

The decline of Rome?

“The wickedness and un-Islamic behaviour of the Romans, who had strayed from God’s path, of course.”

“He said his daily prayers! Beta, if you said your prayers daily, who knows, you too could rule a mighty empire!”

And we loved it. Nine year olds find this perception of the world extremely entertaining.

It also meant that she would start talking about history in the Islamiyat class:

“And Hannibal’s 40 camels, I mean elephants, crossed the Alps…”

So history has always been interesting. It was only our textbooks that tried the hardest to put us to sleep. We used the surnames of the authors of our Pakistan Studies textbooks instead of the real titles: “Bajwa is so annoying” and “I’m so burning Kelly after this exam”.

Later, we ran out of textbooks. There are only so many times you can revise the Salt March. So school decided to educate us visually. Suddenly history class became cinema time, and all the hilarity that came with it. We sneaked in packets of chips, scribbled our names with permanent markers in the dark and would sit everywhere except the seats: Miss, we’re on a boycott, like Gandhi. “Oh diss!” we yelled every time the onscreen Gandhi challenged the British in court. “Kya hero hai,” we murmured in appreciation when Mangal Pandey played by Aamir Khan rose out of the water replete with a six-pack washboard stomach.

Perhaps the epitomy of randomness was the 1980’s flick Bhagat Singh. In one of our favorite scenes, Bhagat Singh single handedly kills 11 British guards, gets shot four times and yet is such a hero that he still manages to find time to attend his own mehndi, complete with a dancing-in-the-rain sequence and snatching-the-dupatta ritual. Bhagat Singh also happened to burst into nationalistic song every time he saw a British soldier. These were his two reflex actions: He would either shoot the guy or sing about him.

The one film none of us made fun of was Jinnah. No one cracked a smile when Fatima Jinnah was listening to the refugee stories or when Ruttie Jinnah began to sink into depression. There was something sacred about the film, something haunting about its theme track. This was the film that should have won eight Oscars, we felt. The bell signaling break rang but no one heard it. We were too busy crying, “Pakistan Zindabad! Quaid-e-Azam Zindabad!” along with the onscreen Pakistanis.

And sometimes, history class forced us to look back at ourselves. There is a highly contested part of India’s pre-Partition history that several textbooks deny Jinnah ever agreed to: the Cabinet mission. Apparently, the British in 1946 presented a sort-of-Partition plan that ultimately failed: Northwest India (ie modern-day Pakistan), India, and Bengal would be three separate groupings with their own constitutions and domestic policies, united by one foreign policy, defence and railways. Separate, but still the ‘Subcontinent’.

Contested or not, we had to pass a Pakistan Studies exam in May. After the Cabinet Mission lecture was over, there was a pause in the usually bored buzz of our class.

“But that’s perfect!” somebody blurted out.

“That’s what we are right now, right?” chimed in another. “Except…we can’t stand each other.”

Suddenly we were all talking at once. What would have happened if both Congress and the League had agreed to it? What if there needn’t have been a nuclear arms race, all our regional wars? And how the hell did the British guess we would be three countries, not two? It isn’t every day you question your country’s existence. That’s the real value of our history.