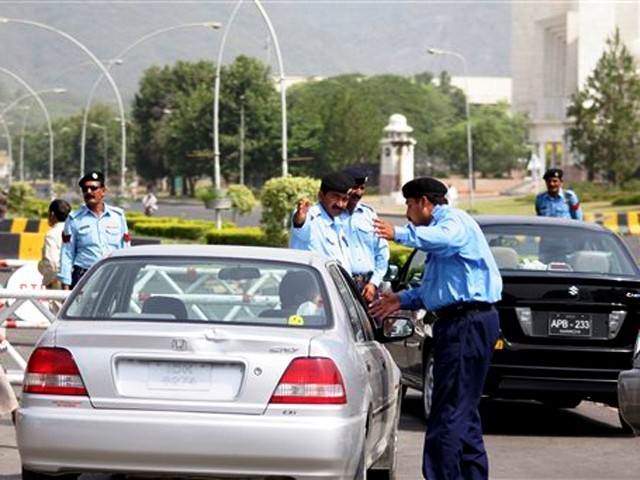 It is the policemen who stand on the roads unaware of who they will be inspecting next.

Be it individuals or society as a whole, we rarely waste any opportunity to be critical. It seems to have become part of our nature. From the common man to the so-called intellectual class, we all are astute in passing out judgments.

And the trend extends to the media as well. Anything positive hardly falls in the category of “breaking news”.

On my way back home from work, I have to cross at least three police barricades, as do many of us. I will not be going into the merits and demerits of these check points. My focus, today, is on the police personnel who are deputed at these check points.

These days, the temperature at night in Islamabad drops below freezing point.

Every night as I approach a check point, a policeman signals me to stop, flashing a torch in my eyes.

Like everybody else, at times this infuriates me to the extent that I feel the urge to get out of the car and confront the ‘torch man’.

However, what one, including me, fails to realise is that while all this is going on, we are the ones sitting inside the cars with the windows rolled-up and the heater on.

Meanwhile, it is the policemen who stand on the roads unaware of who they will be inspecting next. She/he might be wearing a suicide-jacket or driving an explosive laden vehicle or might even be a carrying a deadly weapon.

The policeman is assigned the duty of stopping vehicles randomly, risking his own life, and doing so while the temperatures are below freezing point.

Let’s say if the one driving the car, all set to delve in a nasty confrontation with the policeman, is assigned the task of standing for eight long hours under the open sky in the freezing weather, not knowing what to expect. To me this feels like a frightening prospect; I think I share this sentiment with many others.