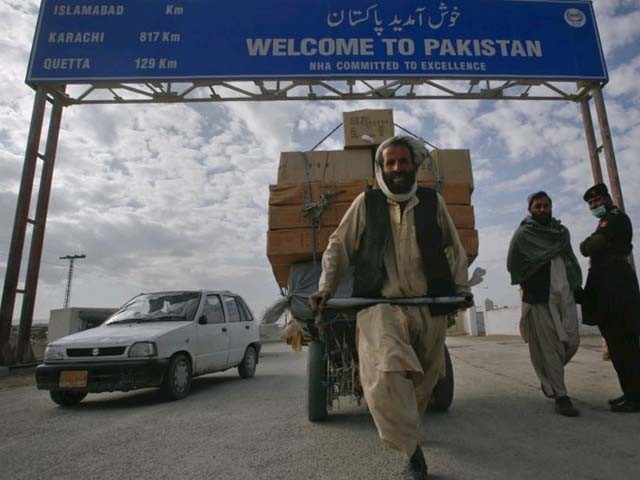 Banaras Khan was eight when he came to Pakistan in 1979, shortly after the Russians arrived in Afghanistan. He was the second eldest son, who crossed the Pak-Afghan border at Mohmand by foot with only his mother. His father had two wives – and he chose to settle down with Banaras’ stepmother in Peshawar.

Banaras and his mother came with nothing to a country completely foreign to them. They took refuge with an old Afghan neighbour who was already residing in a rented home in my neighbourhood. His mother borrowed some money in the hopes of starting their life again. She began to make choli (beans) for her son, like she always did back in Afghanistan. Eventually, Banaras started to sell the choli at the village street and what was once the only thing that connected them to the home they left behind was now their source of income. All the while his older brother, Malik Khan, was busy in the war against the Russians. As gut wrenching as it was to be part of a family that was no longer intact, Malik’s visits every now and then was still a happier alternative to losing him to war altogether.

37 years ago, they would’ve never imagined that stepping into a country completely unknown to them would’ve been the best decision they ever made. The initial hardships and daily struggles of being part of a family that was torn apart by war seem to be a blur in the past. Banaras’ business gave them a new slice of life as it grew bigger than they suspected it would. Banaras is now a famous choli seller in the village while his older brother runs a choli shop in the main market. Both the brothers now find themselves happily married and have sons and daughters of their own. They earn enough to encourage their sons to pursue an education from the local schools and colleges in town – they’ve been able to provide their children with a normal life, one they did not have the privilege of having earlier.

Not once have they had to think about going back to Afghanistan.

Last month, an announcement in town regarding repatriation forced Banaras Khan and his family to think about relocating; most of their relatives have already headed back. The prospect has been heavy not only on their minds, but on their pockets as well. They have had to cut down on their business in fear of the police, who have found an excuse to harass them regularly – demanding refugee cards or bribes in exchange to live on peacefully for a while longer.

Banaras’ son, Sikandar, was not ready to move. He’s studying engineering in Pakistan and he feared that relocating will ask him to compromise and tamper his education. But, when his Pakistani friends kept on asking him when he was heading back ‘home’, he couldn’t help but consider it. He became fed up by all the constant questioning, making him feel as though, all of a sudden, he’s not welcome in this country anymore. These hatter voices upset him and, even though he once strongly opposed the idea, he is now trying to convince his father to go back to Afghanistan.

Not once had Sikandar ever thought about Afghanistan. He has never seen Afghanistan in his life. Even his father insisting that they visit their homeland did not make him change his mind. His response would always declare Pakistan as his homeland; where he was born, where he studies, where he got married and, which now is home to his child.

He’s been raised all his life and breathed in this culture and their frame of mind. He, too, has been taught to dislike India just like any other Pakistani college student. He cheers uncontrollably for Pakistan during a heated India-Pakistan match. He has studied from the same textbooks and agrees with why India has lost Pakistan’s loyalty. He considers India his enemy, just like his other fellow Pakistani students. He bleeds as green on the August 14th as every other Pakistani when the day plays out. He knows the national anthem by heart, he’s been singing it every day, all his life at school assemblies.

And yet, his Pakistani friend had the gall to call him a friend of India.

Sikandar grew up here and expanded his business here. He loves Pakistan more than Afghanistan, yet he is not considered a Pakistani. He revisits history when Pakistanis were divided about supporting the US during the Russian war, and then the US invasion of his native land. Despite everything, he will always support Pakistan over anything; he will love Pakistan even when he goes back to Afghanistan, because no one can make him hate this country, not even all those speeches that are spread across the border.

He knows that grievances can come between two brothers, but nothing can separate them forever. These man-made boundaries can stop us for some time, but they cannot divide us forever because in hard times, we will come together again.