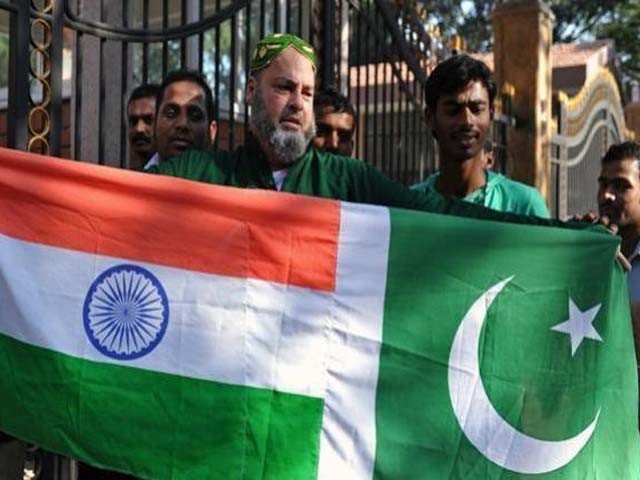 As someone who had been raised in the United States by Pakistani immigrants, I have always found it difficult to fathom the animosity between Pakistanis and Indians living in South Asia. All the aspects of life that bring the two groups together – from music and food, to values and mannerisms – get clouded out by the venomous politics between the countries’ governments.

During this time of celebration for the 69th year of independence of Pakistan and India, I strongly believe that the only way forward is for the citizens of both these countries to recognise their shared experiences and heritage, and to cooperate for a more prosperous future – like the people in the South Asian diaspora do.

At the intergovernmental level, Indo-Pak relations have unfortunately been sour from the dawn of independence, largely due to the horrific violence that occurred during partition. Since then, there have been three wars, territorial disputes, nuclear proliferation, limited trade and travel across the border, tutelage of hateful propaganda, and much more. Every time relations begin to improve between Pakistan and India, some kind of spoiler inevitably seems to emerge.

A toxic environment has become entrenched in the subcontinent, such that economic and political cooperation between the two states is nearly impossible. It is somewhat understandable then that people begin to lose hope in the prospects for lasting Indo-Pak peace, much less friendship. However, it is not as if Indians and Pakistanis can never or will never get along, there should still be hope for the future.

Indeed, all one has to do is leave the subcontinent and pay a visit to the global South Asian exodus to find the exact opposite. Whether in the suburbs of New Jersey or the neighbourhoods of London, people of Indian and Pakistani origin – both immigrants and their children – are often the best of friends. In a strange but logical way, Pakistanis and Indians become closer and closer the farther they are from their homelands.

Outside of South Asia, where people live under different circumstances and take on new national identities, the hyper-nationalist rhetoric fuelling Indo-Pak hatred gradually loses importance. What remains are aspects of culture like language, music, cuisine, and even sports. In the United States, where Indians and Pakistanis find themselves few in number, I often see cooperation and solidarity between the two groups. Whether it’s arranging a concert of classical South Asian music or setting up cricket clubs, people of desi origin in America successfully come together. Desis in the United States even naturally cluster in the same geographical neighbourhoods and support each other’s endeavours such as restaurants, grocery stores, businesses and so on.

In my own life, my Indian-American friends and I have shared great memories. We have helped each other move apartments, attended desi concerts together, and supported each other through thick and thin. When tensions escalate between India and Pakistan, it does not affect our friendship, not because we are indifferent – since we have so many relatives there and stay connected to the region – but because we don’t believe in giving into individual-level hatred because of political differences. Usually we are on the same page with respect to disliking conflict and preferring peace, but when we do disagree, we debate with civility, just as we would debate American politics. Otherwise, we focus on our many common interests and hobbies that stem from our shared heritage.

A friend of Indian origin once told me,

“India and Pakistan may have separated, but that doesn’t mean that people from both sides of the border shouldn’t be close socially and culturally. I love listening to Coke Studio and going to Pakistani restaurants.”

I was incredibly touched by the sentiment. I named all the Indian music and movies I enjoyed, and told him about my desire to visit India to see all of its rich historical sites. Later, he mentioned how he wanted to see Lahore, so I told him I’d love to show him around – or otherwise we could at least end up meeting on opposite sides of the Wagah border.

To me, the fact that Pakistanis and Indians are so close to each other in the United States, United Kingdom, and elsewhere in the world suggests that it is largely petty politics and propaganda that hold them back in South Asia. There is so much that the two groups can accomplish by communicating with and learning from each other, as similar challenges exist in both societies. Even if the two countries’ governments have serious disputes and grievances against one another, person-to-person interaction and cooperation is mutually beneficial and should not be stifled.

Of course, many Pakistanis and Indians living in their mother countries want peace and friendship across the border, but the paranoia, distrust, irrational hatred, and conspiracy theories are certainly not negligible. Having watched mainstream television channels airing from both countries, it is disappointing how hatred and negative stereotypes are perpetuated, turning people against each other. Constant animosity between neighbouring countries is bound to be detrimental to both sides’ economies and societies, and in the modern world there are very few examples of developed nations that are hostile towards its neighbours.

Pakistanis and Indians must move beyond the toxic, conflict-promoting politics in both states, as those outside the subcontinent have largely done. It will be a challenge, but if citizens from both sides come together today, it will lay the groundwork for future peace and prosperity. Just like their pasts, the futures of India and Pakistan are tied together – whether they like it or not. Since neither country exists within a bubble, important issues like trade, climate change, and security will not be effectively dealt with without cooperation.

Citizens and non-governmental organisations should focus on building trust, promoting peace, and improving fact-based perceptions even if the Pakistani and Indian governments quarrel. In fact, building extra-governmental relationships and trust is a good way to set the stage for government policies to change down the line. In this spirit Indians and Pakistanis can each make progress, while reducing hate and getting to know each other.

The author is a graduate of the University of Chicago, where he studied economics and political science. He has written for The Diplomat, The National Interest, and The Express Tribune, among other publications.

From Delhi, with regret: How a postcard from India revived painful, unhealed memories of the Partition