Dear Diary, maybe someday I will look back and wonder – if only 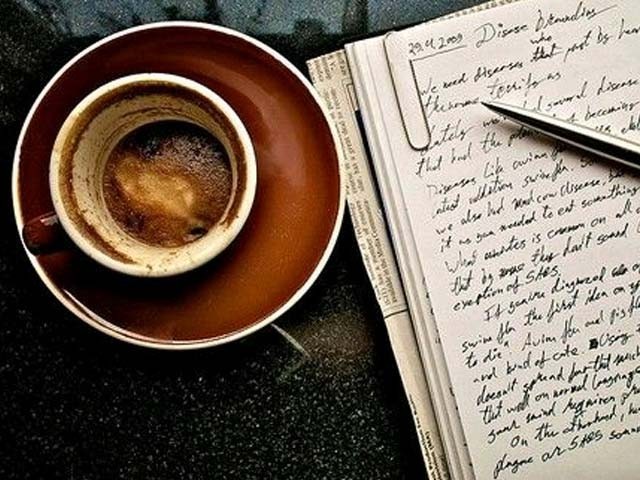 Dear Diary, today was not the best of days. PHOTO: PINTEREST

The old man sat down on his chair and flipped opened the diary he had found in the storage room. It was dusty. He focused his gaze on the first page and started to read.

I woke up at 6:30 this morning, as I had planned. It was a little early, but this way I could leave for school while Abu was asleep. My new cricket kit is beautiful, although I do think I might have paid too much for it. It’s also pretty hard to disguise it from Ami’s CCTV eyes when I am leaving for school.

I passed a number of billboards today, displaying cell phones and drinks (as usual), but there was this new one with all our Pakistani cricket stars on it. I don’t remember the product they were advertising, but it looked majestic. I wonder why the women’s cricket team doesn’t get to appear on these billboards. I will be up there one day. Karachi will see me up there every day.

I had a good cricket session with the coach and, like always, he provided me with the much needed motivation. Today he made me work on my bowling. It was tiring.

A girl in my class called me a ‘boy’ because I play cricket. They have even written it on my desk, “Naila is a boy.” None of the girls in my class play any sports except the occasional badminton. They are just book-worms who don’t know a thing about cricket – and badminton is so easy.

A woman entered the room and asked the elderly man sitting on the char if he wanted some tea. The man looked up and after a brief moment of silence and he replied,

“Tea would be good.”

The woman went back to the kitchen. The old man continued reading the diary.

Today was not the best of days. I had a little accident during the practice session and hurt myself. It was nothing serious, just a scratch, but what followed ruined my day. My biology teacher told me that I’m failing the subject because I’ve been missing too many classes.

Biology isn’t that difficult, but attendance is important, so she called Ami and complained. I ended up getting an extremely long lecture. Ami compared me to other girls, the bookworms in my class. For her they were career-oriented and hard-working girls who, unlike me, were doing something important with their lives.

Hopefully, tomorrow will be better.

I had a hectic day at school today. I decided to work with the coach after off-time. He told me I needed to work on my fielding. I missed the bus so I took a rickshaw instead. When I finally reached home, there were some guests with Abu in the lounge. Abu asked me to join them. I was exhausted. I listened to the triumphant stories of uncle Rasheed’s daughter, Rabia, who wanted to become a doctor. It was so annoying. Then, uncle asked me the long overdue question about my future goals and plans. I told him I wanted to captain the Pakistan women’s cricket team someday. Rabia laughed and uncle Rasheed smiled.

When the guests left, Abu started shouting at me. I was surprised. He said he didn’t like me pursuing sports.

“That’s not what girls do!” he shouted.

“You must focus on your studies instead of spending time with that pervert coach of yours and stop making a mockery of me in front of guests!”

I know he was under a lot of stress. Abu has been facing a lot of problems lately. He means well.

The coach refused to train me today. He said there had been complaints. I was confused. I came home early and as I entered the house, Abu furiously pulled my bag and emptied it. He took my helmet and gloves and threw them out. When I protested, he struck me. This was the first time I have seen him this enraged. My eyes filled with tears. I yelled angrily and said I wanted to be a cricketer. He hit me again, a little harder this time.

“You have been going out a lot and you are staying at school even after classes. You are embarrassing me. You are an insult!”

It was the stress talking. I’m sure he didn’t mean it.

I have decided that I’m going to stop playing cricket. I don’t want to cause any more problems for Abu. He’s already dealing with so much. He only means well for his family. I wish things were different, but this is how it is. Maybe someday I will look back and wonder – if only.

The woman returned with the cup of tea. She kept it in front of the old man on the table. He tried to conceal his tears while locking the diary in his cabinet. The woman was about to leave when the old man said,

“Naila, you’ve been working all day. Come, sit down with me.”

They both remained silent. The old man had a lot to say, but he couldn’t. So many years had passed and he knew no words could make up for what he had done. Suddenly, a seven-year-old girl entered and her jubilant voice filled the room. With a small plastic trophy in her hand she rushed towards the old man and said,

“Look! I won this at the sports gala.”

The old man took the shiny trophy and observed it for a while. He wasn’t able to hide his tears this time. He returned the trophy to the girl and said,

“You did a great job! You will become a talented athlete someday. Maybe a cricketer – just like your mother.”

Naila looked at her father and sensed that he was proud. She smiled, stood up and announced,

“Lunch will be ready soon,”

Before heading back to the kitchen.