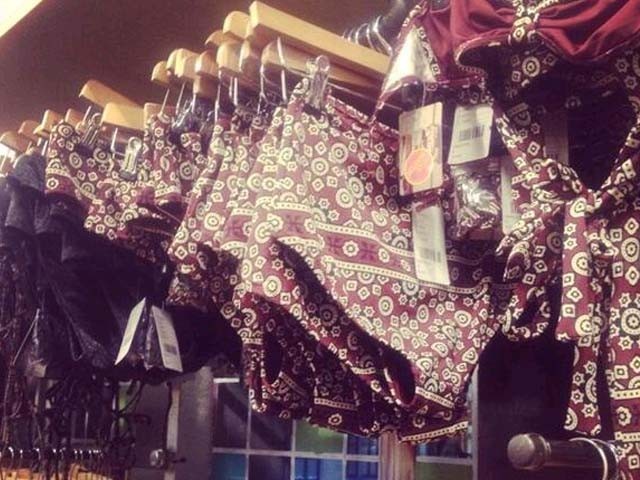 As someone who lived the majority of her life in a city packed with diverse cultures, I love and thoroughly enjoy indulging in food, jewellery, and clothing from various ethos and lifestyles. From Japanese sushi to Indian yoga to Moroccan mint tea to African jewellery — I live for them all! And quite often, too.

So, when I hear words like ‘cultural appropriation’ being thrown around, as soon as a (white) person indulges in food or clothing that would otherwise be considered sacred or unique to a specific culture, I often wonder what the reason behind all the animosity could be. What could this person be doing to drive this much antagonism towards him or herself? Is it not possible that they just find a particular culture fascinating? Suppose they find innocent comfort and joy in the clothes that a certain culture is famous for, and are genuinely interested in learning more about them and decide to popularise them among people from their own culture, only because that’s just how much it has intrigued them.

But, would it be okay for that person to wear the garments inherent of that culture and enjoy it thoroughly – enough to go as far as to make a business out of it?

While there is no definitive answer to this question, as it depends on the context and intent with which it occurs, I’ve come to realise that the term ‘cultural appropriation’ is a tricky one, perhaps even confusing, because more often than not it is used to (unfairly) target white folks for simply behaving, eating, dressing, or making something that they like/enjoy, and which they find comfortable.

Many a times when a white person sports a bindi or braids their hair in dreadlocks or even wears a kurta, they are suddenly slammed with the term ‘cultural appropriation’, because it is believed that white people are simply not allowed to wear, behave or do anything that will emulate a culture that has a long history of being marginalised, colonised, and oppressed. And many who find great offence in such behaviour usually go with this argument:

“White people took everything they wanted from us, so why aren’t they satisfied? Why are they still copying/stealing what is sacred to us — our culture– and claiming it as their own? Haven’t they done enough damage?”

Fair enough. I totally get it.

Nevertheless, there is a huge — and, I mean a very huge difference between westerners who wear a sari or a bindi just because they enjoy and appreciate it, and a westerner who deliberately steals the idea of a sari or a bindi, doesn’t give the culture it was copied from its due credit, and passes it off as their own. This is when it becomes a problem. This is what I would blatantly call cultural appropriation. Because it is. Plain and simple.

And, so, when I learnt about the recent outrage against both Forever 21 and Urban Outfitters for copying—or, more specifically, stealing—the cloth design of Sindh’s ajrak, going as far as referring to the design as ‘Moroccan print’, I, too, felt a pang of anger and frustration over the whole issue. Curious, I decided to see for myself what the clothes Urban Outfitters were trying to sell looked like —the clothes that mainly consisted of a dress and a bikini—and to my dismay, they were exact replicas of the Sindhi ajrak.

For those who are familiar with the ajrak, it is a cloth that is usually two to three metres in length, and consists mostly of geometric designs and patterns in a combination of crimson, indigo, black and white colours. The cloth, due to its aesthetic appeal, bears special significance to the Sindhi culture as it is used to make turbans, shawls and baby hammocks, as well as worn on occasions such as marriage, birth, and death. Additionally, the cloth also holds religious significance, as quite often the Holy Quran is wrapped in it, in order to honour it and keep it safe and clean.

@Forever21 do some research before stealing designs, it is shameful what you did it with #ajrak a traditional sindhi tradition.

It is one thing to admire a culture, and engage in its pleasures, without the need to exploit it. And it is another thing when white people steal ideas from eastern cultures just to make a little bit of extra money from it. And that is exactly what businesses like Forever 21, Urban Outfitters, Paul Smith, and so many others are set out to do; their aim is not only to steal ‘unique’ and ‘exotic never-seen-before’ designs from easterners, but to exploit them for their own personal gain.

This, of course, isn’t the first time that a western brand has copied an idea and tried to sell it off as theirs. Not too long ago, Paul Smith took the idea of the Peshawari chappal and claimed that it was their own unique design, going as far as selling the shoes for a ridiculous high amount—when, in Peshawar, the same shoes would be sold at a very affordable price.

Again, to make it clear, I have no problem with white people enjoying and indulging in food, activities, and various articles of clothing from eastern cultures; as a matter of fact, I support and encourage it because nothing is better than a meaningful cultural exchange. I mean, let’s admit it, what could be better than sharing recipes, clothes (for special occasions), activities, etc. between different cultures? I certainly love it! And best of all, it can lead to intriguing, intellectually-stimulating discussions and a greater mutual understanding.

However, when a specific culture is appropriated for corporate and materialistic purposes (without giving credit where it is due), it ridicules, mocks and belittles that particular culture, and that is where I have very little to no tolerance at all. It’s being insulted and demeaned—something that could definitely be classified as racism. A perfect example of this was when Walmart sold a costume depicting an ‘Old Pashtun papa.’

There is a certain element of privilege—and a very harmful one—when it comes to cultural appropriation; it is the notion that an idea can be stolen, rehashed and passed off as someone else’s, without a care in the world. What’s even more problematic is that people can and will do it, and then get away with it – time and time again. These western companies have the power, and, yes, great privilege, to choose to their own liking what aspect of an eastern culture they find visually appealing. It can be shoes, cloth, or a specific design—it doesn’t matter, as long as it is seen as ‘unique’ and has a major selling factor. The problem is that these western companies completely disregard the impact that their copying and stealing could have on the eastern culture, which in this case is Sindhi, and their community, as a whole.

So, my message to western companies who have a knack for stealing sacred designs for shoes and clothing is this: don’t do it. Just don’t. Because we will write about it, and expose you for the plagiarisers that you are. We will also create an uproar (I’m looking at you, Paul Smith), so that it will force you to apologise and finally bestow credit for the clothes or shoes you’ve passed off as your own. So, save yourself the trouble and stop stealing. And, even if you must copy, at the very least give the other culture credit where it’s due. It will certainly save you all a lot of trouble, and a whole lot of embarrassment.