We’re celebrating Pakistan’s Independence Day, but are we really independent? 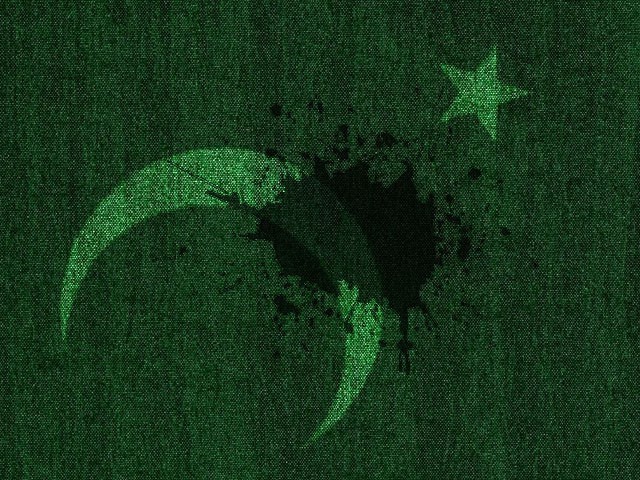 Our failing to protect our minorities and other vulnerable members of our society, has turned our green of peace into a darker, bloodier, and muddier colour too far removed on the colour wheel from the essence of Islam.

On August 11, 1947, a newly-formed Pakistan held its first parliamentary session. The purpose was to draft a constitution. During this session, Pakistan’s founding father Quaid-e-Azam Muhammad Ali Jinnah famously reaffirmed the pluralistic values the new nation had been founding declaring:

This year will mark the nation’s 69th year of independence. Even though we are only a mere seven decades removed from Jinnah’s pluralistic promise, today’s Pakistan is less like Jinnah’s Pakistan and more akin to a dystopian novel in which the nation’s people make a collective wrong turn winding up in a terrifying, alternate dimension.

And then chaos ensues.

Nearly 69 years in and Pakistan no longer bleeds green. Now she bleeds red. And she bleeds a lot.

Nearly 69 years in the currency that weighs heavy in the pockets of the corrupt, ruling elite is no longer green. Dishonesty and greed has turned the greenest of our bills into black money.

Green, the shade of our flag, symbolic of cleanliness and purity, is no longer our national colour. Our reckless disregard for the environment has turned our streets dirt brown and tainted our drinking water a colourful, toxic medley of contaminated filth.

The state’s religion Islam – the green deen ­– is no longer a recognisable shade of green. Our failing to protect our minorities and other vulnerable members of our society, has turned our green of peace into a darker, bloodier, and muddier colour too far removed on the colour wheel from the essence of Islam.

Can we truly then celebrate today as an independent nation?

On paper, yes. Or so our constitution says. But the lived lives of the people of Pakistan tell a different story. A story that reads like a grocery list of defunct isms. A story featuring characters named nepotism, feudalism, fanaticism, Islamism, extremism, classism, ethnocentrism, sexism with a going-nowhere plot about a fledgling nation’s fast-paced journey towards apocalyptism.

Independence as an adjective has several definitions. It is the condition of not being influenced or controlled by others in matter of opinion and conduct. It is to be autonomous and not subject to another’s authority or jurisdiction. It is not having to rely on others for aid or support. It is to possess competency.

Nearly 69 years on Sunday and we continue to miss the mark on every sub-definition of independence:

First off, we cannot truly believe we are independent and free from the influence and control of others. Our religious clerics whose every word and instruction weighs heavy on our hearts and minds distort and manipulate our emotions and opinions through a multitude of mediums. A rogue televangelist tells us to kill in the name of religion and we are quick to respond – not with a why but instead, how? Like a flock of sheep, we are led blindly by religious zealots and elected leaders who stuff us with hateful vitriol daily. This keeps us mute and sedated, with our moral and social growth suppressed, and our hearts and minds tainted with the patina of bitterness towards all things different be it religion, caste, gender or socioeconomic status.

Secondly, we cannot truly believe we possess autonomy when our physical jurisdiction is consistently compromised. The basic first principle of international law which calls for each state to be its own sovereign in-charge is a legal tenet that always eludes and excludes us. Today, Pakistan’s jurisdiction is routinely violated by other countries with self-serving agendas and armed extremists.

We retreat further and further from being an autonomous state as we continue to flail in global debt. When it comes to the global allies we like to keep, we seem to always be stuck between a rock and a hard place with certain global superpowers acting as the proverbial rock and certain neighbouring Islamic countries the wall to our proverbial hard place.

Lastly, we must accept we repeatedly fail in the basics of human competency and sometimes even basic human decency. Honour killings, domestic violence, acid attacks, child molestation and forced prostitution are just a few of the symptoms of the quiet, lethal disease causing our spiritual and physical decay.

This is why, despite our having reached our 69th year of freedom, we continue to cling to the most arcane and profane practices in a state of almost-stupid dependence. Being a prepubescent school-going girl means you could have your brains blown out by grown men whose biggest fear is apparently the idea of a little girl with a blog and some thoughts. Being Christian means your neighbours can avenge their petty neighbourhood disputes by invoking the almighty blasphemy laws against you for which, if found guilty, your penalty is to become part of world’s second largest death row population.

Being a low-level Internet troll or sending out a mass marketing text could, as of this week, mean a hefty fine and jail sentence for you. And going forth boldly as a modern-day, independent woman with a chosen confidence in your lifestyle and a comfort with your sexuality and a willingness to share it over the free web could mean you’re murdered at the hands of your own flesh and blood.

“Every country has the government it deserves”

“In a democracy people get the leaders they deserve.”

Known today as the democracy-at-work thesis Maistre’s essay is premised on the belief that the people possess the power to change things.

What does this mean for a Pakistan whose people have grown too cosy with living in an acrimonious and polarised state of dependence? What, besides ourselves, holds us back from doing thing(s) that can make a difference?

I refuse to resign us all away as apathetic, dumb and self-absorbed. Yes, we share quite a few unfortunate characteristics as a society and yes, the problems we face are an uphill battle of enormous difficulty.

But we have to cut the crap and grow up socially and politically.

We have to start by becoming disenthralled and unwilling to follow the lead of folks we are used to taking political and religious cues from. We need to resist dogma and declare ourselves ready for a different world in which we are against the awful things done in the name of honour and religion. We need to work towards acceptance across creed, class, faith and colour. We need to embrace education so that we can end our collective abuse, corruption, subjugation and indignation.

The key to the secret of democracy is an involved citizen. And so, if we commit to mobilise, we must act. And we must act now. Visibly and publicly.

Because – and I paraphrase American civil rights leader Bayard Rustin – if it is a society of peace we desire, we cannot achieve it through violence. And if it is an indiscriminate society we desire then we cannot discriminate against anyone in the progress of building this society. And if it is a democratic society we wish to maintain, then it is itself democracy which must become both our means as well as our end.