Guys, we can no longer have an opinion on chicken handi 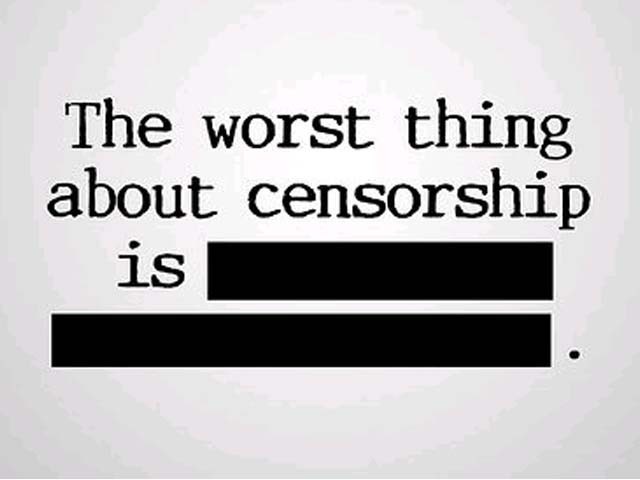 No longer can liberal people spout such anti-nationalistic rhetoric as the truth. PHOTO: TWITTER

The time for conservative propaganda is over kyunkay naya zamana aya aur saath cybercrime bill laya (a new era has arrived, and it has brought the cybercrime bill with it). The government in Pakistan wasn’t content with suffocating all the breathing space in real life so they moved to cyber space.

No longer can liberal people spout such anti-nationalistic rhetoric as the truth.

No longer can people express themselves freely.

No longer can a person have an opinion about a chicken handi.

The tyranny of food forums on social media are at an end – thanks to the Prevention of Electronic Crimes Act (PECA). If people want good food and customer service, they should just move abroad. In Pakistan, we like our food like we like our streets; dirty, bumpy on the way down and full of rat faeces.

Restaurants will soon be employing Café Flo style tactics to keep out all bad reviewers. But if those tactics fail, fear not, the PECA is here to protect them from criticism. Any self-respecting Pakistani can never stand by as the honour of one of Pakistan’s restaurants is tarnished. If the restaurant was at fault, or a KFC at Nipa Chowrangi, people are free to burn it down but they can never say the achari handi was less than perfect online.

Fire and matches may burn my Kentucky Fried Chicken, but words hurt the most.

How can a nation feel better about itself without instructing its people online to kill themselves? Much like Qandeel Baloch died for our sins. The only joy in my otherwise miserable life was to sit behind a computer screen and tell a young girl (forced into marriage, abused, and left to fend for her) to go kill herself for posting videos online. There is so little joy with Qandeel gone. Thankfully, Mohammad Hafeez is back so I can feel better by telling him to do the same these days.

The PECA could not help Qandeel but it can help protect the honour of chicken achari handi. All men in Pakistan can sleep peacefully knowing that their chickens will firmly be in the chaar deewari (four walls) of the handi without any other man tarnishing its honour online.

Orya Maqbool Jaan is free to glorify murderers and claim all women love sado-masochism on national television but he could be arrested if he doesn’t like chicken achari handi. Rest assured, the government of Pakistan has its priorities right.

It doesn’t bother me when women get raped in Pakistan but it bothers me when Indians comment on a Pakistani girl’s rape story on the Express Tribune page. Like the government of Pakistan, I have my priorities right. Like Aamir Liaquat I will make a video holding the Pakistan flag but defame Pakistanis worldwide by continuing to be Aamir Liaquat.

Minorities in Pakistan do not have to worry about being persecuted anymore. The government will protect its citizens and prevent all kinds of terrorism. As soon as it is done arresting people for comparing Nawaz Sharif to Shrek on the internet. Clearly, buses are not the only thing Nawaz Sharif is importing from Turkey.

Nobody ever complained when Mountbatten travelled first class but Rehman Malik boards the plane after all the common people have boarded and suddenly it becomes an internet sensation? Good that the perpetrator of this malicious video was charged under the Maintenance of Public Order act and lost his job. Now with the PECA, no common person will ever dare to make a video of a politician being a politician.

If a politician wanted to follow the rules like a citizen, he would have chosen to be a person rather than a politician.

If a person wants to make a video of a politician or a police officer or a rich person doing a crime, the video maker should ask that person first. Courtesy never killed anyone, a simple ‘hey, can I just make a video of you while you take a bribe from me?’ could prevent you from going to jail for making an illegal video.

Citizen journalism is for channels like CNN, in Pakistan we suffer and internalise hate. If you still feel angry, fortunately, there are a lot of marginalised groups we can oppress to make ourselves feel better.

Anybody who has ever heard a whistle knows the horrible shrieking sound it makes. I fully support the government’s decision to arrest all whistle blowers. Life was so much better when there was one state-run TV show and nobody found out when mass massacres occurred. I was happy believing Bangladesh-Pakistan had a happy break up till all these news channels destroyed my memories with factual reporting.

All that these Pakistani journalists are concerned about are reporting stories without realising these stories paint Pakistan in a negative light. No, it is not the perpetrators of the crime that tarnish Pakistan’s name, it’s the stories themselves. What are a few mass murders between friends?

There is a reason that a part of the Islamabad 111 brigade’s training is learning how to climb the walls of the PTV office.

However, anyone who sends me an Eid message with two million flowers spelling out “Eid Mubarak” does definitely deserve to go to jail.

Wait – I will be right back. There seems to be a knock at the door…

Wait… is that the police?

Um, what? Why are you arresting me…

Just as the cybercrime bill was passed, the author was immediately arrested for writing this blog. Irony has been deemed illegal all across Pakistan.