Corruption is now accepted as a fact of life in Pakistan 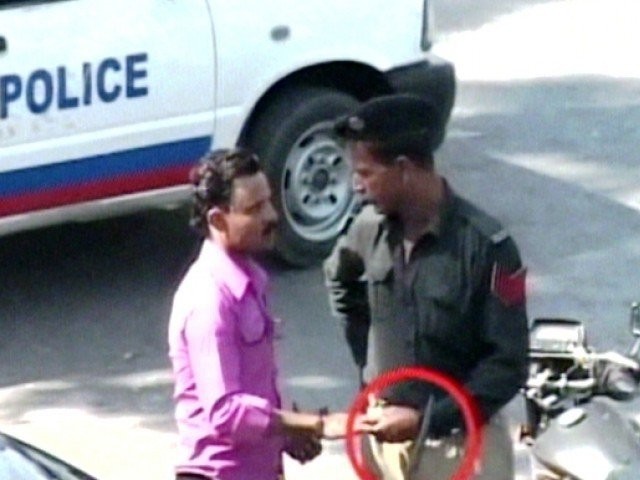 Perhaps the greatest danger to Pakistan is corruption. We can stand up to any hostile army trying to invade our sacred land, but corruption is eating away at our foundation, like termites which ultimately cause houses to collapse.

Owing to corruption, the government is not able to collect enough revenue, making it necessary to borrow from the IMF, which ultimately makes the country poorer and adversely affects our ability to defend the nation from terrorists and hostile enemies.

Corruption has enabled Pakistanis to invest Rs85 billion during the past six months and Rs512 billion in the past two and a half years in the Dubai property market. The bulk of this money has been earned illegally by corrupt officials, businessmen, politicians and similar black sheep in the country.

Owing to corruption, low-paid government servants like income tax inspectors, customs appraisers, police inspectors and others are able to buy houses in posh areas and maintain lavish lifestyles, spending much more than their salaries.

There was a time when men were respected for their wisdom (acquired through years of sweat and toil), even if they were poor. Today, the poor man is treated with contempt because he is honest and does not take bribes, even if he is in a position to do so. We think such people are fools. Now, only those who have accumulated enormous wealth are respected, even if they are highly illiterate, because they can buy those in positions of power and can get anything done.

In the good old days, houses and buildings were built according to approved standards. Construction was done strictly according to specifications; there was no question of building 15 floors when only five storeys were allowed. Such honest builders did not last long, they have been replaced by unscrupulous people who don’t think it is wrong to violate building rules and indulge in construction which is not in accordance with approved plans.

How are they able to do it? They bribe the officials who are paid to ensure that building rules are followed and peoples’ lives are not endangered. Both unscrupulous builders and officials become wealthy as a result.

As they say in Urdu,

(In the national bathroom, everyone is naked.)

Will we ever see a corruption-free Pakistan?

I doubt it, because the state itself encourages corruption.

1. The Benami Transaction (Protection) Act has been pending for years, although India passed the law about 30 years ago. When corrupt persons do not have any “white” money (income on which tax has been paid), they buy properties in the name of their friends or even their servants with their “black” money so that the anti-corruption department cannot take any action against them (there are hundreds, if not thousands, of such properties in the country). Just last week, the National Assembly Committee on Finance deferred consideration of the bill because the Finance Minister and the Chairman FBR did not turn up to attend the meeting. This law would allow the government to confiscate all such illegally acquired “benami” properties. Needless to say, the sooner this law is passed, the better it is for the country, but apparently our government functionaries think otherwise.

3. Recently the government succumbed to the demands of property sector fraudsters and fixed property values far below their actual worth. In most cases the fixed value is only 15% of the actual value. This means that the government gets only six or seven rupees in tax instead of a 100 rupees.

4. One way of ‘whitening’ black money is for the corrupt person to send it abroad through the “hawala” route, and getting it remitted back into his local bank account. To prevent this, the government should not allow more than $3000 to be remitted into an account every month. But will it do that? No, because some state functionaries are dishonest themselves.

Corruption is now accepted as a fact of life. And Pakistan will never be free of corruption, because the Pakistani state is itself the biggest facilitator of corruption.