A strange fate has befallen us 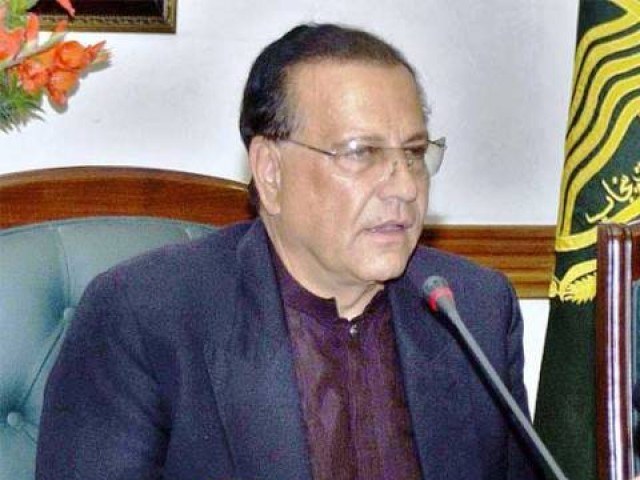 God alone knows why killing and bloodletting is such a favoured pursuit with us.

Don’t ask me how hard writing has become nowadays as one calamity or the other hits us on a daily basis. Every day there is some accident, every day some tragedy.

There was many a calamity one lived through, said Meer, but then one fell in love and discovered that nothing had prepared one for it.

The tragedy that visited us Tuesday has stunned not just me but a whole people. The whole country, one might say, has been shaken. Salmaan Taseer has left the world in so unusual a manner. Is this, I ask you, the way to go? I am unable to write the column I had meant to write. The mind wanders in other directions.

To our poets and their portrayal of all kinds of misfortunes that befall a man. At times like these all these verses and the images of suffering in their background assail one’s mind. Who knows what calamities hit people in Meer’s days? Who knows what he went through recording those in his eternal verses? When had one really been mindful of what our history was leading to? When had one really understood what the cities were like and how the citizens suffered? Only now, and only through our own experience, have I come to fully appreciate what Meer must have been going through when he wrote: the calamities one had only heard about, in this age one has come to see.

And as Meer mentions calamities I am reminded of the unfortunate Persian poet called Anwari. One of his verses has become a refrain with us these days being so apt a description of contemporary Pakistan. Anwari was a poet of great renown and well versed in how to read the stars. But his own star always seemed retrograde. Everyday he seemed to face a new problem. He complained therefore that every misfortune that descends from the heavens asks immediately for directions to his home.

And now I am reminded of a story written in good old times by Qurratul Ain Haider. Truth be told, times were not all that great even then. Strange things were happening all over the Islamic world. And it was these that provoked her. It was called: ‘There’s uproar in prison. Lo, here comes Hind’.

You may point out that rather than a story it sounds like an elegy. You’d be right. For in fact it does amount to an elegy. The elegy by Meerza Dabeer tells the story of the unfortunate family that has lost all its adult male members in Karbala. What is left is a few widows, some orphaned girls and a sick man. The caravan has been brought to Damascus where the family is now imprisoned. Qurratul Ain has borrowed from Anees and Dabeer’s portrayal of the travails of these women and children and gone on to tell the stories of massacres, exiles and imprisonments of our own times so that the stories merge. You feel the atmosphere and you realise that in the Islamic world the times have not changed; that their killing fields and their prisons still resemble Karbala andDamascus.

One sees blindfolded young men on whose foreheads is written ‘condemned to die’. One sees a team of musketeers whose guns are trained at the youths. Condemned. Condemned. It is as if every forehead carries the inscription, irrespective of whether or not the eyes are blindfolded. And they all await their turn. The ‘condemned’ are all meeting their death; leaving behind widows and helpless orphans to drift in random directions. A nine-year-old is crying that she is too young and her hands too frail to carry and take care of her siblings.

When Allama Iqbal lamented that the blood of the Muslims had become as cheap as water his eyes were on colonised Muslims facing the Western imperialists and getting martyred at their hands. Today the oppressed and suppressed Muslims do not need the non-Muslims to martyr them. They can attain the high honour at the blessed hands of fellow Muslims.

God alone knows why killing and bloodletting is such a favoured pursuit with us. God alone knows why we must blame it on Islam and not just call it our favourite pursuit. The word ‘condemned’ may have a great appeal for certain minds and mindsets but why must it be linked to Islam?