Is IG Sindh trying to promote gun culture by rewarding a man for killing a criminal? 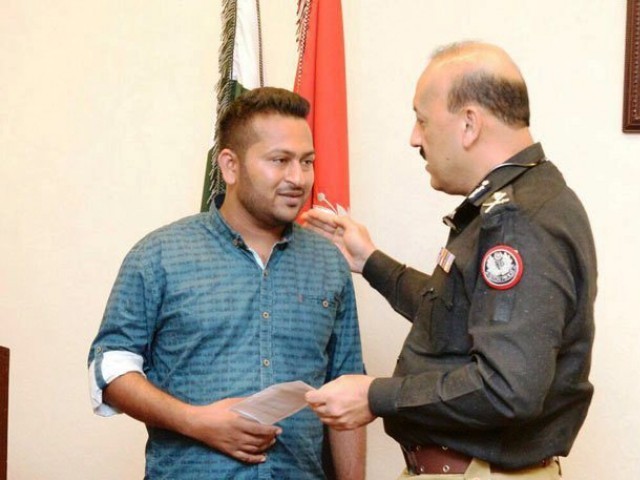 Some days ago, Sindh Inspector General (IG) AD Khawaja lauded and rewarded a Karachi resident for killing a robber. This seemed like an old West Hollywood movie where bounty hunters get rewarded for killing criminals. He further stated that citizens should possess weapons to defend themselves.

I wonder if this statement depicts how weak our judiciary is or how helpless those whose job is to defend us are. Moreover, this statement comes at a time following a recent incident that shook people with horror – Karachi residents beat a street robber until he was unconscious and then dumped him in a sewerage hole to die.

Is this not enough of an indication on how paranoid our people are when it comes to law enforcement and the justice system? They are forced to take the law into their own hands and these incidents are society’s way of venting out their frustration.

Karachi, being the epicentre of economic growth, has also been the same for crime and terrorism. The crimes committed in Karachi are as diverse as its people. After a quiet phase, there has been a sudden rise in target killings and street crime yet again. This overshadows the claims law enforcement agencies have been making, while shouting for major reforms to the judiciary and law makers.

The Rangers operation, which has been on-going for a few years now, has claimed to achieve feats. Though is that really the case, considering that two army personnel were murdered in broad day light and, that too, in one of the busiest areas of Saddar, Karachi. The magnitude of crime may have lessened slightly in number, but the freedom with which these criminals operate has not. Some even claim it to have evident political motives to settle political rivalries, mentioned in Amensty International’s Report too. Such things make citizens lose all form of trust in such efforts/initiatives.

The police have issues of their own; from out-dated investigation methods to overflowing corruption, and performance that diminishes with age. Being victims of the on-going blood bath themselves, they still lack the training to counter well trained criminals and terrorists. Being a Pakistani, we must ask why so much hype is warranted by a JIT report when the document holds no legal value in court?

The Parliament, that comes together consecutively to pass bills like cyber-crime, should also work on making laws that ensure that those responsible get punished accordingly, and do not get away through the gaping loop holes present in our system. If a strong investigation takes place that is backed by a law that enables them to deliver justice, I believe the citizens will not need to carry guns.

People in Karachi are cleaning streets, which is the metropolitan authority’s job. Now the police want the people to defend themselves too? If everything has to be done by the people, why do we pay millions in taxes to public servants?

The United States, which has a much advanced legal system and police network, is struggling with the promotion of gun culture and thinking of introducing laws that can control it. In Pakistan, where making way through justice and law with money and power goes unhindered, such an idea will be devastating.

In the modern age there are more progressive ways to counter this problem than promoting gun culture. Terms like community policing and neighbourhood watch are well known methods for a community’s contribution in stopping crime. People should be encouraged to come together and help those whose job it is to carry a gun and protect people, rather than taking it into their hands. This red flag on the judicial system needs to be addressed and investigation methods need to be modified, so that the guilty can be punished. Much is expected from law makers sitting in the Parliament.

Hope is bleak as many cannot even spell the word ‘justice’. We as people must not equip our youth with guns but, rather, with knowledge to protect themselves. Only then can they create a better Pakistan, not one where power dictates law.

The author is a Melbourne based Pakistani Social Activist. He is working towards the welfare and support of oppressed. He tweets @ArsalanAbidi twitter.com/arsalanabidi