If Hindi is a threat to our national and regional languages, what about English? 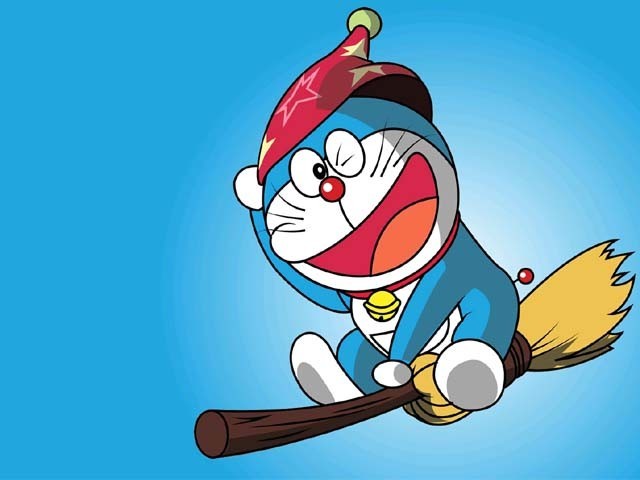 Doraemon is certainly not worth watching for the values it imparts – but to rest the fall of our language on it is unfair and unrealistic. PHOTO: SCREENSHOT

Doraemon (a Japanese manga anime dubbed in Hindi) is blamed for the corruption of our children’s own language as we continue to speak a mish-mash of Urdu, English and our respective regional languages. Doraemon has risen as the latest target of criticism. This is the time to honour our culture and language and the well-being of our children. It is heart-warming to see that big-shots in the parliament are concerned about the impact of our TV screens on the youngest of their constituents. However, one of their reasons, along with the ensuing public debates, has revealed the entrenched hypocrisy in us.

The hypocrisy lies in our belief that Hindi would/will corrupt our children, yet constantly mixing English with Urdu. It lies in objectifying Hindi as threatening to our language but stereotyping Urdu; for example those who are well-spoken in Urdu must not be fluent in English, similarly, they may be old-fashioned. All stereotypes.

The Zee TV generation (myself included) and their parents know that the arrival of cheap cable showered us with a variety of content on television. This included opportunities to learn English through Western shows as well as pick up Hindi words from Star Plus. Soon, Urdu was on the backburner as Ainaq Wala Jinn fizzled in thin air and children replaced Urdu words with Hindi in their daily speak.

The honest answer is that even without Star Plus, Zee TV and now Doraemon, we have pitted Urdu and our regional languages against foreign languages.

Parents complain that children are learning Hindi words from Doraemon. But the cartoon is not the only one to corrupt our language. Even 10 years ago, a student in my Urdu class was shocked to learn that ‘sehmat’ is a Hindi word for ‘ittefaaq’ in Urdu. Now over the same 10 years, parents have started using a combination of English and Urdu with their children in the hopes of developing bilingual skills to ensure academic strength.

These are only a few of the dozens of corruptions we make in our language as English words have crept in our daily speak. Even though each of the English words used above have Urdu counterparts, we still include them. The idea here is not to undermine the importance of English or any other language, but to speak one language at a time if it is a so-called ‘corruption’ we fear.

I remember that my parents never feared my potential incompetence in the English language (which is already so actively taught in our schools now) but rather stressed upon me speaking pure and proper Urdu or English – one at a time. It did not make me any weaker in English; rather it gave me strength and confidence to excel in both languages at school and otherwise.

An example of strong bilingual skills, yet preserving in each, is found in the United States where learning Spanish is compulsory for many children. Yet, we don’t hear them say,

The second hurdle we face in this linguistic crisis is the typifying of those who prefer Urdu or a regional language over English. We demean Urdu and regional languages as much as we demean Hindi, leaving us in this hypocritical state, so-much-so that excelling in them becomes a reason for judgmental reactions and stereotypes. I, too, have been a target of this criticism, especially for my decision to pursue Urdu at a higher level (even after ‘O’ levels) instead of foreign languages.

Why does being good at Urdu reflect weakness? Why does excelling in English showcase strength?

It is this inferiority complex and consciousness of our own language that allows even animated characters like Doraemon and Nobita and Indian vamps on TV to take over our children’s tongue.

Doraemon is certainly not worth watching for the values it imparts – but to rest the fall of our language on it is unfair and unrealistic. It is our own failure to decide what our children should learn to speak first. And, by not confidently speaking our own language with them throughout, we have allowed this corruption.

Be it Urdu, Sindhi, Punjabi, Pashto or any other language we speak, we must speak it in its pure form and then expect our children to learn it. The same goes for English or any other foreign language.

The author is an International Baccalaureate graduate, studying Policy, Politics and Law at American University, Washington, D.C. She tweets as tweets @mahamkhanum (twitter.com/mahamkhanum)

We don’t know the Qaumi Tarana any better than Shafqat Amanat Ali!

Cheeekh-Speak Up: Plagiarism in the name of 'freedom of expression'

Admission packages and taking students for an expensive ride

My encounter with guns as an 11-year-old