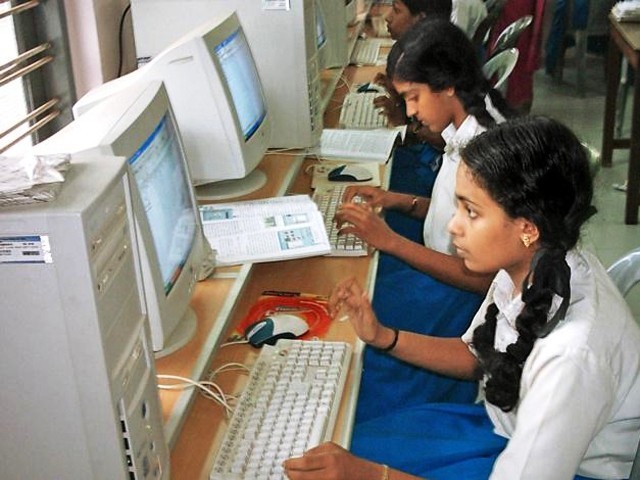 A great example of ICTs is the state of Kerala and its [email protected] program.

Learning requires open minds and a willingness to adopt good things from anyone across the globe. We, as a nation, are inherently intolerant towards our ‘conceived enemies’ like India, thereby restricting the already limited avenues of learning.

Both countries started off the same year. Yes, our history books tell us that we were deprived of major industrial setups and similar resources but still, our populations are comparable! The Indian rupee is moving fast towards a ratio of 1:2 with the Pakistani rupee and their GDP is around 7.5 times that of Pakistan. Statistics are overwhelming but the purpose of this post is not to compare economies but rather to present some real examples which can lead to achieving such a sizable economy like India has.

Everyone has heard about the great Information Technology (IT) boom in India and how international services has been outsourced to it. For those who still don’t know, if you experience a problem in your laptop, your troubleshoot call lands in India where a techie guides you through all the steps till your problem is resolved. The customer might be anywhere in the world yet it’s highly probable that the customer support he is getting is from India.

One of the most painful things for me is the amount of resources we waste. Recycling is hitherto unknown in Pakistan (though paper, plastic, metal etcetera do get recycled to save raw material this is to save costs and not out of environmental concerns) while our neighbor India  has a booming recycling industry. They recycle almost everything – even electronic waste and water. While India still has a long way to go in this domain, Pakistan is a decade behind in comparison.

An interesting story worth sharing here, is of a couple, Shalabh and Anita Ahuja, who set out on a mission to support the rag-pickers of Delhi and ended up with developing hand bags which eventually went on sale in London’s fashionable boutiques. The company, Conserve,  has now established a good market and even made use of the 2010 Commonwealth Games to recycle all of its waste to useful products. India now has even setup programs in schools and universities for environmental awareness. We need to make a move in this direction too.

Hole in the Wall is one of the classic experiments cited at TED of using technology to bridge the digital divide and making poor kids computer literate. It’s a simple installation of computers near slums and villages to educate children. Why don’t rich people in Pakistan think of this? Why is it India only? India’s fame Tata group has set an example by not being just a group of companies minting money but also contributing back to the society by promoting use of technology for innovation in problem solving. There is a long list of initiatives, Corporate Social Responsibility (CSR) projects and community initiatives. I’ll pick one example to share. The Computer Based Functional Literacy project (CBFL). Tata sponsored CBFL which uses softwares to teach the illiterate ‘functional reading and writing’ making use of ‘the theories of cognition, language and communication.’

We don’t want to learn from India even if we can benefit from it. Meanwhile, Africa has imported CBFL while we are busy fighting for the sake of our egos and nothing else.

The state of affairs at home

I ransacked websites of all major groups and companies in Pakistan and even the telecom companies with catchy programs for ‘changing the fate of Pakistan’ seem to, somehow, miss the importance of Information Communication Technologies (ICTs) in education. My critics would argue that when we don’t even have schools how can we think of implementing ICTs? India has found a way for that too – use of satellites for connecting villages without teachers to schools. All that’s required is a satellite receiver, TV and an operator! More elegant solutions can be seen here.

Is such technology really so difficult to implement that our engineers can’t figure it out? And is it really that hard to find ICT companies in our country to sponsor such efforts (apart from their advertising)? The reason such systems are working out in India is that the state itself is interested in it. A great example is state of Kerala and its [email protected] program.

The objective of writing this was to present some examples which can be implemented in Pakistan with equal success possibilities. I encourage university students to use their skills in ICTs to reform our education system. Of course, this is not possible without the active involvement of sponsors and sincere efforts beyond the bookish CSR reports of companies and investors.

Let’s start the year 2011 with making this pledge.