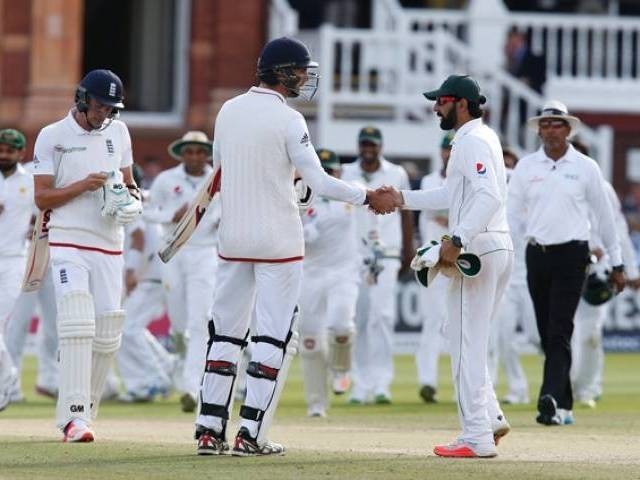 The 26-year-old believes England will need to stand up to the Pakistan and set the record straight in the second Test. PHOTO: AFP

Nine days after Pakistan defied the odds by beating England at the home of cricket, the green shirts suffered an ignominious defeat at the hands of the English at Old Trafford. The culprit was not their inept batting or naïve bowling, but a felon who has always managed to escape the cricketing brains at the helm of the Pakistan Cricket Board (PCB) – consistency.

In recent history, Pakistan has had a niggling knack of boasting in their temporary glory – not realising that the job at hand is yet to be completed. Whether it be Delhi in 1999, when they let Anil Kumble run through the Pakistani batting line like a possessed man (after beating them in Chennai earlier) or be it Lord’s in 2010, after Pakistan had conjured a famous win at The Oval where they let the English embarrass us with a shambolic performance usurped by the spot-fixing saga – Pakistan cricket always manages to get in and over their head without realising that the battle has just begun.

The same story promptly repeated itself in chronological order at Lord’s and Old Trafford. The hype and euphoria of bamboozling the English in their own backyard made us believe we are invincible and we let our guard down, eventually succumbing to our fourth heaviest defeat in Test history in terms of runs.

Pakistani cricket has always has been running on the same fundamental axiom,

This was promptly followed at Old Trafford where Pakistan went in with an unchanged eleven from the one at Lord’s – not realising that the English team would have done their homework in how to deal with the guile and mystique of one Yasir Shah and the swing of Mohammad Amir. They didn’t think twice about bringing in a fifth recognised bowling option, rather opting to rest faith in their four primetime bowlers – and how that decision transpired, we all know too well.

On the contrary, the English team, who should be given full marks for the manner in which it bounced back, seemingly studied Shah at depth, recognising his repertoire and how to counter it. They continue to dominate Mohammad Amir psychologically and maintain a stranglehold on the Pakistani batting line-up at the moment. Pakistan have even handed them an extra world-class bowler by repeatedly falling prey to one Chris Woakes – who seems to be a juggernaut the Pakistani team has no idea how to play against. 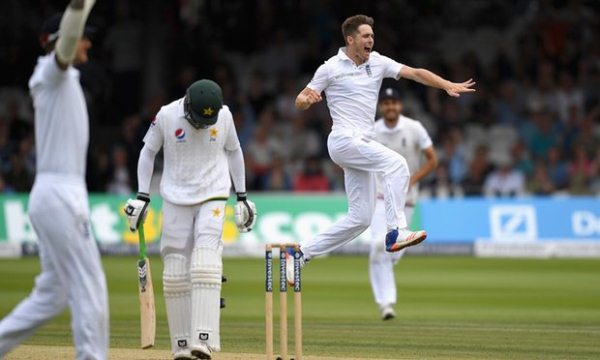 Our old rear-guard and stalwart Younis Khan has had a forgetful tour thus far since he has not been able to live up to the name of being ‘the highest run scorer in Pakistani Test history.’ Azhar Ali, the ODI captain, has also failed to find the sweet spot from his willow and thus Pakistan have been brutally exposed in their batting department.

Pakistan have not given Moeen Ali, the lone English spinner, the respect which he deserves with experienced heads like our captain Misbahul Haq and veteran Younis Khan, who decided to loft Ali out off the ball park – eventually falling prey to him.

So what can we expect the Pakistani team to conjure up at Edgbaston – a dreadful repeat of the chaotic performance of Old Trafford or a reconnaissance that will leave the entire cricketing world perplexed and bemused once again?

For starters there will be a change expected in the started eleven as more help will be sought for the bowling department. Sohail Khan, with his pace and swing does have a history of bowling well in swinging conditions, while Zulfiqar Babar can promptly be called upon if required to assist Shah, who was literally taken to the cleaners by the English batsmen at Old Trafford.

Secondly, despite his pugnacious 39 in the first innings, Shan Masood once again failed to deliver and the time to replace him has come in the starting eleven with Sami Aslam, a man who has earned his trait to be a member of the Pakistani eleven.

Lastly, the body language and spirit of the team was nowhere to be seen in the field after England continued to pile on the runs in Manchester. It seemed as if Pakistan had already accepted defeat – these sorts of situations need to be avoided as Pakistan need to be upbeat and should always enter every session with a warrior mentality.

Can we expect Pakistan to turn up the ante in Birmingham or will we continue to see the English mesmerise us with their skilful batting and bowling?

Only time can tell. One thing is for certain – you can expect a cracking five days’ play between bat and ball.