Dear Ishaq Dar, your statement is beyond the comprehension of this nation 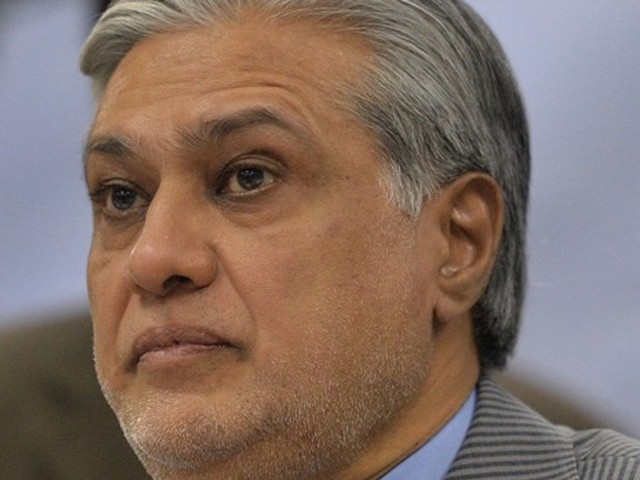 The political stunts of Mr Ishaq Dar, Federal Minster for Finance, can be attributed primarily towards the unrest in the country and average conclusion that the debt from International Monetary Fund (IMF) actually translates into submission to US desires.

The extracts from the interview are given below,

“Pakistan will soon stop looking towards IMF for assistance. The last session with IMF is underway right now.”

He went on to say that by 2050 Pakistan will become the 18th biggest economic nation across the world.

It is imperative to note in the world of finance which is governed by cash flow management or balance sheet adjustments, the word ‘soon’ needs to be quantified  especially when it boils down to the commitments of  Pakistan Muslim League-Nawaz (PML-N). The country was supposed to be free from load shedding in three months which now has been changed to five years; the ground reality suggests that it is not happening as usual it was a political stunt to get maximum votes at the time of elections.

On the contrary, one should visit the website of IMF to find out what is happening,

“Summary: A 36 month, SDR 4,393 million (216 % of quota) Extended Arrangement under the EFF was approved by the Executive Board on September 4, 2013 and the ninth review was completed on December 18, 2015, for a total disbursement of SDR 3.6 billion.1 The 11th tranche amounting to SDR 360 million will be available upon the completion of this review.”

It may be concluded that the latest stunt of property tax may be looked upon as a bridge finance to avert further borrowing.

The current regime has embarked upon setting up power projects and has made another political stunt by claiming that Chinese investment is here. It might be news to readers that each investment project is backed by sovereign guarantee of government of Pakistan – these in pure finance terms are called debt.

The projects being setup are on the strength of the government of Pakistan guarantee rather than the investment climate of the country. It may not be out of place to claim that any individual can get any amount of investment from any part of the world provided the initiative is backed by a government of Pakistan or even a local bank’s guarantee. The nation should comprehend that the repayment on each loan is guaranteed which is inclusive of interest repayment as well.

PML-N has played its cards well as they are sure of their failure in 2018 elections and any political party taking over will fail with a maximum period of 24 months resulting in the return of PML-N and we shall then witness the commencement of a mega media campaign on liquidity/reserves level converging into abnormal increase in inflationary pressures via indirect taxation.

The perspective being produced here is of any sane Pakistani and we are aware that all the projects being targeted are under implementation stages which is generally between 18 to 24 months and the repayment burden will fall on the next regime.

It is difficult, if not impossible to conclude that the ever growing debt is leading the country towards bankruptcy. Martial Law is ‘not’ in the offing only because of the financial health of the country otherwise soldiers would have been at the helm of affairs.

The army leadership is in a fix as the popularity gained in the northern part of the country will be tarnished in the federal capital if they ever make the mistake of takeover. The heavy debt services in the next decade will be a testing time for the country.

The ultimate ‘tragedy’ is that Pakistan has been put under lien to China for making up the shortfall in the power sector but no one has bothered to see the recovery rate of DISCOs. The sale of electricity is a loss making business in the country which is governed by kunda culture and electricity theft. I am afraid that maybe if all the power projects are commissioned, we will end up having more electricity than we can afford to pay for and the government of Pakistan will be doing the deficit financing.

My dear Federal Minister for Finance, your statement is beyond the comprehension of this nation.

The author likes to write about finance.