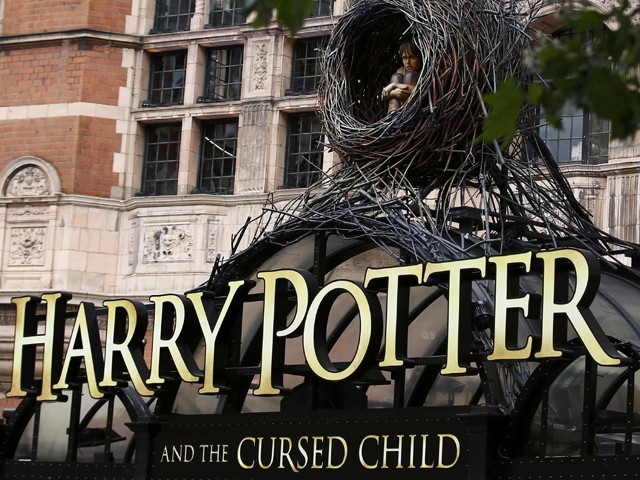 The first time I picked up a Harry Potter book was at the age of 12, when my elder brother threatened to sit on me if I did not try and read one his favourite series. Fearing for my life, I dejectedly picked up The Philosopher’s Stone, and within minutes, I was hooked. Today, nine years later, I still feel that teenage excitement and fixation as I sit on my bed, desperately and acutely ready to soak in the final instalment.

The fandom that surrounds Rowling and her books can only be compared to the great George RR Martin and The Game of Thrones series. Both authors have a wide fan base all over the world, desperate to get an atom’s worth of insight into their respective projects. Unlike Rowling, Martin refuses to succumb to fan pressure and maintains, that even though he may publicly state deadlines for his second last novel, the book “will be done when it’s done,” and that the writing process cannot be sped up until he is satisfied with its final outcome.

Though Rowling held her ground about the finality of the seventh book, the sheer response she would get even to a rumour of another novel was impossible to ignore. Finally putting an end to our misery, and somewhat giving in, she came to a compromise and released not a novel, but a stage version of what could possibly succeed The Deathly Hallows.

As July 31, 2016, approached, Potterheads all over the world eagerly awaited the release of the final book and play, lining up and waiting for hours before sale time, selling out not only the books within minutes, but also the play, a whole year in advance! In Karachi, Dolmen Mall was no exception to this ordeal; the entirety of the ground floor was transformed into the wizarding world, people from all ages were lined up to feel the thrill of the new book. With ridiculous queues and rumours of a total sell out, I decided to get my hands on the online version instead.

Unlike her previous releases, The Cursed Child is pleasantly different. Written as a play, the plot, the writing style, and the details are nothing like what the readers were previously accustomed to. With this disclaimer in mind, we see Rowling’s ideas and storyline diffuse through the script, and immediately are transported back to the familiarity of the wizard world. This time around, she takes the emphasis away from Harry and channels it to his insubordinate second child, Albus, and their strained relationship.

I just opened #CursedChild to start reading and burst into tears when I saw Harry's name. This is the best day.

I HAVEN'T EVEN STARTED READING IT YET AND I'M ALREADY CRYING. #nospoilers #harrypotter #cursedchild pic.twitter.com/yVi76sTqxk

Written in script-form, the story takes us back to the end of the seventh book, 19 years into a post Voldemort era. It depicts the start of a spiralling relationship between a hopeful father and a sceptical and anxious son. With the image and reputation that his father has upheld, Albus is convinced he can’t live up to those standards, and constantly fears he will let his whole family down. Therefore teenage angst and the social acceptance rule Albus’ rash decisions, landing him into a classic Potter-style predicament. With the help of the original gang and a few unexpected associations, the Potters find themselves unravelling a new mystery and saving the world once again from complete destruction.

As with every Harry Potter book, Rowling marvellously touches on delicate issues and explores the turbulent relationships between family and friends.  Since the book is set in modern-day time, it seems to have evolved and grown along with its characters, incorporating not only the magical element that old Potterheads loved to read about, but also relatable, and mundane problems faced by many people today. While transporting her readers to the much loved Potter-crazed era, Rowling also grounds Harry’s character and shows his evolution from a burdened young wizard, to a struggling father, who simply loves blindly and acts irrationally.

The Cursed Child is a distinctively written instalment with unexpected, yet welcomed plot twists and life lessons that will make you pause and evaluate your own relationships and circumstances. It’ll take the timeworn fans to the good old days, returning a piece of their childhood, and help the new fans understand how and why this became such a big phenomenon, and an unforgettable and wonderful piece of literature.

The author is a third year student at Edinburgh University, pursuing a dual degree in Business and Law. Her interests include traveling and make up artistry.