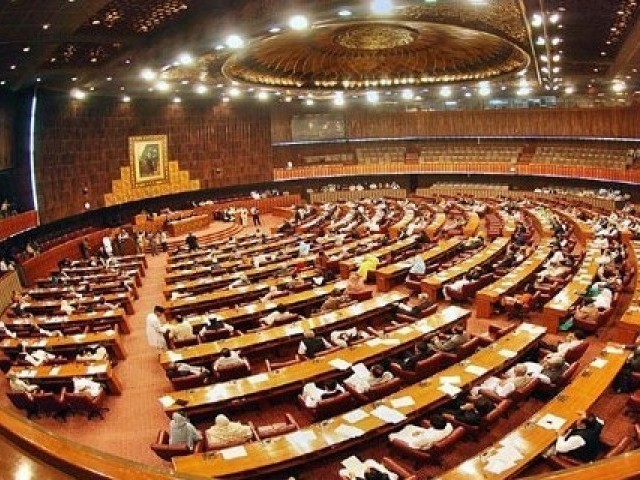 The solution lies in a strong two party system, where both parties are truly representative of the entire electorate of the country.

It is often debated why the political process is so weak in a country as old as Pakistan. Yes, the direct and indirect military intervention is one of the primary reasons, but the poor performance of political parties must share the blame as well.

The country is bitterly divided on ethnic and, arguably in some cases, religious lines. This division impacts political parties to a great extent, as they are in essence a reflection of the sentiments and views of the general populace.

Sadly, right after its inception, the founding political party, the Muslim League was divided and subdivided into so many factions and branches (denoted by an alphabetic letter like N, Q, F, Z) that it is hard to decipher who represents which faction; it is almost an alphabet soup.

The Pakistan People’s Party (PPP) was, in the past, able to boast about being a representative of all four provinces of the country. However, the rules of engagement have changed tremendously in the recent years. Overall, it has a perception of being a Sindhi dominated party, often using its infamous ‘Sindh card’ to its advantage.

The Muttahida Qaumi Movement (MQM), which started out as the Muhajir Qaumi Movement, even with its refined renaming could not change its overall image. It is a party of the ethnic Urdu speaking minority on the surface, while on the mean streets of Karachi it is often remembered by different names.

The Awami National Party (ANP) is a supposedly secular and progressive movement, following the non-violent principles of Bacha Khan. In reality it is a Pukhtoon party with a major vote base of Khyber-Pukhtunkhwa. Similarly, we have the Jamiat Ulema-i-Islam-Fazal (JUI-F) which, although a religious political party wields its K-P centric clout.

Balochistan is riddled with the Balochistan Nationa Party (BNP), the Jamhoori Watan Party (JWP) and many others that cater to the ethnic culture of province.

The Pakistan Muslim League-Nawaz (PML-N), the second largest party after the PPP, headed by twice elected former Prime Minister Mian Nawaz Sharif, is more or less a Punjabi party, with its roots firmly grounded in the Punjab province.

With these divisions along and the lack of cohesive nationalistic ideologies, we end up with weak ethnocentric parties. They cobble up coalition governments, but due to the lack of a unified national strategy and varied interest, they are only interested in engaging in ‘bargaining tactics.’ Not to mention, there are the ‘non political forces’ who do not want any political culture to prosper in the country.

In the end, we have weak coalition governments, often held hostage by stakeholders, who end up hurting the process and alienating the electorate. The disenchanted electorate ends up considering the military a viable option, and often forgets that all the military does is create another PML with a new letter comprised of its own cronies.

The solution lies in a strong two party system, where both parties are truly representative of the entire electorate of the country. The parties must have roots in all four provinces and their ideologies and manifestos should be aligned, not on the basis of the regional language, but the overall national interest. The formation of governments would be a lot easier and the transition from one to the other would be relatively smoother and painless. The political process will prosper and the votes will not be expected based on geographic, tribal or linguistic lines. It will be a new era in national politics, where Pakistan will truly be at the forefront of any agenda.