Our minorities, but not our people 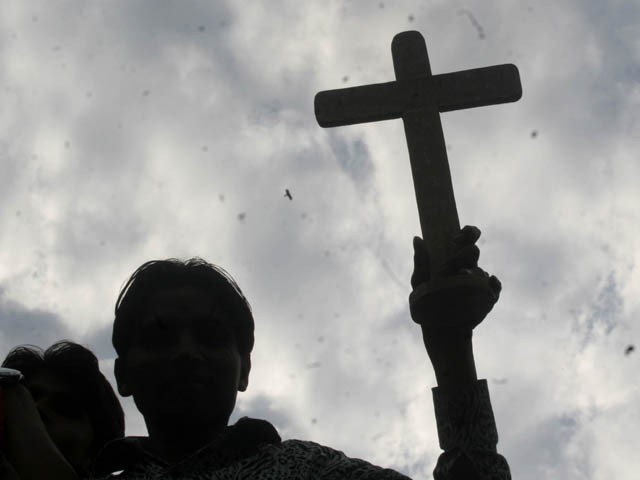 Avinash Kumar and Sateesh Kumar; these were the two latest victims of the undeniably worsening trend of minority persecution in Pakistan. Seventeen-year-old Sateesh is dead. The two boys were targeted because the local community was ‘incensed’ by reports that a Hindu man, Amar Lal, had ‘desecrated the Quran’. Since they were Hindus and easy targets, someone in Ghotki saw them as fair game to act out their deeply (and rather easily) offended religious sentiment.

This incident is disturbing but not just because of its depraved message of murderous retribution for any perceived ‘blasphemy’. It is also a grim reminder of the lack of sensitivity towards psychiatric illness prevalent in Pakistani society.

By the accounts of local Hindus, Amar Lal is mentally ill—and they also deny the accusations of blasphemy against him. What is perversely difficult is deciding whether Amar Lal was lucky or unfortunate to be arrested for his ‘crime’. Why? Because on December 22, 2012, in Dadu, a mentally unstable man was beaten to death by a crowd and his body set on fire on the pretext of his having desecrated the Quran. Out of all the reprehensible things done under the pretext of punishing blasphemy, this sticks out for me as singular in its savagery and absence of empathy.

Next, on January 24, 2014, a 70-year-old Scottish-Pakistani, Muhammad Asghar — who exhibited classic, textbook symptoms of Bipolar Disorder — was sentenced to death for blasphemy (he had claimed Prophethood and written letters to people in this regard). While the sentence has not been carried out yet, he is still incarcerated, in poor health and his family remains concerned about the possibility of an execution.

Those who cannot empathise, accommodate, and feel compassion for the mentally ill cannot have an iota of humanity in their hearts. While the Pakistan Association for Mental Health has made a lot of effort to combat stigma and myths surrounding mental illness they do not have the resources for the sort of campaign that is needed to increase awareness throughout the country. Much more is needed.

One aspect of minority persecution is the propensity of certain clerics and other individuals to vilify them in general, and target them as a community when accusations such as blasphemy arise. If a Muslim is accused of blasphemy only the individual is targeted. In the case of minorities the entire community is targeted, churches and temples are razed; houses are burnt to the ground.

No matter how many ways we try to spin this issue, it is manifest that in many parts of Pakistani society viewing minorities as lesser humans has been normalised. Many grow up learning to have less empathy for the ‘Bania’ and the ‘chuhra’ than for people of the ‘correct’ faith. For all the self-righteous finger-pointing at the caste system over the border, we have developed our own.

This can only change when the constitution of the country makes no distinction between faiths. It will only change when clerics who preach hatred against minorities are held accountable and no longer allowed to peddle hate in the name of faith. It will change after we stop cleaving minorities from the body politic through separate electorates but actually start electing Hindus and Christians in general elections on merit.

But the other aspect of this issue is the lack of will and the impotency of the state I mentioned earlier.

One wonders what it will take for the state to take some sort of meaningful action to stem this sanguineous tide. Outside of token commiserations and handing out a few thousand rupees to victims, nothing has been done to protect minorities.

What justice did the Christians of Shantinagar and Khanewal receive? Where are the perpetrators of the Joseph Colony incident? Who will track down and punish those who planned and executed the Easter bombing at Allama Iqbal Park?

Back in April, when there was an attempted police operation in Rajanpur it ended with a massacre and mass kidnapping of police officers. The media reported that police personnel lacked the proper arms, logistics and even boots. Forget about changing mind-sets, what sort of end to this violence can we expect when terrorists own sophisticated weaponry and seem rather well-funded while the police force is reduced to a sad joke through corruption and lack of budget allocation?

Let us stop deluding ourselves that any progress has been made when it comes to the treatment of minorities or law and order in general. Without thorough police reform and the rooting out of corruption in politics we will have neither the leadership nor the capability to end this madness.