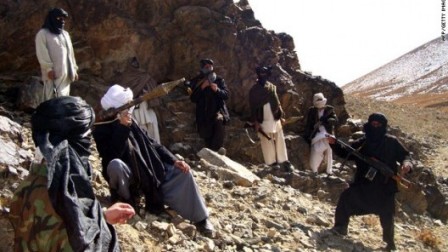 Why don't our policymakers realise that there are no 'good' and 'bad' Taliban?

Militancy has not only changed the lives of countless people in territories east of the Durand Line, but also made several drone and suicide attacks, Taliban and Blackwater, household terms across the country.

The Pakistani version of Taliban has also gone under a metamorphosis. What started as local Taliban or neo Taliban were then called fasadis and now terrorists. Following the US’s mulling over withdrawal from Afghanistan, they came to be classified into good and bad.

Contrary to their Afghan counterparts, the Pakistani Taliban have proved to be a more deadly breed. The army had to go into the mountains of Swat in the north and Waziristan in the northwest in pursuit of these ‘bad’ Taliban. The war is raging on and there is little hope that this conflict will die down soon.

This whole scenario is the product of the erroneous approach of using the flawed principle of ‘strategic depth’ vis-à-vis Afghanistan.

Only recently, Amnesty International released a detailed report titled “As if hell fell on me,” on the conflict zone within our borders. It claimed that four million people are living under the Taliban rule and have been abandoned by the state. The government was quick to reject this report as baseless. Then the London School of Economics released a report which accused the ISI of funding and training the Afghan Taliban. The government rejected this as well.

Our security establishment’s romance with jihad proved to be the proverbial sowing winds and reaping whirlwinds. The jihadists trained against India and for making Afghanistan our stooge have turned against us. Why don’t our policymakers realise that there are no ‘good’ and ‘bad’ Taliban?

The language of education