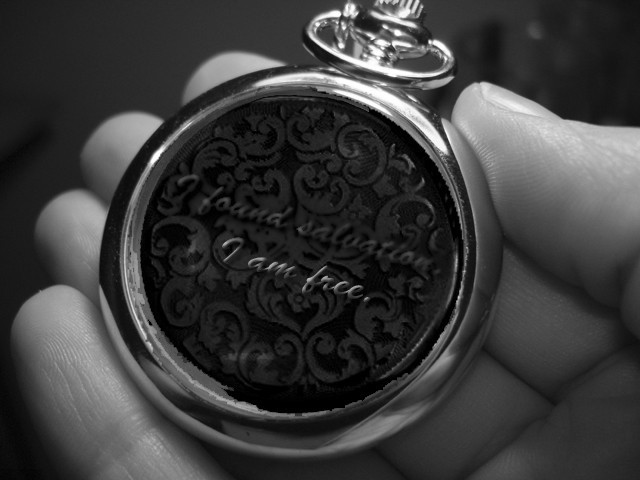 As he struggled to sit down on the bench, he saw Amjad’s pocket watch sitting beside him. He picked it up with trembling hands, turning it around in his hands, he thought about his meaningless empty life with no one to love.

“I am Parvinder Kor! I boarded this train when partition was announced in 1947! I never reached my destination. Our entire train didn’t. Ours was a small village near this station. As partition was declared, my village people decided to move quickly. I was going to be married that night, but our village was under attack and so we left for the station in a hurry. All the areas surrounding our village were Muslim majority areas. They started killing our people in retaliation of their own kin dying on the other side of the country. So we fled for our lives. Our father hurried us into the train. Some found seats to sit, some did not. But that was not our major concern. Our priority was to leave as soon as possible. My fiancé was amongst the last passengers to enter the train and then, finally, we heard the departure sirens. Heaving sighs of relief, we prayed to Waheguru for a safe journey. But, I think Waheguru was busy that day. The train was stopped in its tracks. Hordes and hordes of bearded Muslims entered the train carrying spears and knives. Blood spattered everywhere… My mother… she…”

Parvinder broke into tears. Amjad wrapped his arm around her shoulders and looked at Saleem angrily. To give her time to get hold of herself, Amjad continued the story.

“I had jumped on the train to kill the infidels and pagans, to purge our land of their filth. Instead, I ended up the saving the life of one of them. I saw Parvinder for the first time when she was in deep trouble. Two of my Muslim brethren had grabbed her and her mother by the braids and were going to take them off the train. She struggled to break free and her captor sliced open her face with the edge of his knife. I felt as if someone had ripped my heart out of my chest when I heard her scream in pain. I threw down my hostage and went to save her. I knew she was one of them but all that I could think of in that moment was that she wasn’t my enemy. She was in pain and I could not stand it. Not at all. So when I tried to save her, my brothers turned on me. They threw me off the train and my leg broke.

“Meanwhile, the train driver had been struggling to get the train started again. As the engine started, some of the attackers jumped off and ran away, shouting in triumph, waving the looted goods and jewellery. A few had died in the fight, some wounded. The train ebbed away from the station with barely any survivors. It was a horrific sight. Rivers of blood ran down the doors and windows. Torn up clothes and body parts peeped out of the window shutters. I called out for her in tears. I cried out for not having been strong enough to save her. The train moved away. Finally the station was empty. Night fell. No one came looking for me. I cried out for help too, the pain was unbearable. My voice died in my throat. I lay there helpless and delirious with pain. Then it might have been around midnight that I heard another train approach! It screeched to a stop at the station. I was lying in the shadow of a pillar. The moonlight illuminated the passengers who disembarked. It was unbelievable. It was the same train!”

“The same train????? How is that possible?” Saleem exclaimed in alarm.

Amjad looked at Saleem, angry for his interruption,

“If you do not want to believe me then leave. If you want to hear what is next, then remain quiet.”

“Sorry sorry. I want to know!” Saleem said hurriedly in an apologetic tone.

“But they will come soon!” Parvinder urged them again.

“Even if they do, my dear, I do not fear them today. I have decided to board this train with you. I cannot live this empty life without you. Meeting you once a year is a bargain too flimsy. I have no family, no responsibility and very little time left in this world. Instead of dying alone in my bed, I will embrace death by embracing you, my dear!” said Amjad looking at her with all worlds’ love in his eyes.

“But… Amjad… You cannot die for me. That would be suicide!” sobbed Parvinder.

“No, my dear, it would be salvation!” Amjad smiled at her. “As for this idiot, he will hide and if they happen to find him, I will give them my life instead. I have decided to, anyway.”

Settling this matter, he gazed deep into her eyes.

Oblivious to Saleem’s presence, they gazed at one another as if trying to study each and every feature, every lash, every hair, and every cell. Amazingly enough, the sight of this mismatched couple did not seem comical to Saleem anymore. Instead, he was transfixed.

As he stared at them, the train siren startled them all again.

“I sure as hell would have been out of this place, if any of the actual trains had made it here in time!” thought Saleem irritably.

He hurried towards his hiding place. Amjad and Parvinder stood up. The train screeched to a halt. Then it was bedlam. Figures with torn clothes, torn limbs, and bloodied faces charged forward with weapons in their hands. Their turbans in disarray, beards flying wildly and the fury on their faces made them a horrific sight to behold. They raged across the entire length of the station shouting and waving their weapons in the air. It seemed for a moment that they will come right at him. Saleem ducked further behind the broken bench, slouching out of sight. He wanted to look away but he could not tear his eyes away from the bewitching chaos that ensued before him. His heart pounded in his ears and his blood pumped fast in his veins.

“This is mind-boggling!!!” he thought.

Parvinder and Amjad waited for the furious rally to end. As the angry men started inching towards the train, Parvinder ran towards it dragging Amjad along. None of the furious lot had yet seen the pair. Parvinder ran harder to get to the gate, with Amjad trying hard to keep up. Saleem saw him board the train and as soon as he stepped foot on it, an angry brute Sikh ran a spear through him. His heart-wrenching screams echoed in the empty station.

Saleem shouted out in horror at the gory sight in front of him. The train moved away and disappeared into distance. Shaking a little, Saleem scrambled out of his hiding place onto the station. He walked gingerly towards the bench where the old man had been sitting. He felt something wet on his face. They were beads of perspiration and then came the tears. He was not sure why he felt that way. As he struggled to sit down on the bench, he saw Amjad’s pocket watch sitting beside him. He picked it up with trembling hands, turning it around in his hands, he thought about his meaningless empty life with no one to love and then he thought of the horribly matched pair that had been mutilated and had given up their lives in order to stay together. Twirling the watch around in his hands, he noticed the writing at the back. Squinting, he tried to read the words. In a very small font, etched on the watch were the words:

I found salvation. I am free.

A smile broke across his face as he read the words.

“He is free. He found salvation. Love is the final salvation,” Saleem spoke these words out loud.

Dawn was breaking out around him. Light was appearing. He stood up and pocketed the watch. Picking up his backpack, he smiled as thought,

“I have figured out the course of novel… and of my life!”