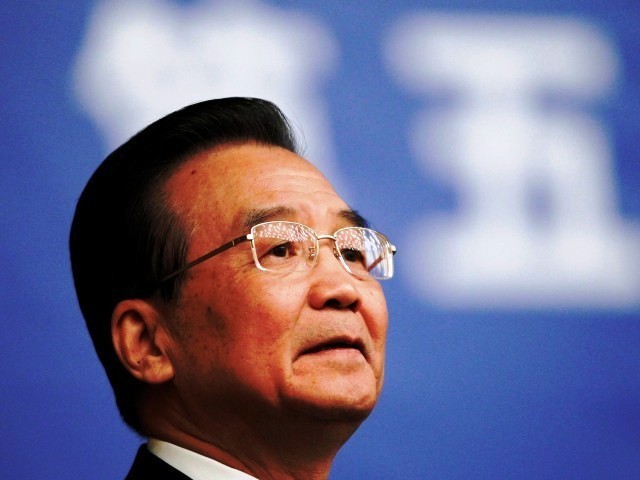 The contention for today lies squarely with the message rather than the medium.

Forgive this little presumption of an open letter to the Ministry of Information & Broadcasting (there could very well be another Ministry in charge, one is not singling out here) but in its eternal labour of serving the country, one finds their toil riddled with well-meaning bugles or inadequacies. Responsible as they always are for ‘communicating’ the government’s will and intent , they are also its welcoming hand, proffering it through street sign or billboard to all foreign dignitaries that may visit the country or the capital. Of course this is its mandate.

Recently in greeting the Chinese premier, Islamabad had been festooned in welcome, many a billboard and flyer felicitating the head of state and proclaiming the great friendship that the countries had. This is all well and good — none seem to deserve it more than the Chinese. Without any political leanings whatsoever, the Chinese have always been fast friends for as long as one can remember and these mere tokens are the least one can do.

One’s issue is not with this, no. The contention for today lies squarely with the message rather than the medium, a pronounced display of possibly the most unimaginative, hackneyed use of the English language one has ever seen, so causally oblivious of its deficiencies. One has seen this be done countless times before, where turning a phrase has struck these wordsmiths as if a challenge like the Gordian knot.

The best they can possibly come up with is ‘win-win friendship’. Yes, this is the very best they can do, a seeming cracker of a phrase. Though demotic, denoting mutual benefit, ‘win-win’ is exactly the type of jocular 90’s management speak that spawned such drivel as ‘open-door policy’, ‘ball figure’ and so on.

Such phrases have been done to death and honestly speak of monotony and idiocy. Win-win’s use is most unbecoming when used at such a level. One could see it being used in say a commercial or an advertisement, some mobile company plying their wares, but from one government to another?

It clearly demonstrates the degree of infantile thinking that has gone into coming up with it. Other such hokey lines as ‘Pakistan-China : one family’ and ‘ may our friendship last a hundred years’ or something to that effect, are too, run of the mill catch phrases that are really quite shallow.

One has no problem with garlanding the city with the visiting premier’s national flag but it seems even this is too much to ask for as one may remember a couple of years ago the utter snafu that was created when the Czech’s prime minister was visiting.

With almost disregard, so large was the hoarding, the ministry or whoever is in charge of these botches, plastered a flyover with a welcome sign bearing the flags of the host country and its guest. Of course in their benighted way they forgot to cross reference with a primary school geography book or even the internet and put up a chequered flag instead of the actual Czech flag, thinking that if its sounds alike, it probably looks alike.

Of course that could have been merely an oversight but what of these nuggets that one has to suffer every other day?

On Kashmir day, they almost jump off the printed screens, blaring ‘self-determination now!’ accompanied with badly photoshopped images of Indian soldiers pointing guns at the heads of our Kashmiri sisters, evoking more incredulity than indignation. Who is in charge of this?

To whoever’s credit at least once they got it right, showmanship fine tuned, with the Pak-China Friendship slogan written across the Margallas. This was a couple of years ago but one appreciated its simplicity and grand standing. They could and they did. At least it wasn’t coined scratching ones head.